We rank the best 20 actors of all time. 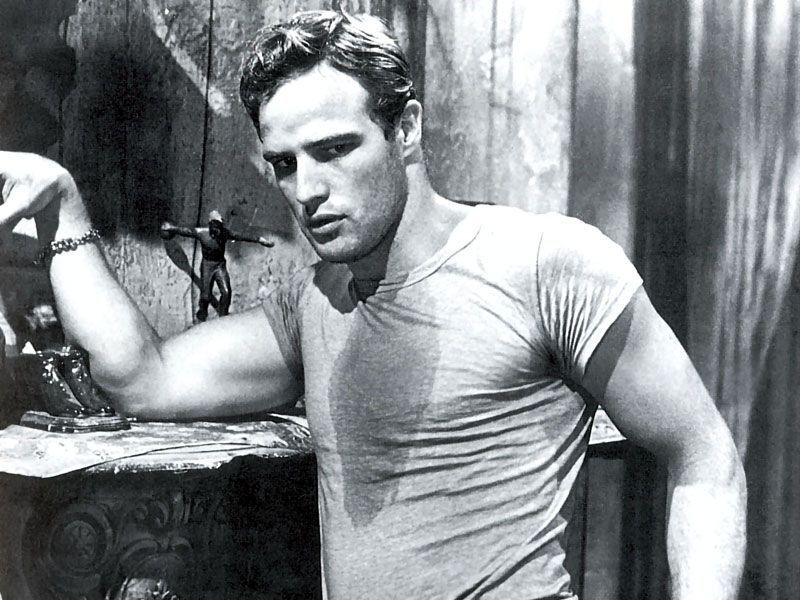 3. Marlon Brando (1924 – 2004)
Key Roles: A Streetcar Named Desire, The Wild One, On the Waterfront, The Godfather, Apocalypse Now

No actor has had a greater and more lasting influence on both pop culture and the craft of acting than Marlon Brando. His performance as Johnny Strabler in The Wild One, a minor biker picture from 1954, established the dress code and vernacular of masculine cool for decades. Johnny’s leather-and-denim uniform — later adopted by James Dean and Elvis Presley — and his macho petulance became shorthand for a Bad Boy archetype that resonated with teenagers well into the punk era. As for Brando’s artistic legacy, we have him to thank for the rise of Method acting in general, and to blame for Jared Leto’s ludicrous preparation for a cameo in Suicide Squad in particular. 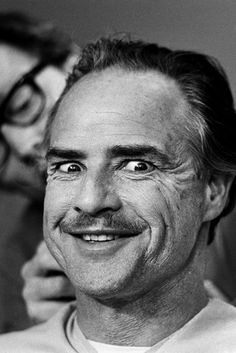 Brando is best remembered for his intensity. He could be loud, shouting “Stella!” to the night sky, with blinding rage as Stanley Kowalski in A Streetcar Named Desire. Or he could be quiet, channeling danger with an offer, one not to be refused, with a garbled threat as Vito Corleone in The Godfather. But his genius was one of tenderness and vulnerability. Brando’s Stanley, a taut coil of libidinous menace, betrayed glimmers of genuine affection for Kim Hunter’s Stella despite his overall brutishness. With his Vito, Brando brought frailty to a mob boss with a bizarre, ad-libbed death scene that featured an orange wedge in the mouth.

Marlon Brando’s career can be cleanly split in two. His early work, in the 1950s, was defined by his status as a male sexual specimen with overwhelming talent, even if some films have aged poorly (like Viva Zapata!, wherein he triumphs in brown-face). Brando’s creative resurgence in the 1970s added corpulence to his sexuality (see: Last Tango in Paris). He brought crushing pain to Vito Corleone’s familial disappointment and Colonel Kurtz’s whispers of existential “horror” in Apocalypse Now.

Terry Malloy, the hero of On the Waterfront, remains Brando’s definitive role, the zenith of his brilliance. Here he is, a crushed pugilist with a sad brow and heavy eyelids, washed-up and mournful. In a cab, and beside his gangster of a brother Charley, Brando delivers his iconic “I coulda been a contender” speech. A lesser actor would have brought fire. Brando, instead, brings dejection and grace. He waves away Charley’s gun with an offhanded bat and launches into one of the finest monologues in film history as if it were a casual exchange. Naturalism hasn’t felt so show-stopping or grand ever since. – Peter Tabakis