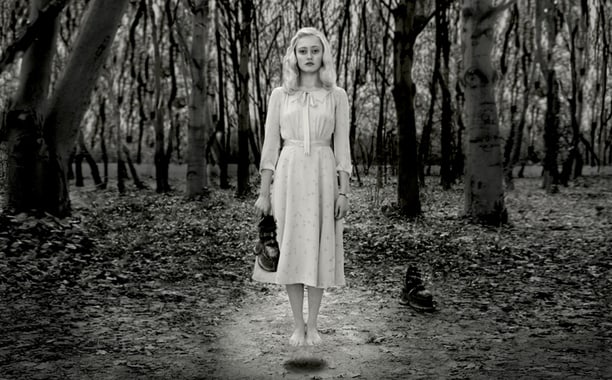 Miss Peregrine’s Home for Peculiar Children, Tim Burton’s new film based on Ransom Riggs’ bestselling novel, is a baffling adaptation. One of the few bestselling fiction books with an actual visual aesthetic (Riggs based his “peculiar children” off of real antique photographs of apparent phenomena and includes these photos in his book) has been robbed of its distinct, vintage flair, and the peculiar children now look like CGI-assisted escapees of Burton’s 2010 adaptation of Alice in Wonderland. Even worse, Riggs’ story, a genuinely scary tale of millennial angst told from the perspective of the delightfully droll protagonist Jacob Portman, has been stripped of both its wit and its scares by Burton and screenwriter Jane Goldman (Kick Ass, X-Men: First Class).

Though Miss Peregrine’s Home for Peculiar Children suffers in comparison to its excellent source material, it does also suffer when taken on its own. The poor special effects, uninspired design and bland performances make the film itself feel as grey and gloomy as the stormy Welsh island where most of it takes place. The film begins in Florida, where Jacob witnesses his grandfather (Terrence Stamp) murdered at the hands of a horrible, tentacle-tongued monster, but not before whispering some cryptic clues to Jacob. When looking through his deceased grandfather’s things, Jacob finds a postcard from Miss Peregrine, headmistress of the orphanage where his grandfather was raised. He becomes convinced that his grandfather wanted him to track Miss Peregrine down. His psychiatrist (Allison Janney) encourages his parents (Kim Dickens, Chris O’Dowd) to take him to the orphanage in order to set Jacob’s mind at ease, and, as a result, Jacob and his father take off for Wales.

It doesn’t take long for Jacob to find the orphanage, but he learns that it was bombed in 1943 and has been in ruins since. This makes no sense to Jacob, as Miss Peregrine’s postcard came from just two years before, not 70. Jacob continues exploring and soon discovers a “loop,” a bubble of stopped time where supernatural headmistresses (called “ymbrynes”) protect children with special powers (“peculiars”). Miss Peregrine’s particular loop is in 1943, and Jacob finds her (played by Eva Green of Casino Royale and television’s Penny Dreadful) running a tight ship in an English manor house overflowing with peculiars.

Green is wonderful in the role of Miss Peregrine and delivers the film’s only memorable performance. This is less the fault of the rest of the cast – which includes excellent actors like the aforementioned Stamp, Janney and Dickens and also Samuel L. Jackson, Judi Dench and Rupert Everett – and more a result of Goldman’s script and Burton’s direction. In Green, Miss Peregrine retains the qualities of the book’s Miss Peregrine, a mysterious blend of beauty, quirkiness, militancy, petulance and the ability to transform into a stunning peregrine falcon, and Burton allows Green to take over where other characters all seem to fade in comparison to the overblown effects and ornate costumes (created by the legendary frequent Burton collaborator Colleen Atwood).

Those who suffer most are the peculiar children themselves. The film uses them as little more than special effects and their tragic backstories and interesting blend of childish wonder and elderly grump makes them so fascinating in the book is missing here. Faring worst of all is Emma, played by Ella Purnell of Maleficent. In the book, Emma can control fire and is a fascinating, tough character who inspires Jacob with her bravery. Burton and Goldman have swapped Emma’s powers with a smaller character from the book, Olive, and in the film Olive controls fire while Emma floats, staying on the ground by using metal shoes that look like a torture device out of Burton’s own Sleepy Hollow. The change works aesthetically and could have worked in terms of the plot if Goldman and Burton had allowed Emma to keep her metaphorical spark if not her literal one. But she instead serves as little more than a love interest, a shame considering what a wonderful character she is on the page.

Suffering as well in the adaptation are the villains, led by Samuel L. Jackson’s Barron. First of all, it’s jarring that the only character played by a minority in the entire film is the villain. This is the 21st century. Do better. But beyond that, the villains have been reduced to eye-gobbling caricatures and, through over-the-top performances and bad CGI, have lost all of their menace from the books. The demons that Barron controls, called “hollowgasts,” have been imagined here as a very derivative cross between Resident Evil’s lickers and Silent Hill’s needlers. and they’re so blatantly computer generated that it sometimes doesn’t even appear that the actors are looking at them but rather at a mark on the floor where they will be placed after filming.

This sense of sloppiness is present throughout the film. For example, three different characters pronounce “ymbryne” differently, which makes it seems as if no one bothered to decide how it should be pronounced. And the final battle takes place on a snowy pier that looks as if it were shot in a big empty parking lot.

Though the film is generally a disappointment, there are several points of light. First off is Green, who doesn’t put a foot wrong in her role of Miss Peregrine despite not actually having that much screen time. There are also several references to special effects/Claymation legend Ray Harryhausen, including a scary fight to the death between two animated zombie dolls and a surprisingly entertaining battle set to EDM music that features an army of Harryhausen-inspired skeleton warriors.

The overall feeling, however, is that, despite a talented team, Miss Peregrine’s Home for Peculiar Children is a surprisingly bad adaptation of excellent source material. The book has two great sequels, and one hopes that, if they’re made into films, the filmmaker who takes them on pays more attention to art and performance and less to spectacle and special effects.