The most impressive aspect of the Robert Langdon film series being a billion dollar franchise is how ruinously mundane its premise and core structure continues to be. The Da Vinci Code was the most boring blockbuster ever released, perhaps because of how slavishly it adhered to Dan Brown’s popular novel. Director Ron Howard was shaken on some level by its critical reception, so Angels & Demons featured him feverishly dialing up the intensity and gloss to artificially make the film feel less like middle aged white people in tweed fucking over a bed of unfinished sudoku puzzles. But saying “third time’s the charm” for Inferno would be a mite too generous. It’s definitely the best Langdon adventure yet, but that’s only because it finally embraces the inherent absurdity of a symbology professor moonlighting as an action hero.

Inferno smartly sidesteps the well worn set-up of the previous films, thrusting the viewer in media res with an oppressive, frenetic visual scheme that would make even the late, great Tony Scott blush. The central conceit of Professor Langdon being brought in to solve a mystery using Wikipedia facts remains, but this time, that’s already happened before the opening credits. Problem is, Langdon doesn’t remember it. He starts the film in a hospital bed with no memory of the past 48 hours. Here, he first has to unravel the mystery of what mystery he’s been brought in to unravel, and by whom, and why. It’s a pleasant change of pace that gives the film a sense of immediacy that balances out its obsession with historical arcana.

Tom Hanks returns in the lead role, imbuing “Dadbod Indiana Jones” with far more likability than the character or the series really deserve. He’s joined by Felicity Jones as Dr. Sienna Brooks, his reluctant foil with an equal penchant for code breaking. Together, the two are on the run from corrupt cops, the World Health Organization and a shadowy criminal cabal, all after the secret to an apocalyptic virus left behind by Bertrand Zobrist (Ben Foster), a recently deceased billionaire obsessed with population control. If that doesn’t sound Da Vinci Code enough for the diehards, Zobrist was also obsessed with the poet Dante, so the breadcrumb trail leading to his doomsday MacGuffin is laced with art history tidbits and a lot of museum foot chases.

Nothing that unfolds in the film is particularly mindblowing, no twist or turn too shocking, and no lessons learned by the core cast offer anything of substance thematically. But this franchise caters to a very specific demographic, puzzle fetishists with a cursory understanding of art history. To that end, all the film really has to do is contrive a series of anagrams for Langdon to solve and craft tangential threats surrounding his brainstorming sessions. Inferno accomplishes that by setting Langdon on the run, inundating the viewer with blunt force surveillance state imagery a la the Bourne films while Tom Hanks squints at paintings and fights off overwrought hallucinations of Heaven and Hell. It’s nothing audiences haven’t seen before, nor is it presented with much flair, but it’s functional and paced well on a level neither of the last two outings were.

The most effective elements of Inferno all feel like broken fragments from other, better movies, specifically in the heavy Hitchcockian undertones inherent to any everyman on the run narrative. But the two things the movie does the best are also complete afterthoughts. First, there’s a coherent, believable (and age appropriate!) romance between Langdon and WHO head Elizabeth Sinskey (Sidse Babett Knudsen) that gives the hero more dimensions on-screen than the five hours his last adventures offered combined. It’s refreshing how natural Hanks and Knudsen’s chemistry is, even if it subtly reminds the viewer they could be watching an entire film about just these two with no dust ridden Rubik’s Cube bullshit getting in the way. The real MVP, however, is Irrfan Khan as “The Provost” Harry Sims, the head of an underground crime network called The Consortium. Khan is interesting, calculating and utterly hilarious, coming off like a Bond villain who stumbled into a less exciting movie and can’t help but be underwhelmed by the proceedings. It’s the most fun Khan has ever had on screen and implies a wider world of colorful characters for Langdon to interact with that doesn’t involve 1) a church or 2) a museum.

That academic claustrophobia stifles this film series from really sprouting its wings. Obviously, that’s a byproduct of Brown’s source material, but if Robert Langdon is to succeed long term as an action protagonist, he needs more variety, in terms of setting and tone. Inferno is a step in the right direction in opening up new possibilities for future installments, but it might not hurt to get some fresh blood behind the camera so Ron Howard can stop straining himself so damn hard. 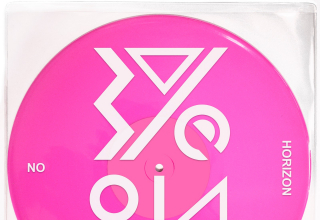