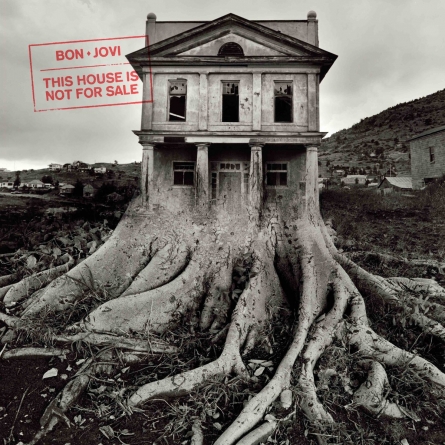 It’s hard to say what has the New Jersey boy cheesed.

Bon Jovi: This House Is Not for Sale Jedd Beaudoin

Jon Bon Jovi has never been known as a tough guy, though he has occasionally rocked harder than most, especially in front of huge crowds. Here, on the first release without longtime guitarist Richie Sambora, he sounds angry. His teeth are bared, his fists clenched, his mind on fighting in the street, especially on the generic “Knockout.” The song sounds like an NFL anthem, intro music for Riverdance, a Paul Stanley outtake or all of the above. It also sounds like a put-on, a guy singing about all this tuff stuff when you know he probably hasn’t raised his voice in anger in ages.

It’s hard to say what has the New Jersey boy cheesed: Perhaps Sambora’s departure, hinted at in “Labor of Love.” Maybe it’s the season to sound enraged and he knows that nearly half of America will be irked by election results and teeming with impotent rage. Even if you love Bon Jovi, and there is plenty of reason to do so, you have to concede that there’s always been something a little contrived about it all. If you always wanted a far less political, handsomer Bruce Springsteen with a better voice, Jon Bon’s your man.

Even when he’s peddling pallid numbers such as “Roller Coaster” and “New Year’s Day” (apparently we’re not smart enough to know what carpe diem means, so he echoes it with “seize the day”), he sounds like a man possessed, deeply committed to winning over even the most hardhearted of listeners. He tries a little too hard on “The Devil’s in the Temple,” a song that wants to bridge Led Zeppelin and Garth Brooks but can’t quite reconcile the distance.

But these are enjoyable songs, at least in the moment. They’re filled with recognizable sentiments, familiar feelings and all the hopes and dreams we secretly experience while tucked away in our cubicles, longing for the weekend. “Scars on This Guitar” is bound to become a karaoke/open-mic tradition, a song to close down the bar if ever there was one. “God Bless This Mess” will not allow you to resist its charms; it’s an aging rocker’s lament but also the one that pencil-pushers with hangovers can relate to as well. “Reunion” will be used in montages at plenty of gatherings in the coming years, its sticky-sweet notions more on point than “Forever Young” or “Hallelujah” could ever be.

“Come On Up to Our House,” intended to close the non-deluxe/foreign-market versions of the record, is the kind of trite but true stuff Bon Jovi has been doing since at least Slippery When Wet. Though the tradition reached its peak with that record’s “Never Say Goodbye” (which should’ve been a hit), this go ain’t half bad. A number of bonus cuts round out the collection with unnecessary variations on the same, though stalwarts will find plenty to enjoy there too. The house may not be for sale, but the emotions and the songs are, so why not buy in? It’s part of the American dream—or at least the made-for-TV version.

Jedd Beaudoin hosts the syndicated music show Strange Currency at KMUW in Wichita, Kansas. He teaches in the fields of art history/subcultures and English and contributes to music sites such as this one when he can.