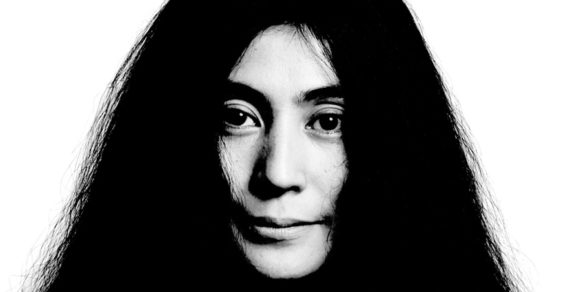 It seems strangely fitting that the 21st century reissue campaign looking to champion the underappreciated works of Yoko Ono should be spearheaded by an indie label, this despite their originally having been released on the Beatles-owned Capitol subsidiary Apple. As Secretly Canadian teams with Chimera Music – an artist-friendly label and arts collective spearheaded by Sean Lennon – to reintroduce Ono’s music, the time seems right for one of the more influential and forward-thinking underground artists of the last half-century to finally receive her critical and cultural due. Far more than the purported she-devil who caused the break-up of the Beatles, Ono has long been an artist in her own right. From her time with the Fluxus group to her early interactions with noted avant-gardist composers La Monte Young and, perhaps most crucially, John Cage, she has long presented herself as an artist at the forefront of creative thinking.

From an artistic standpoint, this manifested itself in her early attempts at conceptual and performance art pieces inspired by the neo-Dadaism of Fluxus and the New York art scene of the early 1960s, within which she played a pivotal role. By the time she and John Lennon met for the first time, she was a far more established and celebrated underground figure than the mop-topped pop star. Instead it was through the work of Ono and her contacts within the avant garde world of music, art and film that Lennon would find virtually his whole artistic outlook turned on its ear. Naturally, those drawn to the music of the Beatles in the mid-to-late-‘60s were drawn to a more mainstream pop sound, one to which the then contemporary crop of avant garde musicians largely ran counter. So when elements of tape music and musique concrète began creeping onto Beatles’ records, traditionalist fans began crying foul.

Of course, few bothered to investigate the subject at any length, in which case they would have found that it was Paul McCartney more so than Lennon who was enamored of the avant garde’s musical abstractions. As an outsider, Ono was easy to vilify and, given the difficulty of her art – both aural and visual – a backlash directed at her was sadly inevitable due to the public profile of her future husband. And yet, thankfully, the pair were seemingly oblivious to the antagonistic response their early recordings were to receive.

Beginning with 1968’s Unfinished Music No. 1: Two Virgins, they began a full immersion into the world of musique concrète. And while their artistic aims may well have been noble and genuine, the finished product decidedly left something to be desired. Rather than revolutionary steps forward within the world of the avant garde, Two Virgins instead played more as a vanity project embarked upon by an increasingly jaded pop star following his muse into wholly – for him, at least – uncharted territory. The results of this are self-indulgent and often irritatingly childish at best; it’s not for nothing that the album’s most notable feature has long been its controversial cover photo featuring the newly-weds fully and unashamedly nude. Even with the seemingly progressive mindset of the peace and love generation, this stark image proved a bit much to take.

The following year’s Unfinished Music No. 2: Life with the Lions devolves even further into the idiosyncratically self-indulgent, playing more like the work of a pair of teenagers let loose with a tape recorder than the work of serious artists. And yet, like its predecessor, there’s something in this unabashed innocence and freeform creativity that can be seen as appealing. With the album’s second half having been recorded whilst Ono was in hospital for a pregnancy that was ultimately lost, the sound of the unborn child’s heartbeat on “Baby’s Heartbeat” becomes all the more affecting. Indeed, Lions’ cover photo may well be an even more intimate look at the couple, as Ono lies in her hospital bed and Lennon lies on the floor beside her, the pair utterly inseparable and experiencing each and every moment together.

Both of these early albums are augmented with bonus tracks that show Ono to be a budding folk/pop songsmith in her own right. The twee folk innocence of “Song for John” bares traces of Lennon’s own paeans to Ono in the form of Imagine’s “Oh My Love” and “Oh Yoko!,” its plaintive acoustic guitar and simple vocal melody hinting at what was to come later as the pair explored more traditional songwriting together. Similarly, “Remember Love” sounds as though it were a lost Marianne Faithful or even Vashti Bunyan track, its delicate folk guitar and singsong melody a lovely contrast to the tape manipulation and conversation fragments of Two Virgins’ “Side One” and “Side Two.”

And while these two albums may well be better suited for completists and Lennon-fetishists alone, 1970’s Plastic Ono Band – not to be confused with Lennon’s album of the same name – is a revelation. Long derided as the unlistenable, atonal sibling to Lennon’s own album, Plastic Ono Band is, heard through modern ears, nothing short of stunning. Presaging post-punk, free funk, no wave and a host of other avant gardist genres that wouldn’t begin gaining critical attention for nearly a decade, “Why” finds Ono’s inimitable wailing and vocalizing in direct conflict with Lennon’s own visceral guitar slashing. Neither is so much playing their respective instrument as using it as a sort of deep catharsis, digging deep into their co-mingling psyches to create a claustrophobic cacophony that would give the likes of the Contortions a run for their money.

With fellow Beatle Ringo Starr and long-time associate Klaus Voormann on board, Ono’s own Plastic Ono Band drew on the same star-powered roster as Lennon’s, using much of the same personnel in far more interesting and arresting ways. Adding to this, “AOS” features Ono paired with members of the Ornette Coleman Quartet, delivering a sound reminiscent of Brigitte Fontaine’s Comme à la Radio, recorded the following year with the Art Ensemble of Chicago. It is here that Ono truly began to find her voice as a creative musician and, as such, serves as an ideal starting point for those looking to explore her unjustly overlooked oeuvre.

That modern listeners will now have the chance to do so via this trio of recordings and the remainder of her catalog up through 1985 is a welcome chance for renewed critical assessment of this unfairly vilified, forward-thinking creative force. Credit is due to those at Secretly Canadian who saw fit to reintroduce Ono’s wholly unique vocal and musical presence – try not to hear Björk or Diamanda Galás in her otherworldly ululations – in an era when true creative expression may well prove more vital than ever. Those who skip both Two Virgins and Life with the Lions cannot be faulted, as they test the patience of even the most adventurous of listeners. But those who pass up Plastic Ono Band are missing out on not only an unbelievably progressive set of recordings, but also some of the most vital music Lennon himself was ever associated with. With any luck, 2016 will see the start of the great Ono reappraisal, something both long overdue and well-deserved.