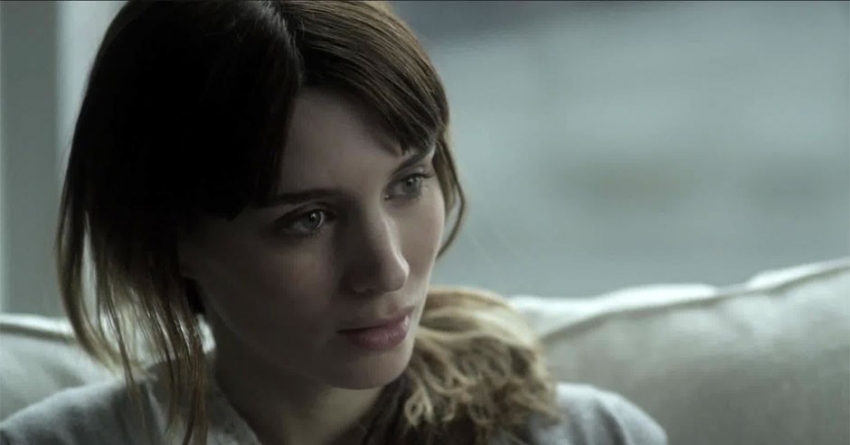 Stands alongside Soderbergh classics as a modern take on classic genre filmmaking.

When Side Effects was released, it’s fair to say the film was overshadowed by Steven Soderbergh’s announcement that he intended to retire from directing. As with most retirement announcements, Soderbergh was vague, saying that he might focus more on painting, but he was also honest about his work ethic and the appeal of an industry that he’d worked in for decades. How long could Soderbergh remain retired? Some critics used Side Effects as proof positive that Soderbergh was in need of a break, calling the film a somewhat preposterous Hitchcockian psychological thriller. But, while Side Effects may have a glossy Hollywood exterior, it stands alongside Soderbergh classics as a modern take on classic genre filmmaking.

The film opens on an ominous tracking shot of a trail of blood through an upscale New York apartment before cutting to three months earlier as Emily (Rooney Mara) reunites with her husband, Martin (Channing Tatum), who has just finished serving a four-year sentence for insider trading. But it’s clear that his absence, as well as his return, have taken a toll on her. Through conversations between the two, we learn that Emily’s reliance on antidepressants isn’t new. And Emily doesn’t seem thrilled to have Martin back. She goes as far as to drive into a parking garage wall in an apparent suicide attempt.

The nuances of her emotions play out through sessions with her psychiatrist, Jonathan Banks (Jude Law). Based on Emily’s increasing instability and at the suggestion of Emily’s previous psychiatrist, Victoria Siebert (Catherine Zeta-Jones), he prescribes her Ablixa, a new experimental drug still in trials. But all drugs have side effects, and this one induces murderous sleepwalking. Allegedly. Emily stabs her husband in the night and finds herself on trial, with doctors trying to determine both her sanity and the possibility of intent while on such a drug. She ultimately pleads insanity and is acquitted of murder but is required to remain under psychiatric care. For his part, Banks’ career is in free fall because he took to the stand to argue that Emily was merely a victim of biology and circumstance. But as the face of doctors who prescribe untested drugs to patients, regardless of the potentially harmful results, Banks gets a beating in the press.

Written by Scott Z. Burns (also the screenwriter on The Informant! and Contagion), Side Effects is a magnificently layered psychological thriller that tacks on several twists in its final act. Like The Informant!, a big part of Side Effects is its commentary on corporate and capitalist greed via the pharmaceutical industry. Banks’ family life is very much in the background, but we see enough to know that his wife is now a consultant working for the makers of Ablixa. The conflict of interest is glaring, but he himself doesn’t seem troubled by that fact. Rather, Banks is more focused on questioning inconsistencies in Emily’s mental state following these events, eventually deciding that she duped him from the beginning to craft the perfect plea. And not only is Banks trying to determine if he helped a killer go free, but he’s also uncovering a much broader trading conspiracy involving Ablixa that may even involve Dr. Siebert.

The combination of these plots allows Side Effects to assume the mantle of both an old fashioned psychological mystery and an indictment of corporate interests aping real people, and to good effect.

While the middle section involving Emily’s acquittal is initially sluggish, the revelatory twists at the end of the film cast everything in a new light. The influence of genre classics like Hitchcock’s Spellbound or even Gaslight are undeniable. But, as ever, Soderbergh displays his never-ending range once again, capping off a career of left-turn films. However, Side Effects won’t be Soderbergh’s final theatrical release. The NASCAR heist film Logan Lucky, currently in production, will mark Soderbergh’s return, as well as his fourth collaboration with Channing Tatum. It remains to be seen how well Soderbergh can spin a NASCAR heist, though.