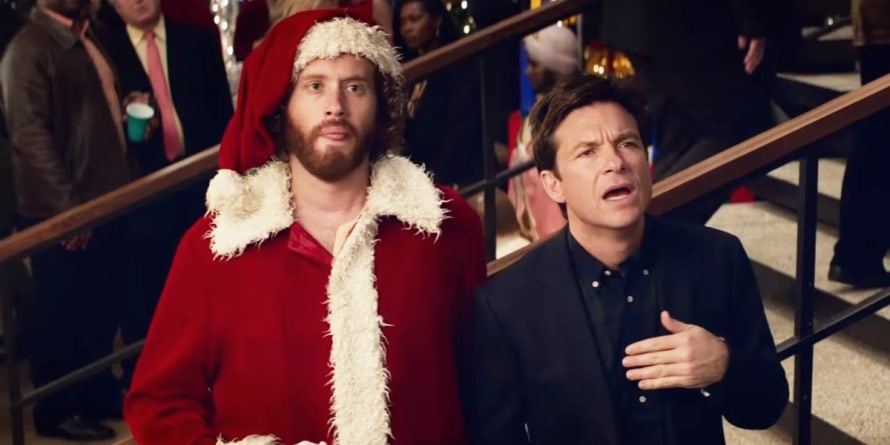 Drags party-comedy tropes across the eggnog-soaked carpeting of a cubicle farm.

Whether it’s a bachelor party in Vegas, a frat house in suburbia or the apocalypse striking James Franco’s mansion, the party-comedy formula promises viewers montage-laden debauchery gone awry, realistic consequences be damned. You can also typically expect a rigid figure getting high by accident, a reckless thrill-seeker daring people to live a little and an abrasive antagonist attempting to pull the plug on the whole thing. Office Christmas Party drags party-comedy tropes across the eggnog-soaked carpeting of a cubicle farm, the addition of yuletide cheer and corporate culture angst making for a perfect storm of clichés that nevertheless yields some modestly entertaining results thanks in large part to the likable cast doing what they can with a weak concept and boozy antics.

Office Christmas Party revolves around four higher-ups at Zenotek, an ambiguous tech company that’s struggling to meet their bottom line since its founder passed away. One major reason for that is the presence of Clay (T.J. Miller), the fun-loving schlub who inherited the Chicago branch from his late father and whose sister, Carol (Jennifer Aniston), is breathing down his neck as the humorless interim CEO. She puts the kibosh on unnecessary expenditures, such as the impending holiday party, and threatens to shutter the branch due to poor performance unless Clay’s right-hand man Josh (Jason Bateman) and computer wiz Tracey (Olivia Munn) can sign a major multimillion-dollar deal. When that prospective client (Courtney B. Vance) turns them down because he doesn’t like the negativity of their layoff-happy culture, Clay and company decide to pull out all the stops to throw the biggest office bash ever to win him over.

On the periphery lurk by-the-book HR rep Mary (Kate McKinnon, basically remixing her Hillary Clinton impression), sad-sack Jeremy (Rob Corddry), receptionist Allison (Vanessa Bayer) and new guy Fred (Randall Park). Jillian Bell eventually shows up as a gun-toting pimp, because why the hell not? As the party kicks into gear and grows increasingly out of hand, the plot veers to toothless side stories, such as a burgeoning romance between Allison and Fred cut short thanks to the emergence of an unusual fetish. By the time Vance’s straight-laced character gets accidentally blasted with a cloud of cocaine, the raucous party begins teetering off the rails. But Office Christmas Party never achieves the madcap highs or elaborate set pieces of party-comedy high points like The Hangover. Windows get broken, fires get started, clothes are discarded and car chases ensue, but the film does little to surprise and its relatively tame script, one that’s also over-reliant on pop culture references, prompts far more chuckles than belly-laughs.

What saves Office Christmas Party from being a completely forgettable trifle, however, are the gamely performances by the ensemble cast. Aniston and Bateman have worked together numerous times before, including on co-directors Josh Gordon and Will Speck’s previous feature, The Switch. Aniston may be the least entertaining of the bunch, basically repurposing her Horrible Bosses character without the lechery, but her overacting is more than made up for by Miller’s star turn, his Jason Lee-meets-Jon Heder comic delivery providing the most laughs. (Along with his buddy role in Deadpool, he’s having quite the year). Bateman and Munn conjure up some believable chemistry, and McKinnon’s irrepressible quirk begins stealing scenes as her character grows increasingly untethered. When the booze runs dry and the dust settles, we may only be left with another holiday-themed bauble, but it’s no lump of coal.