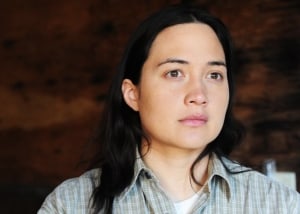 The saying goes that awards season heaps honors not on the best acting but the most acting. Showy displays of thespian prowess tend to dominate Best Actor lists. You’d be hard-pressed to find such overacting in a Kelly Reichardt joint. In the director’s latest film, Certain Women, actors take a lot of long drives, leaving their faces open to restrained, challenging roles that lack the kind of firepower that wows the Academy. Yet this restraint creates tension and leads up to the film’s most powerful moment, solidifying my favorite performance of the year. Late in the film, Jamie (Lily Gladstone) gets behind the wheel of her truck to begin what we know will be a four-hour drive back to her ranch in Montana. In just a few seconds, subtle expressions flash across the actress’s face. Is she feeling disappointment? Rejection? Shame? Loss? The strength of Gladstone’s whole performance lies in understatement, culminating in a moment so heartbreaking and fascinating that I’d be happy to watch a version of the film that was simply four hours of Gladstone driving home. What novels could she silently speak? – Pat Padua 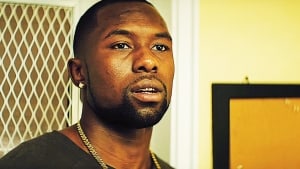 Praise has been loud and plentiful for Barry Jenkins’ masterful film Moonlight, which follows the childhood, adolescence and early adulthood of Chiron, a gay black man in Miami. Much of the praise for Moonlight has been for its incredible cast, specifically (and deservedly) Mahershala Ali (who plays Chiron’s mentor, Juan) and Naomie Harris (who plays Chiron’s mother, Paula). However, it’s one of the film’s less flashy performances that stands out as one of 2016’s best, and that is relative newcomer Trevante Rhodes as the adult Chiron.

Though Rhodes is playing Moonlight’s central character, he is one of three actors to do so. Also, Chiron is a quiet, introspective character, and Rhodes has very little dialogue to deliver. As such, it may be easy to miss the nuance that Rhodes brings to Chiron. On the outside, Chiron is a tough, powerful Atlanta drug dealer, but on the inside, he is, at heart, the sensitive child we watched grow up in the film’s first two sections. Though he uses his eyes magnetically, Rhodes keeps his expression mostly guarded as we follow adult Chiron from his job to an emotional meeting with his mother and then on to a potentially romantic reunion with his childhood friend Kevin. Instead, he uses body language to bring Chiron to life.

Rhodes uses his body to show Chiron’s anxiety, his anger, his nerves and apprehension and, finally, his hopefulness as he bares his feelings to Kevin. He sways effortlessly between masculine strength and a gentler, softer side with believability and grace. This is important, as black men are all-too-rarely given three-dimensional roles to play in Hollywood. A powerful black man melting at the sight of another man is just the kind of complex, three-dimensional image that cinema needs. Barry Jenkins has written an incredible, important protagonist in Chiron, and Trevante Rhodes not only does the part justice, he elevates it to another level. – Mike McClelland 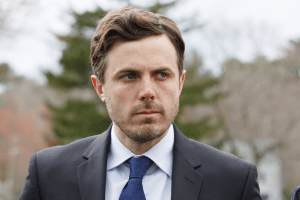 Casey Affleck in Manchester by the Sea

Casey Affleck has always been regarded as the less popular little brother of Ben Affleck. Although he choses edgier fare and more adventurous roles than his brother, Affleck has never been an A-list star. However, all of that will change after his starring turn in Kenneth Lonergan’s Manchester by the Sea.

In what may be the performance of his career, Casey Affleck plays Lee, a Boston handyman who fills his days doing menial repairs and his nights getting into drunken fights in bars. Anger fills Lee as we watch him fix toilets, shovel snow and push back when unthankful residents give him shit about leaking showers. Soon enough, Lee receives a fateful phone call. His brother, Joe (Kyle Chandler), has died, and Lee must go to Manchester by the Sea to put his affairs in order. Even though Joe’s death was expected – he had been dealing with a heart affliction for years – the loss casts a pall over the film, one that Lee already echoes in his devastated emotional state.

Although all of Lonergan’s players are spot-on, Affleck delivers on the promise that we’ve seen in his prior work, from The Assassination of Jesse James by the Coward Robert Ford to The Killer Inside Me. His Lee is a man in self-exile, cut off from the world, inured to avoid any sort of emotion. Affleck reaches deep into the character, portraying him as sympathetic, yet distant. Something lurks beneath the surface, something that Affleck connects with and understands. He deserves an Oscar for this one. – David Harris 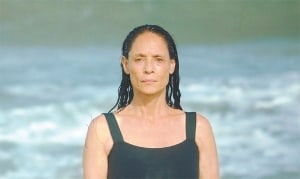 Aquarius is a film infatuated with its protagonist, Clara. She is not just in nearly every scene of the film, she is at the center of each scene. Sonia Braga is more than up for the task, giving a commanding performance that dominates the story and the set. The camera never leaves her, and the audience understands its insistent gaze, as Braga demands attention. Clara is, at one and the same time, a physical, emotional, familial and cultural character. Braga has to be sexually appealing, intellectually capable, convincingly maternal and emotionally ranging. She gets angry, she evokes tears and cries them herself; she laughs with friends and laments her fate at home alone. She alternates from hassled to bored to hallucinatory to enraged to horny from moment to moment. The plot hinges on Clara’s defiance, a personality trait honed over a lifetime within Recife’s counterculture, and on the blossoming of that defiance into a righteous and vengeful wrath. Braga hits every mark. She is utterly believable in performing the myriad tasks associated with the role of Clara, who is perhaps the year’s most interesting film protagonist. Braga is Clara. Aquarius is one of the best films of the year, and it is impossible to imagine it without Sonia Braga’s performance. – Ryne Clos 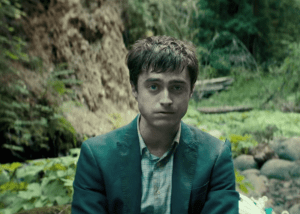 If you see only one former boy wizard play a magical farting corpse with a magnetic boner, make it Daniel Radcliffe in Swiss Army Man. In this gonzo buddy comedy/adventure film , one rife with some rather morbid magical realism, Radcliffe plays a dead body that washes up on shore just as a desert island’s only inhabitant, Hank (Paul Dano), is about to hang himself. Desperate for companionship, Hank attempts to resuscitate the corpse, only to realize that its incessant flatulence can be used to propel them both like a jet-ski back to the mainland.

Landing in a wilderness, Hank finds that the corpse can magically perform all kinds of utility tricks, such as storing and dispensing water, chopping wood and pointing toward true north with his ding-dong. What sounds like some lowbrow Farrelly Brothers nonsense actually turns out to be an endearing (if hilariously strange) exploration about what it means to have a life. As Radcliffe’s perpetually cockeyed corpse character incrementally regains sentience and adopts the name Manny, Hank teaches him about the joys of living in civilization, such as eating at restaurants or going to the movies. He evenly concocts a backstory for Manny (who remembers nothing of his life), which includes romance and true love. Radcliffe refused stunt doubles or dummies in most scenes, choosing to take on much of the physically demanding work himself—the lifeless Manny must be manually positioned and lugged everywhere, Weekend at Bernie’s-style. While Dano certainly helps carry this film, it’s Radcliffe’s childlike earnestness that lifts Swiss Army Man from an offbeat novelty to something strangely beautiful its own flatulent way. – Josh Goller 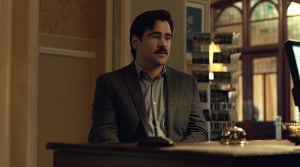 Colin Farrell in The Lobster

Yorgos Lanthimos’ The Lobster is an absurdist take on forging relationships and, as such, it infuses all of its characters with crippling loneliness. In Lanthimos’ dystopian world, people check into a hotel after losing a partner and are given 45 days to find someone new. If they don’t, they transform into an animal. Colin Farrell’s homely divorcé, David, is one of the film’s most melancholy characters, but he hides his emotions behind resignation and a reserved demeanor. In a performance that comes close to matching his role as the hitman Ray in In Bruges, Farrell delivers understated satire through his character’s very humorlessness.

For such an extreme ultimatum, this whole finding a partner thing is handled fairly blithely. That makes it easier for David to go along with everything, but, regardless, he is already an amenable pushover. As played by Farrell, David is immensely self-conscious but hardly aware or concerned with everything around him. His character is an Everyman who obediently answers intimate questions rather than question the absurdity of being forced to couple off in order to remain human. His attempts to force relationships end in death and punishment from the hotel manager. Yet even as an escapee in the woods, he is a mere bystander, barely active in his own attempts to return to the city. It’s an intriguing role for Farrell and one that he pulls off with surprising tact while imbuing the film with subtle humor. – Katherine Springer