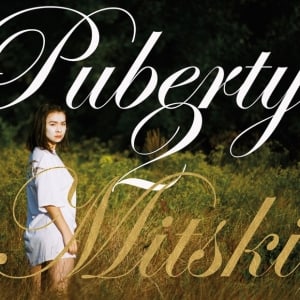 Puberty 2 is very much an album about emotional growth. The title is incredibly apt when you consider that the songs touch on wide-ranging themes from love and depression to identity (especially racial). The experience of listening to it is like hearing the trajectory of Mitski Miyawaki’s conversations with herself over the years. But “Your Best American Girl” is a terrific encapsulation of the sheer emotional reach of the album. It is very directly about feeling alienated in a foreign place as well as desperately longing to fit into that idolized culture. Mitski has spoken very frankly about how the song speaks to her experience of growing up outside of the U.S. and being biracial. Fitting into the perceived “American Life” can seem difficult from that perspective.

Mitski translates those emotions into a song that builds from methodical strumming to feedback-laden guitars. When she finally unleashes on the chorus, Mitski has turned “Your Best American Girl” into a raging indie rock track. And that harsh instrumentation perfectly matches the lines “Your mother wouldn’t approve of how my mother raised me/ But I do, I think I do/ And you’re an all-American boy/ I guess I couldn’t help trying to be your best American girl.” There’s the realization of the importance of individual experience here as well as flat-out defiance. – Katherine Springer 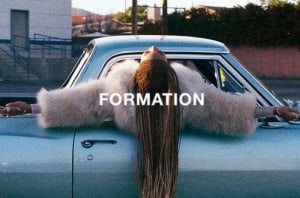 Few modern pop artists do anthems as well as Beyonce. From “Single Ladies” to “Run The World (Girls)”, she’s consistently adept at making women feel like superheroes and goddesses. With “Formation”, she’s synthesized her ability to, on a broad scale, reach across a diverse cross section of listeners with her concern for touching black women specifically. Working from a skeleton produced and partially written by Mike Will and Swae Lee from Rae Sremmurd, she takes a sparse, minimalist beat and imbues it with so many little unique moments of lyricism as to feel idiosyncratic.

She takes simple facts of her own mythology and makes them feel like in-jokes she’s sharing with everyone at once. The hot sauce in her bag, taking Jay to Red Lobster, they’re all incredibly attainable touchstones that bring you closer to someone most fans have a hard time imagining being a regular ass person. Yes, Beyonce also eats cheddar biscuits. Coupled with lines about her daughter’s black facial features and squashing the idiotic rumors of her being in the illuminati, it sounds like we’re closer to Bey than ever, like we’ve been invited to a brief celebration of her current status quo. She’s worked hard for a long time to get to the point where dropping a song like this can shift the planet’s axis, and she’s using that influence to share this moment in the sun with anyone who wants to get in line. – Dom Griffin 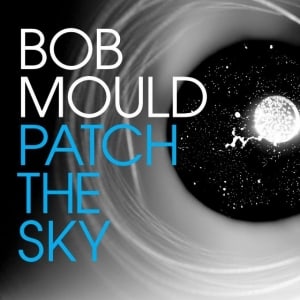 Bob Mould casts out his demons in “Voices in My Head,” from his catharsis-steeped Patch the Sky. “I could play the victim or get on with life instead,” he sings in the song’s fierce call to come to terms with, and not be weighed down by, things once said or done. Though the song is delivered via his individual vantage point, the lyrics are broad enough for any listener to identify with. For, we’ve all been shaped by our pasts and, unfortunately, sometimes our conscious or unconscious methods of dealing with regrets can lead to self-doubt and “what if’s” that hold us back. Mould won’t go down without a fight though, grappling with those inner demons and ghosts of yesterday, spitting the words out over surging electric guitar-layered storms of sound recalling his pop-punk Husker Du days. Undertones of psychedelia lurk in the way the guitars bend and wail, melodic and catchy as hell. Therapists write whole books on the psychological terrain this song covers. Yet, with “Voices,” Mould has produced a four minute song on the topic that’s inspiring, and also hits the mark as a very personal artistic statement. It’s a self-help anthem with a bite. – Rob Caldwell 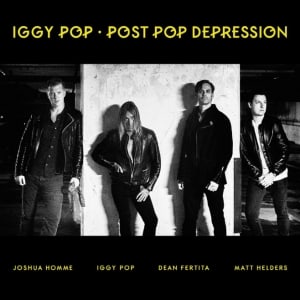 2016 has been a rough year all around. It’s as though we should have seen David Bowie’s death in early January as a harbinger of what was to come. Since then it has felt like a wildly out of control downhill slide that can’t possibly end well for any of us. Is it possible for things to get worse? Given the looming specter of a Trump presidency, the answer is likely yes; a heretofore unknown level of shittiness taking down everyone in its wake. The hope for a better year in 2017 was so forever shattered this last month that it would seem this year is only the beginning of the shitstorm we can expect in the coming years.

Leave it, then, to Iggy Pop, stalwart proto-punk survivor and leathery bronze guru that he is, to deliver a vitriolic rant that could well serve as a rallying cry for those most disaffected. Recorded well before the presidential shitshow, Pop’s “Paraguay” harkens back to his work with Bowie in Berlin, right down to the vocal harmonies swirling around Pop. With QOTSA frontman Josh Homme along for the ride, it carries with it a heaviness like that of Lust for Life or The Idiot on steroids, elephantine stop-start riffs and all. An escapist fantasy in the extreme, “Paraguay” finds Pop wanting to go somewhere where people are still human beings. Paraguay, Canada or Mars, it would seem anywhere is better than here for the foreseeable future. Perhaps Pop will one day serve as a punk rock pied piper and follow through with his promise, ultimately leading us to a better world. One can only hope. – John Paul 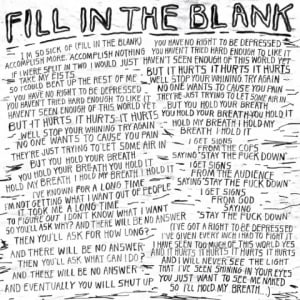 Despite being recently signed to Matador, Car Seat Headrest’s “Fill in the Blank” kicks off their label debut with the same garage-made but subtly deeper sound of the band’s self-released albums. The song simultaneously inspires feelings of dread and hope. What could be more perfect in a tumultuous year like 2016? The “blank” they’re referring to can be anything you want or need it to be. Most often an artist will say in an interview that a song can be left up to interpretation or that the listener can bring their own feelings to the table. Here the band simply makes it explicit by literally telling you to fill in the blank. It won’t matter, Will Toledo tells us, because “You have no right to be depressed / You haven’t tried hard enough to like it”.

The song laments the increasingly common experience of depression— darkening experiences despite the sufferer having a full awareness that even though they feel something, they shouldn’t. Epic changes in pattern from opening rock riffage to a monster hooks fragmented by musical breaks and restarts give it a structure that match its sentiment. The latter half seems to pick up both momentum and weight, ending as though the band picked up 5 more members along the journey. You might expect a happy ending, but you don’t get one. The listener only gets a nod of acknowledgement that someone else gets it. “So you’ll ask “why?” and there will be no answer / Then you’ll ask for how long? and there will be no answer / Then you’ll ask “what can I do?” and there’ll be no answer / And eventually you will shut up” At least you know you’re not alone. – Darryl G. Wright