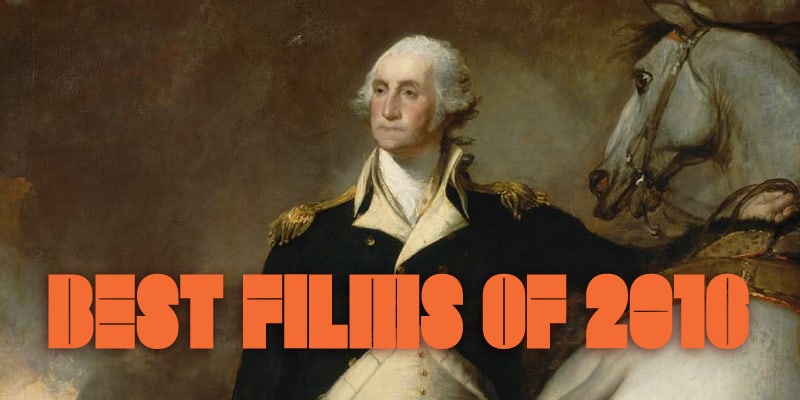 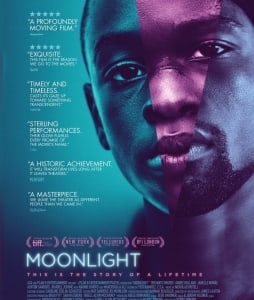 Remembered as a hazily interlinked constellation of gestures, textures and colors, the vivid, resonant images of this coming-of-age tale are connected by thin gossamer threads. The film generally operates in a clear-cut realist mode, but its most memorable moments feel wrenched from a dream: the shine of black skin cast midnight blue by glow of the moon, the crunch of a sand beneath a firm hand, still faces frozen under hesitant fluorescent light, the flow of the tide caught by a camera bobbling just above the waves. These quiet but unforgettable touches allow a film otherwise defined by schematic divisions and routine plotting to breathe, and secure its status as the rare portrait of embattled black masculinity that doesn’t array itself around staccato, grittily-depicted chest-beating or the allure of potential violence.

Following the young Chiron as he matures from a lonely child to a troubled teen to a successful, self-possessed mid-level drug dealer, Barry Jenkins’ second feature flows perceptibly from a world of obscure confusion to one where its protagonist has staked out a comfortable if highly tenuous position. He is a quiet figure barely present in his own story yet always the direct center of the action. Chiron transforms as he grows and adapts in a didactic manner befitting the script’s evolution from a stage play carved into three discrete acts, each featuring different actors, settings and scenarios. But brought together by the director’s gentle, tenderly shaded approach to this development, Moonlight tells a hard story in marvelously soft fashion, expressing a splendid sense of nuance while never losing the essential roughness at the core of this tale. – Jesse Cataldo 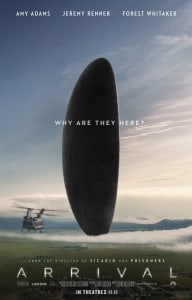 Learning a new language can reshape how we think. Arrival takes that a step further and explores what might happen if language rewired our perception–not only of the physical world but of time itself. In 2014’s Enemy, Denis Villeneuve used giant spider imagery that’s repurposed here (minus one leg) in the form of heptapods, enormous aliens who make first contact with humans by parking their towering ships at 12 different locations across the globe. Appearing before military personnel and researchers in the gravity-defying hull of the ship hovering just above U.S. soil, the creatures’ speech is monstrously guttural, and the U.S. military calls upon renowned linguist Louise Banks to try to communicate with them and figure out what they want on Earth.

Banks begins to find common ground with the fog-shrouded aliens through the written word, deciphering their vocabulary from circular inkblots projected from their tentacles. The film becomes a race against time as governments around the world grow increasingly wary of the visitors’ intentions, and equally suspicious of each other. Ultimately, Arrival is a Slaughterhouse-Five-esque concept about the nature of time—one that also contemplates predestination versus free will—in one of the most compelling and thought-provoking alien films in recent memory. – Josh Goller 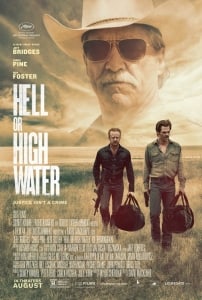 Take the film at face value and you might not see anything new in a neo-western thriller about desperate criminals and the wearied, careworn lawmen hot on their trail. This is a story of good guys and bad guys set against endless skies and dusty deserts full of lonely roads that lead to small, forgotten towns. But if director David Mackenzie edges toward these conventional genre comforts, he makes sure to pull back at just the right moment, evoking the dying breath of the American West and eroding the notion that the world is divided into black hats and white hats. In Hell or High Water, the past is a mirage and the future is a fantasy. All that exists is a painful present, which is where we find bank-robbing brothers Toby (Chris Pine) and Tanner (Ben Foster), whose crimes have caught the attention of the grizzled Texas Ranger, Marcus (Jeff Bridges). In Mackenzie’s films, character motivation is deeply rooted in character interplay, with a plotline inextricable from the characters’ experience. Society’s increasingly complicated view of law and lawlessness seems affixed to the characters’ complicated view of themselves, placing the audience in the tough position of not knowing whom to support, or whom to question. The best way to figure it out seems to be a frank conversation on a warm summer evening at the end of a long, emotional journey across a heartless heartland. – Drew Hunt 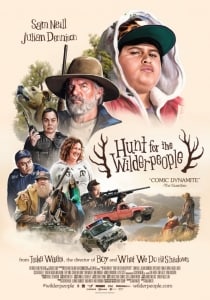 Hunt for the Wilderpeople (Dir. Taika Waititi, The Orchard)

With Boy and even What We Do in the Shadows, director Taika Waititi writes small-scale stories specific to their setting. Hunt for the Wilderpeople captures nostalgia through young protagonist Ricky Baker (Julian Dennison), while taking every opportunity to infuse his wild imagination into the surroundings. Ricky is a foster child whose last option before child services sends him to a juvenile institution is a remote New Zealand farm owned by Bella (Rima Te Wiata) and her grumpy husband Hec (Sam Neill). While the boy still has trouble putting juvenile delinquency behind him, Bella’s unexpected death leads to a hilarious faked suicide and a rescue effort that has Hec searching for a runaway Ricky in the Bush. The unlikely buddies end up staying in the New Zealand jungle for four months, eluding a manic child welfare agent (Rachel House) and forming a powerful bond. The interplay between a wannabe-gangster and a curmudgeonly farmer sets the stage for this off-kilter comedy, but, like Boy, Wilderpeople feeds off sentiment as much as comedy. It’s an emotional film about found family, but one that isn’t heavy-handed with those emotional moments. – Katherine Springer 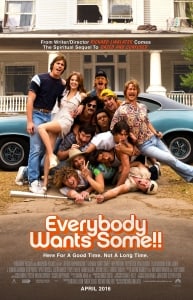 The title says it all: a group of college baseball players circa 1980 spend their free time getting drunk, stoned and trying to get laid. As episodic as Boyhood but far more commercial, this could be an ordinary ’80s college sex comedy. But where Linklater occasionally hit awkward, preachy notes in his Oscar-nominated epic, Everybody Wants Some!! simply aims to entertain. The result is one of the director’s warmest, most natural films, its flawless ensemble cast bound to launch young careers much like Dazed and Confused did 20 years ago (at this date it looks like Glen Powell and Zoey Deutch are going places—but who knows which of these actors will be tomorrow’s stars?) . Linklater introduces us to a bunch of unwoke bros who you probably wouldn’t want to hang out with, but by the end of the film you root for every one of them. The college exploitation template has never been more sensitively tapped for such subtle comedy about friendship and growing up. The Van Halen track that gives the film its title may be an obnoxious display of pyrotechnics and dated swagger, but in the hands of these young actors, such raging young hormones have never seemed sweeter. – Pat Padua 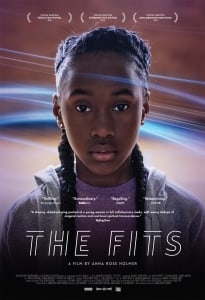 It wasn’t a good year to be black in America, but 2016 was a great year for black representation in media. The Fits is a unique outlier in the trend, not just because director Anna Rose Holmer is white, but because the film focuses more on the primordial experience of young girlhood than race. The tale of Toni (Royalty Hightower), an 11-year-old tomboy who becomes enamored with the competitive dance world known as drill, possesses a touching universality that anyone can relate to. The title refers to a strange phenomenon where the young dancers have otherworldly spasmodic attacks. At first, this epidemic seems like a metaphor for sexual awakening, but as the film progresses, it becomes something deeper, a catch all for the interminable oddity of adolescence. Holmer composes her shots wide and open to give breathing room to the physicality of her young cast, and to mark young Toni’s placement in the frame as a visual representation of how well she does or doesn’t fit with the crowd. Stirring and idiosyncratic, perhaps the film’s greatest achievement is how beautifully it depicts young black girls in a medium that so often casts them aside. — Dominic Griffin 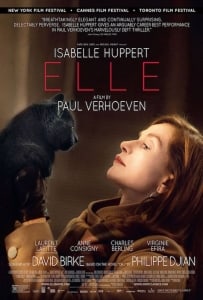 Much to the benefit of cinema, subtlety has never been director Paul Verhoeven’s style. Yet amid a career of cartoonish but prescient satires comes a startlingly ambiguous feature that manages the almost singular feat of centering its narrative on rape and never once trivializing the subject. Propelled by Isabelle Huppert’s performance–one of the few you will ever see that truly deserves to be called “fearless”–Elle respects its topic by not subjecting it to mealy mouthed, excessively self-absolving platitudes. Instead, the film sharply, wordlessly delineates consensual rough sex from rape and peers into the messy complications of trauma. To call this a rape-revenge movie is to reduce it into the simplified realms that too many films explore. This is not about the reassuring ease of comeuppance but of the far more harrowing task of survival. Huppert’s Michèle attempts to put her attack behind her, to directly find and confront her assailant, and to process her feelings with friends and loved ones. No one response takes precedence, and their collective and intermingled association is refreshingly honest. Frequently funny, Elle is nonetheless a dreary rarity in a cinematic landscape littered with exploitative depictions of rape: a film that takes the topic with absolute seriousness. — Jake Cole 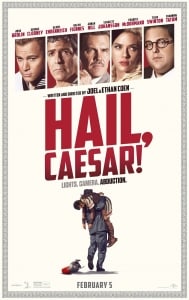 No film better embodied this Year of Nostalgia, especially for Hollywood, than the Coen Brothers’ homage to Tinseltown’s Golden Age. A day in the life of shadowy Hollywood fixer Eddie Mannix (Josh Brolin), Hail, Caesar! seems to operate more as a series of vignettes than a narrative drama, but the movie gains an unusual traction as it careens from political intrigue to candy-colored musical. The God-fearing Mannix corrals uncontrollable celebrities with a host of real-life counterparts stitched together for inspiration (fans of Esther Williams, Gene Autry and King Vidor will be pleased). Anyone with an obsession for the studio era of the ‘40s and ‘50s will find the Coens playing their wheelhouse with gleeful aplomb. Alden Ehrenreich (much better here than in the similarly nostalgic Rules Don’t Apply) and Ralph Fiennes nail the dialogue and comic timing of their respective roles. The brothers hit their marks on all the Hollywood genres it lovingly parodies, including inspirational melodrama, drawing-room comedy and big budget musical. The last may be the best, as Channing Tatum (remember, his early break was in a Step Up movie) proves that somebody should cast him in a feature-length musical Right Now. Hail Caesar! may seem like Coens-light, but it has gained resonance since its early-year release. –Kristen Lopez 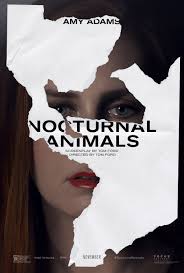 The latest film from the director of A Single Man demonstrates that maybe the rich and famous don’t really have it all. Art gallery manager Susan (Amy Adams) attends dreary parties among her professional elite while her novelist ex-husband, Edward (Jake Gyllenhaal) taps away at a brutal manuscript. Sending his ex-wife his soon-to-be-published novel, also called Nocturnal Animals, she spends the next few sleepless nights poring over every word of the novel that becomes a movie-within-a-movie. Tom Ford’s fashion-design background fuels both sides of this tale. It’s clear that the director feels that the intersection of art, business and fashion is populated with numb, distant bores with little to offer the world beyond self-absorption. It is only in art that something vibrant can shake loose. For all the misery endured by the novel’s protagonist Tony (also played by Gyllenhaal), he doesn’t shut down, and learns to be present in every situation. Tony fully experiences his feelings, horrible as they may be, and finds a silver lining in the form of a new buddy and partner in gloom, a nihilistic, blunt-witted small-town cop played by the ever-reliable Michael Shannon. Who wouldn’t want to hang out with Shannon? – Rob Samuelson