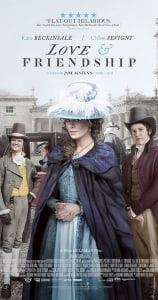 Fitting neatly in its director’s wheelhouse, this adaptation of a nearly forgotten, posthumous Jane Austen novella is expressly enamored with the customs and formalities of aristocratic England, much as Whit Stillman has been enamored with a particular milieu in films like The Last Days of Disco and Damsels in Distress. The director’s evocation of Austen’s England is lovingly rendered with immaculate period detail and a keen ear for the rhythms and patterns of aristocratic speech. Love & Friendship exists on the screen as vividly as it must exists in Stillman’s mind, and watching his imagination spring to life is one of the year’s most rewarding cinematic thrills. The hilarious and complicated story about a scheming widow who attempts to maintain her wealth by wooing her late husband’s brother’s wife’s brother, will feel familiar to Austenites as well as Stillmanites. As sure as the ensemble cast pairs up and stroll about the film’s voluptuous settings, the author and director glide side-by-side, a cinematic communion whose effects ripple across the screen and seemingly through time. Leave it to Whit Stillman to turn a minor work into a major accomplishment. — Drew Hunt 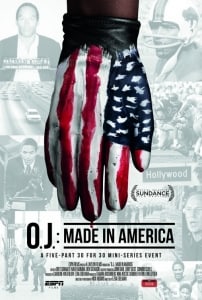 Anybody who was sentient in 1994 remembers the television coverage of a White Ford Bronco racing down the interstate. . What more can be said about the case of O. J. Simpson? It may be achievement enough that this nearly eight-hour documentary takes one of the 20th Century’s most infamous true stories and makes it fresh. Yet the film also casts a game-changing eye on American race relations, which we may need now more than ever. Part of ESPN’s 30 for 30 series of documentaries, Ezra Edelman’s film makes viewers feel uncomfortable and even complicit about The Trial of the Century. While we think we know much about the trial, the alleged crime and its aftermath, so much of what led to that ubiquitous chase image has been ignored and even concealed. Edelman demonstrates the effects of racism, the media, professional football, Hollywood and even sexuality, which all conspired to turn Simpson into a suspect and a superstar. Exhilarating in spite of and because of the ubiquity of its subject, OJ: Made in America shows us how little we know about what we think we know so well. – Mike McClelland 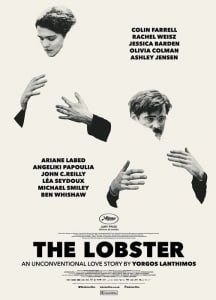 The Lobster (Dir. Yorgos Lanthimos, A24)

Is this Greek director’s English-language debut sadistic or satirical? The grey area provides all the Bizarro reasoning for the singular vision of The Lobster. Set in a dystopian future where pairing off is of the utmost importance – unless you want to be turned into an animal – Colin Farrell stars as David, a single man who has 45 days in a hotel with other solitary people to find a new mate. David and his fellow guests are all lonely, even bereft, people, but not all of them are able to function according to this disturbing paradigm. David has little drive to pick out a mate from this sad hotel pool. Ben Whishaw plays a character solely identified by his limp, and he naturally pairs off with another limping guest, yet hotel escapees living in the woods act as an anti-conformist rebel force, determined to end this forced monogamy. A commentary on relationships and marriage, the film does not shy away from depicting sheer cruelty. In two pivotal moments, an animal (that we know was formerly a human) is killed and a woman blinded simply to influence David’s actions. Comedic and gruesome, Lanthimos’ film makes viewers uncomfortable by the actions he shows and by the correlations he makes between this strange dystopia and our every day reality. — Katherine Springer 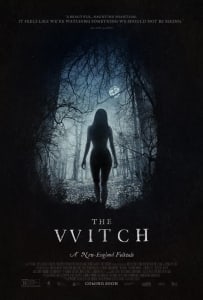 Set in the deep woods of 17th century New England, writer-director Robert Eggers’ terrifying debut film is saturated with a cold, wet sense of dread. Cast out of their community because of their extreme religious views, the film’s central family struggles to survive as winter approaches. As if that was not forbidding enough, the family descends into a supernatural horror that cuts its own path in the cinema of witchcraft. Eggers’ draws nuanced performances from his cast, particularly Kate Dickie and Ralph Ineson (both of Game of Thrones) as strict, suffering parents. Newcomer Anya Taylor-Joy capably balances innocence, disbelief and relatable teenage rebellion as their eldest child, Thomasin. The Witch appreciates the uniquely feminine horror that witchcraft brings to the screen. As the film ends with Thomasin levitating into the air alongside her naked, blood-soaked sisters of the night, it’s a horrible, strange and jubilant resolution to a singular coming-of-age tale, one that celebrates women as heroines and as villains, and their freedom to be both. — Mike McLelland 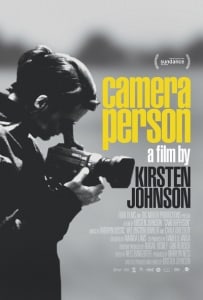 From its opening frame—an unexplained establishing shot ruined by a sneeze—it is clear that this is not an ordinary film. Cinematographer Kirsten Johnson has worked on over 40 documentaries from Fahrenheit 9/11 to Citizenfour, but for this personal feature, she assembles unused footage of generally banal, all-too-human moments for a cinematic tapestry of her work and life. Cameraperson depicts a professional whose work has taken her to a Wyoming ranch, a Brooklyn boxing bout, the blueberry fields of the Bosnian highlands, Nigeria and a host of other far-flung, disparate locales. The only constants in the film are a steady camera and Johnson’s eye behind it. Yet the film’s true subject is the common thread that links humanity across barriers of language, geography and religion. Everyone in the film, including Johnson, bargains with the camera and decides to reveal deeply-treasured personal information. Each makes the choice to tell their story, to perform a narrative for the camera and its audience. As the episodes accumulate, we see that all of us are connected– to a culture, to a value system, to a location and to each other. In her subjects’ willingness to open up, Cameraperson ultimately proves that we are conscious even of our connections to strangers. –Ryne Clos 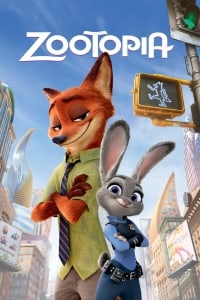 Disney has finally given its vaunted stepsibling Pixar a run for its money with its imaginative conceit of an advanced, anthropomorphized animal kingdom where the relationship between predator and prey has been vanquished thanks to enlightened liberal principles. Like a Pixar film, it has a wide-ranging formal scope: It’s at once a buddy-cop romp, a satire of big-city living, an inventive whodunit, a fable of inclusion and a sharp comedy with a big beating heart. Zootopia checks all these boxes while also emerging as a seamless and powerful statement about prejudice without shaving down the thorns of this briar patch of a topic. More importantly, it’s the rare children’s movie that doesn’t pander to kids or their parents (a tightrope walk Pixar has long perfected). Judy Hopps (marvelously voiced by Ginnifer Goodwin), a Leslie Knope-type bunny, refreshingly competent and impossibly optimistic, is a hero seemingly designed for a Hillary Clinton election win. Her vulpine foil Nick Wilde (a wry Jason Bateman), offers just enough cynicism to cut through what could have been saccharine didacticism. The movie is also impossibly fun, visually inventive and legitimately hilarious. Pixar’s monopoly on truly great English-language animated pictures has officially ended. This is good news for those of us staring down the oncoming headlights of Cars 3. – Peter Tabakis 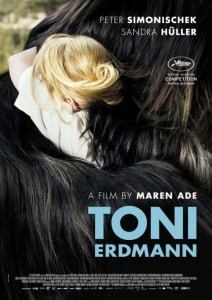 Most American moviegoers will have to wait till 2017 to find out why a nearly three-hour German comedy (whose lead seems to be wearing a Tommy Wiseau wig for most of the film, at that) is appearing on so many top ten lists. I promise you it will be worth the wait. When an impish retired teacher (Peter Simonischek) pays a surprise visit to his daughter (Sandra Hüller), a businesswoman working in Romania, hijinks naturally ensue. But these are no ordinary hijinks; director Maren Ade navigates the unpredictable humor and sentiment of her premise with a deadpan accuracy that keeps her cast from making any false moves–and her audience from checking their watches. The less said about the movie’s plot, the better; just be assured that 160 minutes of a father-daughter relationship will fly by faster than any of the past year’s bloated action movies. The movie’s worst flaw may be the inevitably of an inferior American remake, no doubt starring a lovable Bill Murray. Maybe he can pull it off. – Pat Padua 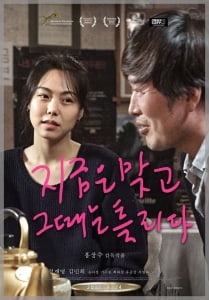 The plots of Hong Sang-soo’s films rarely change, typically concerning a film director who meets a woman who may or may not be a fan and tries to woo her over drinks as his own embarrassing traits come pouring out like a running faucet. What makes Hong such an endlessly watchable filmmaker, is the mutability of a premise that reaches its experimental zenith with Right Now, Wrong Then. Structured as a diptych, the film ignores reality for the chance of a mulligan, presenting the same meeting twice as small changes gradually snowball into a completely different scenario and mood. In a sense, this is chaos theory cinema, albeit of a sort that substitutes effects and broad characterization for the minute details of naturalistic interaction. Watching the on-screen director spend the first half ingratiating himself upon the woman he likes produces an alienating effect, his flattery devoid of emotional attachment. But when the scenario replays and we find the man more candid, even his most critical remarks have a welcome honesty that makes him charming. To call this kind of filmmaking “thrilling” would be a stretch, but it is remarkable how far Hong stretches the same central narrative, and with this film he at last dramatizes what makes his overarching filmography so special. — Jake Cole 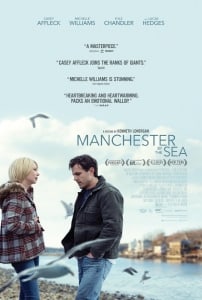 In a somewhat fitting outcome for a film centered on a teenage girl’s budding awareness of an utterly unfair world, Kenneth Lonergan’s Margaret was nearly ruined before it saw the light of day. When it was finally released, it had spent four long years in limbo, whittled down to 150 minutes and dumped unceremoniously at the tail end of the year, only gaining minimal attention after critics took note of its shaggy, careworn magnificence. The director’s latest film was released in far more economical fashion and to much greater immediate acclaim. Manchester By The Sea is about a staggered return from grief that lands feet first amid a perfectly parallel political hangover. In a year full of stomach-churning tragedies, this chronicle of a man attempting to recover from a singular loss feels almost too well placed. Yet in keeping with Lonergan’s discursive, hesitant approach to high drama, this recovery narrative eschews easy uplift and histrionic theatrics in favor of odd exchanges, awkward pauses and frequent miscommunication. Placing Casey Affleck’s already-grieving janitor in close quarters with his brother’s newly orphaned teenage son, it’s the narrative equivalent of two people trying to get past one another, both repeatedly getting in the other’s way. Embracing sprawl and incorporating all manners of discord, Manchester by the Seais an overloaded, often ungainly attempt at approaching something monumental and ineffable, but the attempt is so dense with empathy, effort and specific detail that it stands as an outstanding achievement. – Jesse Cataldo