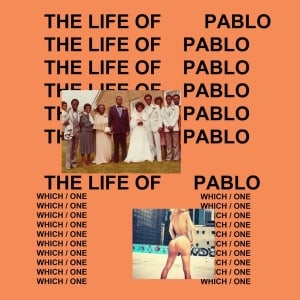 After six consecutive successes, Kanye was bound to drop an album that would break the streak. As controversial and divisive as his seventh solo release has been throughout the year, many will agree it’s easily the worst of his career. But even Kanye’s relative failures would be wins for another artist. The Life of Pablo had the messiest, most irritating album rollout in recent memory, and the “finished” product is an oddly-sequenced morass of unfiltered egotism. The most recent alteration to the tracklist rounded out at 20 songs, nearly half of which could be excised with little regret. But out of that sprawling mixed bag comes some of the most impressive music of the year.

From the blinding rapture of “Ultralight Beam” to the horror movie house revival of “Fade,” there are countless moments on this record that only Kanye could have given us, even if his guiding hand is aided by a ridiculously diverse cast of collaborators. “Highlights” brings together Young Thug and El Debarge. “No More Parties In LA” offers the gift of Kendrick Lamar spitting over a Madlib beat. Samples from Goldfrapp and Desiigner sit comfortably alongside Nina Simone and Luis Bacalov. That purposeful eclecticism may seem pedestrian in the modern musical landscape, but it’s the kind of chic, cherry-picking curation Kanye has been excelling at for years. TLOP only feels like a trough in relation to his prior peaks. On standout cut “Waves,” Chris Brown sings on the hook, “Waves don’t die/ Let me crash here or a moment/ I don’t need to own it.” It’s the purest statement Kanye makes on the album. His personal brand of relentless genre reinvention isn’t going anywhere, even if he’s not the one currently sitting on the throne. – Dominic Griffin 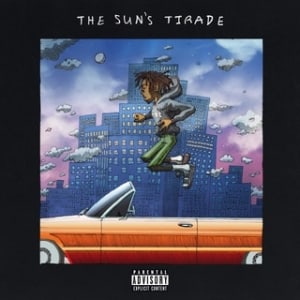 Isaiah Rashad’s debut EP, Cilvia Demo, bore similarities to Kendrick Lamar’s breakthrough Section.80, but where Lamar’s career trajectory saw his projects grow to mythical and philosophical proportions, Rashad has instead doubled down on the realism and understated elegance that makes him such a fascinating MC. He’s perfectly capable of knotty, intricate wordplay, but he sounds just as good rapping gibberish like he does on the hook of “4r da Squaw.” Where Cilvia Demo was tremendously cohesive in its austere instrumentation, The Sun’s Tirade sees Rashad flexing over a more diverse collection of beats, from the nimble trip-hop-tinged “Don’t Matter” to trap-influenced tunes like “Park” and “A Lot.” Rashad is also able to capture a greater emotional range than most MCs, and he’s a more mature and expressive artist here than he was a few years ago. There’s a wistful quality to the Syd collaboration “Silkk da Shocka” and a touching nostalgia to “Brenda,” Rashad’s soulful ode to his grandmother that feels intimately personal but never corny. A few of Rashad’s TDE colleagues (Kendrick, Jay Rock, SZA) show up, but none come close to outshining Rashad. He’s like a character actor finally given his starring opportunity, impressing throughout while never losing the vulnerability and charisma that separates him from most contemporary MCs. With a path that appears quite different from his Top Dawg colleagues and two phenomenal records under his belt, Rashad is clearly one of the most intriguing rappers working today. – Grant Rindner 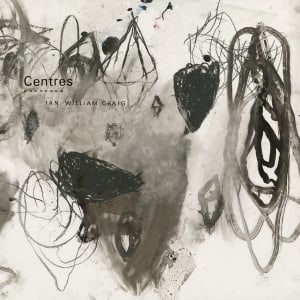 This past year offered plenty in the way of experimental electronic music, but operatically-trained Canadian vocalist Ian William Craig provided one of the most unique electronic albums of 2016 with Centres. Craig’s ninth album measures up to his past catalog and also sees him branch out to include synthesizers, percussion and—comparatively speaking—restrained vocal manipulations. Centres is as much an indulgence for the listener as it is for Craig. His arrangements alone barely contain his excitement for creating multilayered, complex tracks. Craig employs everything from accordion (“The Nearness”) to organ (“Arrive, Arrive”) and guitar (“Contain (Cedar Version)”), as well as indulging in relatively unadorned, uninterrupted vocals on “The Nearness,” “Set to Lapse,” “Arrive, Arrive” and “Purpose (Is No Country),” a short track delivered with no accompaniment. And the bulk of his songs transition between brooding quiet to dissonance and white noise, sometimes more than once. For a musician who favors severe distortion, sonic decay and plenty of feedback, Craig’s Centres is surprisingly approachable. A general rule of thumb for the 13 tracks on this album is that Craig will opt for a droning synth to back ethereal keys and his own angelic, reverbed voice. The sensation is heavenly, transportive and, above all, bewitching. – Katherine Springer 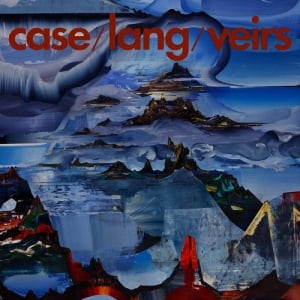 A stellar collection of intelligent mid-tempo pop, the self-titled album by Neko Case, k.d. lang and Laura Veirs is full of nuance and soul. The trio’s voices blend organically with lang providing a deep, smoky tone, while Veirs’ vocals are brighter and Case occupies a uniting middle ground. Though none dominate, Veirs is, in some ways, the guiding voice in the project, at least co-writing all the tracks and also being the only one of the three with sole writing credits (on four of the songs.) Her husband, Tucker Martine, produced the album, masterfully orchestrating these enveloping soundscapes of strings, piano, guitar and textured percussion.

Early on, “Song for Judee” honors relatively unknown ‘70s godmother of introspective singer-songwriter fare Judee Sill, while “Best Kept Secret” and “I Want to Be Here” also concern themselves with artists who haven’t received their due. These characters are representative of an album unconcerned with glitz and glamor, but more interested in finding the beauty in the hidden corners and backroads of life. The songs are awash in sensory images referencing seasons and the natural world, with a mindfulness and appreciation for the present moment. As such, they stand out for their maturity and confidence, and combined with the accumulated skill of the artists, the result is never dull. case/lang/veirs is the kind of album built to endure. – Rob Caldwell 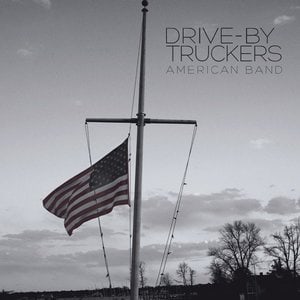 Patterson Hood and Mike Cooley have never been shy about saying what they feel, but this time around they leave almost nothing to the imagination about the political stance in the Year of Trump. In part emboldened by an essay he’d written for The New York Times concerning the legacy of the Confederate flag, Hood grabbed his guitar and his pen and opened his mouth wide and his heart wider to deliver an undeniably potent State of the Union.

It’s actually Cooley who leads the charge with “Ramon Casiano,” the tale of a 15-year-old boy murdered by then-future and now former NRA leader Harlon B. Carter. Cooley suspects, as many have, that there was little remorse in Carter’s life afterward. The theme of a young man shot dead is something seemingly as problematic in 2016 as in 1931. That’s only the tip of the iceberg, of course, with songs about the pervasiveness of racial tensions and ignorance via “Sun Don’t Shine,” “Kinky Hypocrite” and the brilliant “Ever South.” But it’s “Once They Banned Imagine,” a remembrance, in part, of those days in 2001 when John Lennon’s most peaceful of songs was demanded ripped from airwaves. Like most poets, Cooley had a built-in B.S. detector and smelled something rotten now and then about racism, xenophobia and the lies that keep us from living fulfilling lives. There is a decided calm about how all this is dealt with across this record, the second studio effort that finds the group in something of a renaissance, begun with 2014’s English Oceans. That sense of calm isn’t a lack of anger, instead, the calm comes from hearing men fearlessly speak their minds about issues they know are right. – Jedd Beaudoin 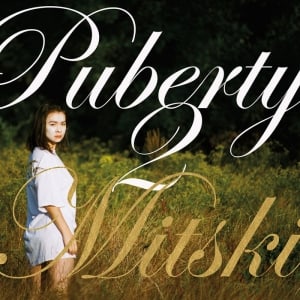 Mitski Miyawaki’s fourth album is appropriately titled, as Puberty 2 thrums with the intensity and outsized emotions of that most angst-riddled of developmental stages, when physical transformation accompanies a growing sense of self-consciousness and ennui. Mitksi harnesses the struggle behind trying to find happiness, or at least staving off a looming sense of dread, throughout these 11 tracks rife with crunchy guitars, emotive instrumental swells and a virtuosity and diverse sonic palette akin to St. Vincent.

And yet the album’s title also belies the maturity behind this effort, one that’s fearlessly self-aware even when it’s not a pretty picture to look inward. Mitski displays a restlessness on the fuzzed-out “My Body’s Made of Crushed Little Stars,” as she sings of wanting to “see the whole world” despite not knowing how she’s going to pay the rent. “Fireworks” gets more contemplative about the depths of depression as, over strummed guitar, Mitski sings of emotions calcifying and feelings numbing only for sadness to be triggered once again in response to the briefest glimmer of joy. Meanwhile, standout track “Your Best American Girl” opens gently before erupting into a cathartic crescendo as she laments feelings of inadequacy and not measuring up to expectations within relationships. For material that’s such a downer on paper, Mitski breathes life into Puberty 2, making it a shining example of the sparkling art that can be derived from dark nights of the soul. – Josh Goller