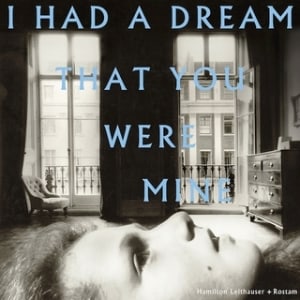 15. Hamilton Leithauser + Rostam
I Had a Dream That You Were Mine
[Glassnote]

I Had a Dream That You Were Mine isn’t simply a Vampire Weekend + the Walkmen record, or even what you may expect would constitute a Hamilton Leithauser + Rostam Batmanglij project. It’s informed by ’50s and ’60s tunes but is also distinctly modern (check out the sub-bass on “Sick as a Dog” or the sha-la-las on “Rough Going (I Won’t Let Up)”). Leithauser is still one of the most arresting singers in modern rock, and Batmanglij constructs soundscapes that put his voice in a myriad of different roles, from the bleary-eyed, drunk narrator on “The Bride’s Dad” to a jilted lover on “The Morning Stars,” all of which he absolutely nails. The album is fascinating both lyrically and musically, always managing to zig when you expect it to zag but remaining rich in melody, like on the ethereal “In a Black Out.” Rostam has always been a chameleon, but Leithauser does an impressive job tackling a myriad of different genre-twists given that he’s found a clearly winning formula both solo and with the Walkmen. Both artists have embarked on a new phase of their respective careers that could prove fertile ground for collaboration in the future, and I Had a Dream That You Were Mine proves that they should hitch their wagons to each other for the long haul. – Grant Rindner 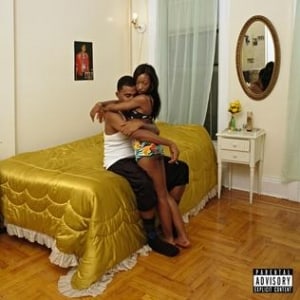 Dev Hynes’s Blood Orange is a curious thing, at once a deeply personal expression and a vehicle for rampant collaboration in which Hynes is more likely to hand off his lyrics to another singer than to take the mic himself. Freetown Sound represents the culmination of this project, a forthright collection of plaintive R&B masking real anger over issues of race and sexuality. “By Ourselves” opens with a poetry excerpt from Ashlee Haze on the subject of black feminine beauty as a free jazz saxophone honks faintly, while “Love Ya” follows simple come-hither verses with a recording of Ta-Nehisi Coates discussing the pressures placed upon black people to appear non-threatening even when they are children. Hynes subtly slides into rhetoric on some tracks, such as the way that he bridges the innocent fear of sleeping with the lights on amid the pandemic of police brutality on “Hands Up.” Elsewhere, relationship drama cuts like a knife, as in “Best to You” depicting a completely one-sided romance and “E.V.P.” elegantly stewing in rejection. Set to fat-bottomed basslines, smooth jazz interludes and ‘80s synthpop chill, Freetown Sound masks extreme pain in slow-dance rhythms, but that only enhances the confusion, anger and longing beneath the surface. – Jake Cole 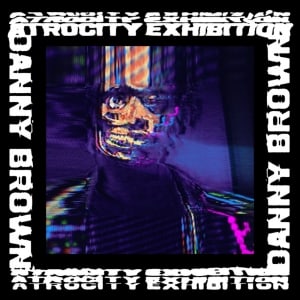 Aside from “Really Doe,” a brilliant posse cut that almost feels completely out of place here, Atrocity Exhibition doesn’t resemble much of anything happening in hip-hop in 2016. In an era where underground electronic artists have more of an influence than ever and are being heard in hits by the likes of Kanye West and Drake, Brown has no time for prevailing trends or commercial appeal. The rhythms clash and stutter, never settling into anything resembling a groove. It can make for an uncomfortable listening experience, and it’s meant to be one. Still, it’s unlikely that you’ll ever hear anything quite like Atrocity Exhibition from anyone else in rap today. – Kevin Korber 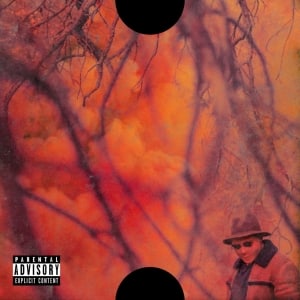 Perhaps the most unusual thing about Schoolboy Q’s 2016 release Blank Face LP is the way it represents the modern elements of hip-hop music. It makes sense considering the roster of producers is more numerous than the guest appearances—that’s a lot of heavy-hitter eyes on the sound of a hip-hop record and the quality is evident. The album crosses a range of hip-hop styles. All of them have Schoolboy Q’s signature sloppy flavor, but it’s bumped up against an incredible roster of notable artists like Kanye West, Vince Staples and Jadakiss. Kanye makes his appearance on “THat Part” which is not one of the most accessible tracks on the record, but surprisingly became Schoolboy Q’s second Top 40 hit.

“Groovy Tony” starts right in with a boom bap breakbeat and snarls through aggressively-delivered lines by Jadakiss. Jazz piano notes ring through “Tookie Knows II” and “Black THougHts”. Vince Staples takes the attack approach again on the far busier and noisier “Ride Out,” a track that relies a little more on a traditional hook than elsewhere. The breaks are impossibly slow throughout, and when juxtaposed with fast, aggressive rhyming, the effect is all the more prominent. At least in the latter part of the record, it’s as though ScHoolboy Q took the best part of what current hip-hop has to offer and eschewed the tired tropes of AutoTune and soulful hooks. “WHateva U Want” borders on pop music appeal while the slow plod of “Dope Dealer” calls to mind memories of classic records like the Beastie Boys’ License to Ill or LL Cool J’s Bigger and Deffer. Blank Face LP is diverse enough to feel like a time capsule of the best hip-hop has to offer in 2016. – Darryl G. Wright 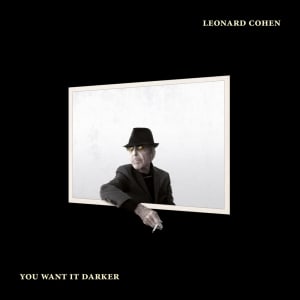 When Leonard Cohen died just weeks after the release of You Want It Darker, he had been putting together a book of poetry and was already at work on his next album. Despite the prolific singer-songwriter’s continued productivity right until the end, Cohen’s final album feels like just that, a final statement before venturing off into the great beyond. As with much of Cohen’s work, it’s dripping with religious references and imagery, employed here most effectively on the opening title track, a brooding, shifty number that finds Cohen and a backing choir invoking the Hebrew word Hineni (”Here I am!”).

Throughout the album, Cohen seems to unburden himself, lightening his load even when doing so means confronting existential dread. On “Leaving the Table,” Cohen sings of bowing out, specifically from a romantic relationship and more broadly from the game of life itself. There’s a sense of ephemerality throughout the octogenarian’s final work, as in “Treaty” when he sings, “I’m so sorry for that ghost I made you be,” and on “Steer Your Way,” as he intones, “Steer your path through the pain/ That is far more real than you.” Cohen uses religion as fable that adds mythic shape to cosmic truths, but it’s often in his direct-addressing of former lovers that his songs are most moving, when lost love and a snuffed passion for life is itself a profound form of death. That continues on Cohen’s final statement, one that embraces the bleakness of staring fearlessly into the void. – Josh Goller