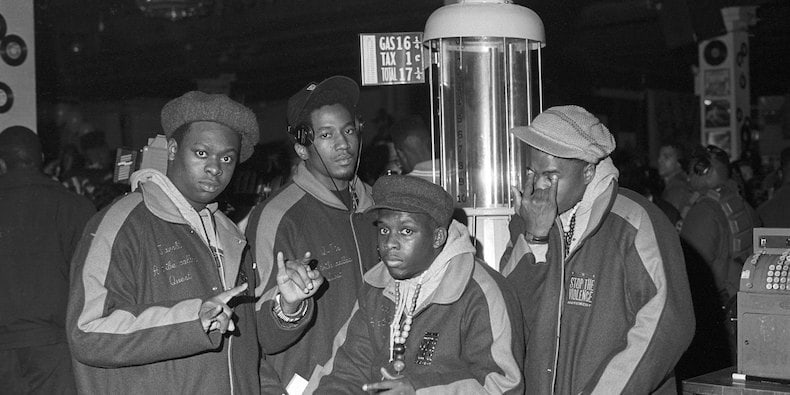 4. A Tribe Called Quest
We Got It from Here…Thank You 4 Your Service
[Epic Records]

We Got It From Here… Thank you 4 Your Service came as a surprise in many ways. While there was some anticipation around the record’s release, its content, style and potential for success could only be speculated. The launch coincided with the U.S. election around a racially volatile time with tension at a boiling point, the nation divided over values and the first presidential candidate in recent history receiving open support from the white supremacist movement. What better time for one of the most prominent socially-conscious hip-hop groups to release a new record that could have taken the bait but instead delivered a positive message. Sticking to their roots, A Tribe Called Quest made another collection of boom-bap bangers that appeals to our better nature. “We The People….” brought the house down, performed live on the Dave Chappelle-hosted “Saturday Night Live.” The album, oddly named by the late Phife Dawg and apparently not understood by the remaining members, did not impact its sales any. How could it with appearances by some of the biggest names in the industry from Jack White, Andre 3000 and Busta Rhymes to the man with the tempest temperament, Kanye West. 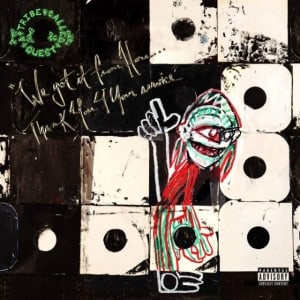 Packed front to back with fat beats pulled from another era, the album hits directly at the hearts of fans of their original sound so many years ago. They could have aimed to modernize with predictable use of soulful hooks or AutoTune and trap snares. While there are admittedly elements of both in “Solid Wall of Sound” there’s enough funk in “Dis Generation” and “The Space Program” to compensate. We get elements of jazz and funk as if producer Q-Tip and co-producer Blair Wells simply ventured down to their local record market to find the source material.

The verses of “Melatonin” talk about how the show must go on despite adversity, while “Enough!!” takes a slow-jam approach. “Mobius” could have been written in 1990. Indeed, on first-listen one wonders how much of this material was made up of beats and production from a previous era that was simply never published. In the end it makes little difference—the album’s timely release and quality of delivery, along with the undeniable legacy of A Tribe Called Quest, all came together to make this one of the most important and well-received releases of the year. – Darryl G. Wright