Five years is an eternity in the life of a record. When coming up with this feature, the question the Spectrum Culture staff pondered was this: “How well do these albums play NOW!” Not five years ago, but how have they aged in our memories. While some acclaimed albums of 2011 remain strong on our list, some critically-lauded ones didn’t have the staying power. Hurry Up, We’re Dreaming, Father, Son, Holy Ghost and Take Care all didn’t make the cut. This list is designed to give new perspective on things five years old. Thank you so much for reading! 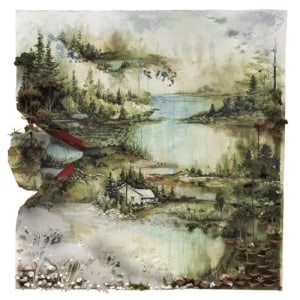 Bon Iver’s debut album, For Emma, Forever Ago, came from a combination of Justin Vernon’s mononucleosis hepatitis and some leftover recording equipment. While the album was well received and features some of Bon Iver’s most well known tracks, the album was meant to be a collection of demos to send out to record labels, not a full length debut. Four years after his debut release, Vernon released a more carefully curated eponymous album. With Bon Iver, Justin Vernon showcases what he can do when he is able to use as much time as possible to craft an album. Everything that made For Emma, Forever Ago unique and effective is still present in Bon Iver, just with something extra mixed in. We see Vernon expanding upon his sound without losing his particular brand of indie folk, collaborating with other artists while maintaining his authorial signature.

Five years later, Bon Iver still resonates as not only a defining moment in Bon Iver’s history, but a defining moment in the indie folk genre as well. Bon Iver won Vernon the Grammy award for Best New Artist as well as Best Alternative Album, beating out established acts like Radiohead and more pop-influenced acts like Foster the People. His location-specific tracks still feature the aching vulnerability and melodic verses that first drew interest to Bon Iver, but now his sound is polished and refined like never before. After announcing their hiatus in 2012, the album has simmered, serving as the sum of Bon Iver’s work while they took a break from recording and touring. They say distance makes the heart grow fonder, and in this case it’s true. Every year that Bon Iver went unchallenged by new work, its impact and brilliance has multiplied. – Cara Best 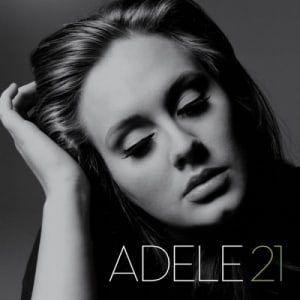 It’s hard to believe Adele’s position as pop’s premier songstress was questioned at any point in the last decade. But between her somber debut, 2008’s 19, and her sophomore album, 21, three years later, there was an unease regarding Adele’s musical progression. Adele, who, at the time, ran into numerous walls leaving her artistically stagnant, shared that uncertainty. Then, following a breakup with a longtime lover, a river of agony, frustration, and depression flowed through her so viscerally, that it left musicians working on the album in tears.

21 is the album that concretized Adele’s stardom; the story of tragedy and heartbreak ending with her high atop pop charts and greatest of all time lists. 21 wasn’t pop for pop’s sake. She wasn’t making music just to make it. Adele’s personal history with a careless lover was so touching in its execution that the album itself became a phenomenon. If 19 was a sensual ballad that languishes in lyrical and musical constraint; 21 found Adele loosening the reigns both in composition and performance. “Rolling in the Deep,” perhaps one of the greatest pop songs of a generation was an aggressive step forward into feminist pessimism mixed with a gumbo of musical inspiration for good measure. Spawning five singles that wove together jazz, bluegrass and rockabilly, the magic of 21 relies heavily on Adele’s ability to traverse time–adding modern feminine sentimentality to seemingly antiquated musical forms.

21 makes lasting impression simply because it was communicated in real terms, owing its blunt disposition to a genuinely hurt heart. The album chronologically depicts the process of heartbreak, from initial fury to remembering, to finally getting over. Adele’s razor-sharp lyricism and impeccable vocals were welcome reprieves from the over-produced sound of the time. 21 proved that Adele is at the height of her powers when following her own instincts. She hasn’t looked back since. – Tirhaka Love 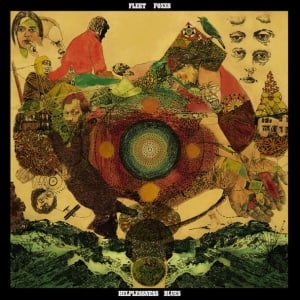 Fleet Foxes’ 2008 debut was a solid showcase of talent, deserving of all the critical praise is garnered. But the band’s sophomore album, Helplessness Blues, put that initial acclaim into perspective, revealing just what the band could achieve when their skill was matched with darker emotions and just how long it can take to produce. To be fair, three years is nothing between albums; it’s almost the norm. Fleet Foxes started working on their sophomore effort in 2009, but two years of struggling later and Robin Pecknold’s anguished lyrics (never better than on the title track) that touch on loss, guilt and existentialism prove to be worth all the trouble for the depths they add to the folk outfit’s formula of gorgeous group harmonies and intricate strings.

The bulk of Helplessness Blues, as the title would suggest, revolves around questioning your own self, your motivations and your place in the world and in relation to others. On the opening track “Montezuma,” Pecknold asks himself pitiably, “Oh, how could I dream of/ Such a selfless and true love?/ Could I wash my hands of/ Just looking out for me?” Selflessness has it’s place, but Pecknold wants to admonish himself for his own dreams. That is, until “Sim Sala Bim” and the lines “Then the Earth shook, that was all that it took for the dream to break/ All the loose ends would surround me again in the shape of your face/ What makes me love you despite the reservations?” Helplessness Blues, as a whole, truly captures the contradictions of crippling inadequacy and self-doubt, feelings that are certainly not limited to musicians with the burden of great expectations. – Katherine Springer 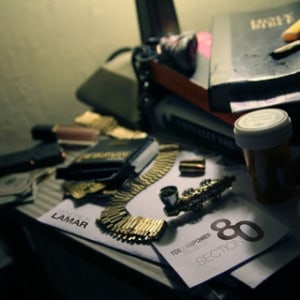 Section.80 still works so well because it serves not only as a snapshot of Kendrick Lamar before he was the fully-blown fire-breathing rogue genius that became evident to the mainstream on good kid, m.A.A.d. city and to an even greater extent with To Pimp a Butterfly, but also because it’s simply one of the best backpack rap releases of the 2000s. The album has its share of required technical showcases, like the blistering “Rigamortus”, which remains perhaps the most dexterous flow of Lamar’s career, but Lamar has always managed to impress without ever sounding like he’s trying too hard. There are also clarion calls like “Ronald Reagan Era” that have only grown more powerful as our nation’s climate has grown more polarized and divisive. But while Section.80 paints in a bleak palette Lamar manages to sneak in a few bright moments that highlight his joyous, enduring relationship with music. “Hol’ Up” sounds like a party on a private jet, it’s triumphant and soaring and over all too quickly. “Blow My High (Members Only)” is rubbery and soulful, working both as an Aaliyah tribute (“R.I.P. Aaliyah” is an oft-repeated phrase, and the song samples her track “4 Page Letter”) and an absolutely brutal putdown for other MCs. The album’s production, handled largely by in-house TDE beatsmiths like Sounwave and Tae Beast, is dense and heady, filled with subtle samples and laying a sonic framework for thousands of aspiring Top Dawg acolytes to mimic. It’s unlikely that Section.80 would have found the same audience as good kid had it been his proper major label debut, but Kendrick is simply so far ahead of the rest of the game that this record still feels as visceral and gripping as it did five years ago. – Grant Rindner 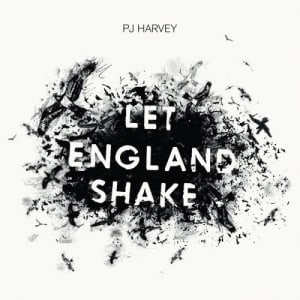 Reminiscent of the most ambitious, conceptual work of the Kinks, Let England Shake diverges from the tongue-in-cheek straight face of Ray Davies in the lacerating confrontation of PJ Harvey’s direct lyrics. Backed by a clang of what sounds like folk music being crushed to death by the gears of the Industrial Revolution, the album’s tracks unfurl as a kind of “People’s History of the United Kingdom,” offering an alternate timeline of glorious conquest and innovation with a travelogue of atrocity. The spectre of World War I hangs over the album like industrial smog, with numerous references to death on an unfathomable scale and war fight equally on national and class lines. Elsewhere, on “This Glorious Land,” a seeming paean to domestic expansion and technological advancement finds a land whose “fruit” is deformed and orphaned children.

This is compelling on its face, but what makes the album truly resonant is the manner in which Harvey drifts away from her agitprop to impressionistically render her political commentary through the terrain and physical presence of England. Hers is a land of rusted dirt and bare tree limbs, of dreary grays that coat even pastoral images with misery. Throughout, Harvey toes the line between fantasy and realism, illustrating the manner in which the nation visibly embodies its sins. Released five years ago, Let England Shake is perhaps the definitive critical embodiment of Brexit, a somber, occasionally wrathful demand to know what, exactly, is so worth keeping untouched about the country, anyway. – Jake Cole