Silver’s self-titled album remains a solid slice of radio-friendly country rock and an enjoyable snapshot of a bygone era.

In retrospect, I probably would have come across Silver’s self-titled 1976 album eventually even if it hadn’t caught my eye in a discount bin before I knew anything about it. It was the late ‘80s and I was a fervent devotee of the California country rock scene from which Silver sprang and, coincidentally, I was taking guitar lessons from the band’s bass player, Tom Leadon. Leadon was back in Gainesville, Florida, where he had been an important part of Tom Petty’s early band Mudcrutch. In the hazy, bell-bottomed, early ‘70s, Tom Leadon had followed his brother Bernie out to California who was then finding fame with the Eagles. After working in Linda Ronstadt’s and Johnny Rivers’ backing bands, Tom hooked up with future Grateful Dead keyboardist Brent Mydland and singer-songwriter John Batdorf, who was fresh off success as part of duo Batdorf and Rodney. Greg Collier, previously of a band called The Bowstring Rangers, filled things out on guitars and vocals and Harry Stinson, who later played as part of Steve Earle’s band and has since acquired an extensive session discography, was the drummer.

The quintet had talent to spare and was soon in the studio for mogul Clive Davis’ Arista Records. The resulting album had a cover designed by future Saturday Night Live star Phil Hartman and was produced by Tom Sellers. Sellers was having a hot streak of sorts, and was himself a musician. He’d been the arranger for Glen Campbell’s massive hit “Rhinestone Cowboy” the previous year, and worked with Poco and Eric Anderson the same year as Silver. It helped that he also had a connection with the band, having produced songs for Batdorf and Rodney.

The music on Silver is easy listening country pop rock, a la Pure Prairie League, America and Firefall, with maybe a bit more of a commercial sheen than the band originally intended. This sound was a result, to some degree, of Arista Records’ hand. As Tom told me, the band was less than enthusiastic about recording “Wham Bam,” the summery track Arista gave them when the label didn’t hear an obvious single on the record. Tom seemed a bit embarrassed about the song when I asked about it and though the chorus is a bit inane – “We got a wham! bam! Shang-a-lang and a sha-la-la-la-la-la thing” – the band plays it well and it scored them a minor hit, reaching #16 on the pop charts and still appearing from time to time on ‘70s compilations. For what it is – a top 40 AM radio bubblegum pop tune – it’s quite good.

The strongest tracks on the record, though, aren’t by the handful of outside writers or by Mydland or Batdorf, but by Collier (Stinson, who went on to become a prolific writer and Leadon, despite being responsible for the bulk of the then-recent Eagles song “Hollywood Waltz,” don’t have any songs on the album). His song “No Wonder,” “Trust in Somebody” and “Right on Time” link the album most closely to Silver’s Poco and Buffalo Springfield roots and have a bright spark. This was, however, the last audiences would hear from Collier on record until his 2016 collection Songs from the Blind Trail.

Unfortunately – and I feel a bit guilty about writing this since he’s no longer with us – Mydland’s two tracks are lowlights. “Musician (It’s Not an Easy Life)” is a self-pitying lament about the difficulties of playing music for a living, additionally burdened by a lifeless arrangement and melody. “Climbing,” though more upbeat musically, mines similar downbeat subject matter. So, for those Grateful Dead fans thinking there’s some Dead-like material to be found here due to Mydland’s involvement, think twice. However, the rest of the album flows naturally in line with the breezy feel of Collier’s songs and “Wham Bam.”

Despite the relative success of Silver’s debut, including a slot opening for the Doobie Brothers and America on a stadium tour, the band broke up the next year without recording a follow-up. According to Batdorf’s website, “different philosophies in music direction with the label” led to their dissolution, which corresponds to what Leadon had told me. At its heart, Silver seemed a band with more artistic potential than they were allowed to explore on record. Yet though it may not have reached its full potential, the album remains a solid slice of radio-friendly country rock and an enjoyable snapshot of a bygone era. 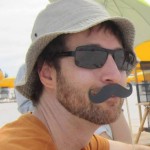 Rob is a writer and librarian living in the wild hinterlands (okay, really the suburbs) near Toronto, but he grew up in Florida and New York. He’s written about music for various publications including the Allmusic Guide, PopMatters, No Depression, All About Jazz, Aquarium Drunkard and on his own Music To Eat blog. Coffee shops, used record stores and the great outdoors are his habitats.