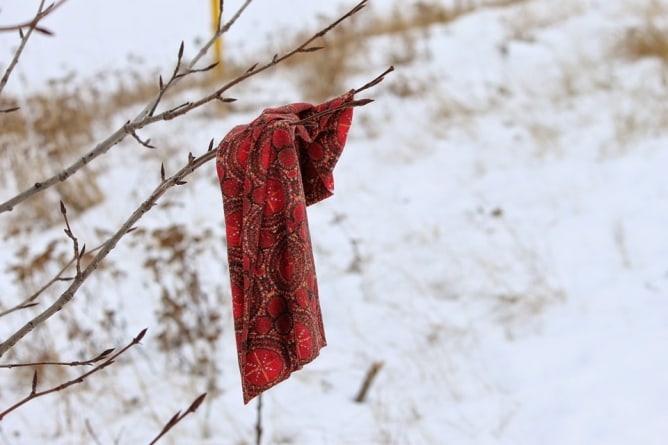 This song evokes a bright vision of when snow falls into the perfect vision of people dancing on ice skates. The sunny bass shines brightly under a chorus of heavenly vocals. Plinking xylophones dance over pleasure-filled piano. Short and wondrous!

Few bands can capture what it’s like to fall in love in NYC in three minutes. The song starts in snow and a tenuous emotional place on its way to a happy ending. To refuse to dance to this song and be reminded of any love and joy you’ve ever had in your life is a ridiculous act of defiance.

“It’s cold and dark,” thunder the drums over glassy guitar chords. “I’m not sure if you’re going to survive this cold,” the song responds with a tribal, double-time drumming and running bassline; these careen into triplet-circus fills, disorienting us into our chilly, drowning demise. A high-pitched keyboard coaxes us into the end-light.

4. The Fratellis – “Whistle for the Choir”

Someone has to stage a dance routine with this song à la Gene Kelly that’s set in Central Park by the big fountain. This song is all about dreams and longing and is so infectious it needs the An American in Paris treatment. Sadly, I am no Gene Kelly, but that flight of fancy powered me through some long hours on empty subway platforms after late night shifts as a bartender.

One of Phantogram’s best tracks, this instrumental chops up synthetic burbles with a hip-hop beat maker’s ear for syncopation. Sarah Barthel’s vocals feel so distant, but the groove is undeniable, both haunting and infectious.

You can’t have a list like this without “snow” being a drug metaphor somewhere. This song has special significance if you grew up listening to the Chili Peppers, got into some shit and made it to the other side. You learn the big lesson that you can be funky with dignity, grace, maturity and an ounce of sanity.

February isn’t most known for being a very snowy month, but Terius Nash’s smooth, minimalist ballad always gives off a wintry vibe. He comes off like a delinquent Santa, bringing Christmas gifts a couple months late in new Cupid rags. It’s one of The-Dream’s more confident, underrated cuts.

2. Tom Waits – “Christmas Card from a Hooker in Minneapolis”

Waits is the voice of every tragic holiday here. He reminds us that we delude ourselves with fairy tales when times are supposed to be jolly but are cold and desperate. The big question at the end of the song is if Charley is gonna dance alone or with a partner come Valentine’s Day.

The jerky drums in this simulate dancing on compacted snow that has turned to ice: slightly terrifying with a side of trepidation. Icicles of crash cymbals and keyboard strikes interrupt lovers kissing in the brooding twilight of David J’s bassline. The song ends abruptly after several measures of experimental, sharp, quick guitar pieces, simulating an uncontrolled descent to the bottom of a previously undiscovered deadly chasm.

Maybe it’s her Nordic background, but Robyn’s particular brand of pop always screams winter. “With Every Heartbeat” pulses forward with this glacial procession of computery blips. It’s one of her sparser cuts, but the delicate strings give it an emotional richness.

Stark white keyboard arpeggios float over waltzed, soothing drums. Effected guitars thread through the sonic landscape like a frozen stream, punctuated by bells. Angelic female vocals shine on your face before the breathy verse darkens the landscape over a tremendous minor bridge.

6. Twin Shadow -“Castles In The Snow”

Before George Lewis Jr. plunged into mediocrity with his major label debut, the Twin Shadow project pumped out moody, atmospheric cuts like this with ease. Sounding like an antimatter universe version of The Time’s “Ice Cream Castles,” this song is a slinky, icy dirge of tortured romance. Stevens croons to a toxic lover from inside the cavernous echoes of his barren heart, buoyed by menacing synths and scuzzy reverb.