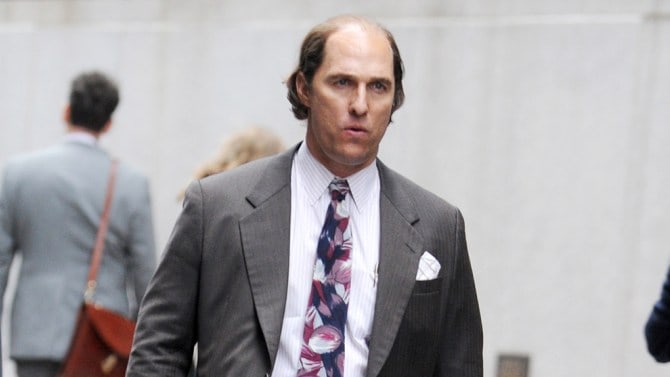 Gold falters not only due to the oversaturation of its premise but also from heavy-handed pacing, dull characters.

The past few years have seen a bullish market for films about sleazy white men using cunning tactics of dubious legality to reap a virtual gold mine. Stephen Gaghan’s film about actual precious metal prospectors may finally mark the bursting of that bubble. Most directly descended from The Wolf of Wall Street, with thematic echoes of American Hustle and a dash of the capitalism-run-amok of The Big Short thrown in for good measure, Gold falters not only due to the oversaturation of its premise but also from heavy-handed pacing, dull characters and adherence to tropes over dramatic depth—problems which can’t be disguised by slapping a bald cap and some crooked teeth on a slightly pot-bellied Matthew McConaughey.

Like its Oscar-nominated forebears, Gold claims a basis in true events, even though greater liberties were taken with crafting this particular story. Most notably, Stephen Gaghan’s film—his first since 2005’s Syriana—Americanizes the true story of Canadian prospectors claiming a gold strike of epic proportions in Indonesia, the script calling for its skeevy protagonist Kenny Wells (McConaughey) to hail from Nevada. The gold claim and its notorious aftermath occurred in the ‘90s, but the film is set in the ‘80s, likely to piggyback off that decade’s reputation as an age of excess, and to tap into the currently popular cinematic aesthetic of its distinctive wardrobe and hairstyles.

After inheriting the successful family business from his father (Craig T. Nelson), Kenny has fallen on hard times. He’s had to sell off his home and move in with his longtime girlfriend, Kay (Bryce Dallas Howard). One night, he dreams of gold in Indonesia and impulsively sets off with his last scraps of cash to convince another struggling prospector, Mike Acosta (Edgar Ramírez), to go all-in on a dig. Their local workers end up walking off the job and Kenny catches a bad case of malaria, but at the last possible moment they make the strike of a lifetime. Originally a penny-stock, Kenny’s company rockets up in value on the NYSE and he’s suddenly wealthy beyond his wildest dreams. But his grip on the mine, and his relationship with Kay, remains tenuous as unbridled success and unchecked debauchery take hold, making most of the tension dissolve into a continuous loop of easy-come-easy-go.

Gold fails to make a mark largely because the slimy Kenny—whom Gaghan dresses in tighty-whities as often as he reasonably can—doesn’t have the wolf-in-sheep’s-clothing charisma of Leonardo DiCaprio’s Jordan Belfort in Scorsese’s off-putting but far superior film. Kenny’s not especially compelling, because despite his fixation on gold, he isn’t depraved or sophisticated enough to be interesting.

Even his drugs of choice are pedestrian; PBR and Seagram’s whiskey in place of Quaaludes and blow. He seems to learn nothing from his successes or his mistakes and, after an admittedly intriguing twist in the third act, we’re left with a relatively shallow character that, given the liberties taken by the script, doesn’t even have the benefit of a direct real-life parallel to serve as a cautionary tale. In development since 2012, and at various points attached to directors Michael Mann and Spike Lee, the film would have stood a better chance of succeeding in an incarnation that predated the litany of similar pictures about malevolent capitalism that have already taken home awards-season gold.