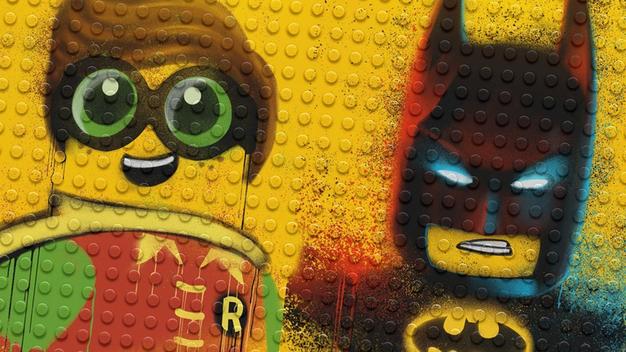 Not only another great LEGO movie, but a fresh and enchanting Batman film.

Christopher Nolan’s gritty Dark Knight Trilogy rescued Batman from the folly of the late ‘90s installments, but it did so through a grim rendering that was often humorless to a fault. The LEGO Batman Movie lampoons this super-serious Batman, sending up the overly sober elements of the superhero’s lore while plotting the film on his stubborn insistence to remain a brooding loner. Despite occasional sidekicks, a doting butler, stratospheric social status, and an almost intimate yin-yang bond with Gotham’s many supervillains, Bruce Wayne/Batman’s mystique (outside of Adam West) has long been that of a lone wolf who protects a metropolitan collective without reserving much sentiment for the individual. With manic pacing, razor wit and a zany self-parody that’s perhaps impossible to achieve in a live-action film, The LEGO Batman Movie not only good-naturedly subverts Gotham and the wider DC universe, but also pokes fun at pop cultural good-versus-evil duality at large.

Other than, obviously, the use of its namesake interlocking blocks, the greatest similarity between this film and its endearing The LEGO Movie predecessor may be its use of music. After kicking things off by once again foiling the Joker (Zach Galifianakis), Batman (Will Arnett) celebrates by boastfully singing about how awesome a hero he is (he can choke out a grizzly bear, among other feats of derring-do) and what a chiseled bod he rocks. But his world is soon turned upside down when the emotionally needy Joker insists on Batman acknowledging their relationship as greatest enemies. Batman’s refusal prompts the Joker to scheme his way into selling all of Gotham’s other villains down the river in order to obtain access to the greatest cinematic baddies of all-time.

While Batman refuses to reciprocate when Joker affectionately says, “I hate you,” he can’t seem to play nice with his allies, either. The new Commissioner Gordon (Rosario Dawson)—the highly-skilled, “Harvard for Police”-educated daughter of the familiar mustachioed commish—can’t squeeze cooperation out of him, despite his crush on her. Not even Alfred (Ralph Fiennes) can influence him all that much anymore. It’s not until Bruce Wayne accidentally adopts a doe-eyed orphan named Dick Grayson (Michael Cera) and Batman finds use for him as his Robin that the superhero manages to collaborate at all.

The emphasis on family may underpin The LEGO Batman Movie’s plot, but the film never devolves into sentimentality over gags. Though the vibrant visuals and madcap hijinks will certainly appeal to children, many of the best jokes require a broader knowledge of pop culture stretching back to at least the early ‘80s. An irreverence persists throughout the film, with jabs aimed at Batman’s many incarnations; Adam West’s campy dancing Batman gets playfully zinged as much as Christian Bale’s overly gruff-voiced vigilante. With so many DC universe superheroes, Gotham villains and iconic pop-culture monsters thrown into the mix, the rapid-fire gags come fast and furious. But somehow the film never feels overstuffed or cluttered, even when bit parts are divvied up to the more obscure Batman rivals like Clayface, Killer Croc, Egghead and the Condiment King—whom, at the film’s jokey suggestion, I had to Google in order to confirm that, yes, a ketchup-and-mustard-squirting maniac is indeed among the Gotham pantheon of evil.

With impeccably-cast voice talent, the film’s comedic elements and wild action sequences are perhaps only eclipsed by the audacity of bringing together so many icons and somehow making it all work. A film starring loopy LEGO-people may not possess the same novelty it once did, but this hugely self-aware movie punches up the zaniness and wit to make the whole experience not only another great LEGO movie, but a fresh and enchanting Batman film.