Though Peter Jackson’s 2005 remake of 1933’s revolutionary monster movie King Kong was well received upon its release, it didn’t garner the praise it deserved and its reputation seems to have sunk since. In fact, a third remake (called a “reboot” this time, perhaps hinting at a possible connection to the source material) is on its way later this year. Remaking a film a mere 12 years later hints at a “save the franchise!” production like 2008’s Incredible Hulk than a more respectful remake along the lines of The Thing or, in fact, the first two Kong remakes, which came at 40 and 70 years after the original.

The lack of respect afforded to 2005’s King Kong is due to a number of factors, but the primary reason is that the film was a far more emotionally resonant experience than its origins would have suggested. The first King Kong was a platform for Willis O’Brien’s spectacular stop-motion effects and Max Steiner’s state of the art musical score. The 1976 version was a passion project for Hollywood super-producer Dino De Laurentiis, who went for lighthearted delivery and once again a focus on groundbreaking special effects. Jackson’s King Kong is a different animal. Though there is once again a focus on extraordinary special effects, the film itself is an ode to old Hollywood, a love letter to its origins, and its focus is on characters and relationships. All of the main characters are a joy to watch, with excellent turns by Jack Black as an over-the-top film director, Kyle Chandler as a vain leading man, and Adrien Brody as a hesitant leading man. The stars of the film, however, are Naomi Watts as struggling actress Ann Darrow and Kong himself, a marriage between state-of-the-art special effects and a motion capture performance by Andy Serkis (who has since only built on his mo-cap simian star power, starring as Caesar in the Planet of the Apes films).

Watts gives an electric performance, balancing the athleticism of a vaudeville performer with the open heart of a romantic heroine. She makes you believe that she actually shares a friendship with Kong. What starts as a desperate attempt to stay alive (with a classic scene involving Ann pulling out every vaudeville trick in the book to entertain Kong) becomes genuine feeling, and Watts gives one of the great-underrated film performances here. Kong draws eyes just as strongly, not only for being believably rendered by special effects, but also with his little motions and the sparkle in his eyes. Serkis does an excellent job of using Kong’s physicality to portray his power and also his loneliness. Ann and Kong are yin and yang. She’s emotionally strong and physically weak. He is powerful but truly isolated, both physically and, as the film tells us, on a species level, as he is the last of his kind. Together, the two characters build a believable, platonic romance. The fact that Jackson pulls this off without making it bestial is a testament to his sure hand.

Also not helping was the timing. After the success of the Lord of the Rings trilogy, Jackson had one of Hollywood’s rare “golden tickets” – a free pass from a studio to make basically whatever he wanted to make at any cost. Historically, projects like this have crashed and burned (see Andrew Stanton’s post Finding Nemo and WALL-E disaster, John Carter as an example). The budget, coupled with the bloated three-hour-plus runtime and the sheer amount of special effects on display, caused a lot of folks to react to see King Kong as Jackson giving into his worst habits. This argument hasn’t been helped by Jackson’s subsequent work in The Lovely Bones and his Hobbit trilogy, where he did put visual effects well before story. Unlike those films, however, King Kong shows Jackson at the height of his powers. The aforementioned subtlety of the story echoed his most emotional Heavenly Creatures and Lord of the Rings moments, and the length of the film allowed for three distinct “acts,” which added to the film’s vintage showbiz feel.

The film’s final act, which sees Kong on the loose in New York City, is romantic, funny and completely heartbreaking. Watching Kong and Ann share an ice-skating moment in Central Park is reminiscent of the best old Hollywood romances, and it is a startling comparison because it makes one realize how sanitized those old films were. Jackson is smart to leave any hint of sexiness off the table, instead going for warmth and understanding, but seeing how reminiscent this is of vintage cinema romance makes you realize how neutered they were back then.

One thing that still rubs the wrong way about 2005’s King Kong is the racist portrayal of Native peoples (a problem the film shares with the original and the first remake). It’s entirely unnecessary and doesn’t even serve the story particularly well. One hopes that 2017’s Kong: Skull Island will finally get it right. Also, it would have been very nice if there had been more than one major female character in the film. All of Jackson’s films share this problem. The inclusion of one speaking role for a woman appears to be enough for him, but that is not reflective of the world we live in nor is it ideal for the construction of a fantasy built for mass consumption.

That aside, 2005’s King Kong is a masterpiece. It’s a complicated combination of several distinctive styles; an ode to old movies in the vein of The Artist and La La Land, a big-budget blockbuster that is just as stunning as any of the Jurassic films and a believable, warmhearted romance. The film combines these beautifully, and hopefully the release of a new Kong film this year will bring new eyes to this recent classic.

The Ancestor: by Danielle Trussoni

A work with the bones of a classic gothic tale but with flesh that is of our time. … 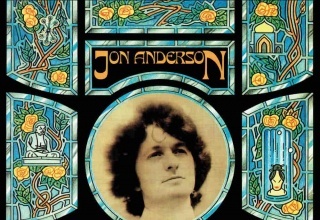