Los Campesinos! imbues the music with energy that will never seem contrived.

The Spanish word “campesino” translates to “countryman” or “peasant,” which is meaningful to consider when listening to Los Campesinos!, because they firmly assert themselves as an unpretentious band that aligns with the people. At their best, they create music that cuts out the distinction between the artist and the audience, conjuring the communal rush of hearing music that you love being played by people that love to play it for you.

Except for a few slower numbers, Los Campesinos!’s sixth album, Sick Scenes, is packed end to end with impassioned indie rock that’s punk in spirit and energy, if not in sound. Each song is carefully constructed and arranged, making great use of lithe percussion and anthemic backing vocals that create joyful urgency. The production matches this sense of urgency—every instrument is in-the-red and there is little space to separate the instruments, making each song feel like a head-rush. But there are still twee choices that pop up, with the synths and horn sections in particular sounding like toy instruments. It’s self-aware, but it doesn’t distance the listener.

This kitchen-sink approach is also indicative of the record’s sonic touchstones—which is, mainly, rock of the indie-leaning variety derived from the aughts. There isn’t a single song here that couldn’t have existed by 2008 (which, interestingly, is when the band released their debut album). Despite the record’s strengths, it’s difficult to imagine this making many waves in a time when bands like the Hold Steady or even Broken Social Scene aren’t at the forefront of the conversation.

The album’s nostalgic sound is also underscored by the backward-looking lyrics, which speak directly to house shows, lost love and getting older. But Sick Scenes isn’t particularly conceptually coherent—the nostalgic sounds don’t make some kind of greater statement about culture. Rather, Sick Scenes evinces a seasoned band doing their thing well. While the band’s reedy lead vocalist, Gareth Campesino! (all the band members insist on listing their surnames this way), delivers his verbose, mile-a-minute lyrics with enough melody to be hooky, his phrasing lacks clarity for the listener to latch onto during the first listen. And this is certainly an issue for a band that so clearly yearns for connection. He also isn’t a particularly unique singer, which can make the album feel indistinct at times. Still, when you put in the effort to follow along, the lyrics offer little profundities that ring with truth. In one of the most effective observations that Gareth make, he sings, “Preoccupied now for days by nostalgia waves I hated the first time.” It’s a tongue-twisting approximation of the difficulty of adulthood: being a teenager is hell, but it’s nothing compared to pain of measured expectations.

Despite all this, Sick Scenes doesn’t feel particularly immature or pathetic. Even in its most achingly sentimental moments, Los Campesinos! imbues the music with energy that will never seem contrived. This album won’t change the game, but it’s effective enough in what it sets out to do. 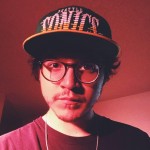 Tanner Smith is a filmmaker, writer and artist living in Los Angeles, CA. Find him on Twitter @tonersmyth.