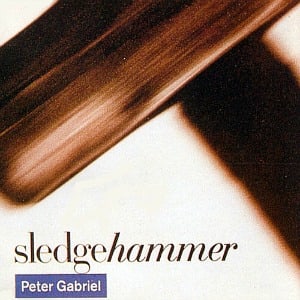 Aside from being the most played music video in MTV history, former Genesis frontman Peter Gabriel’s “Sledgehammer” is one of the most enduring and effective pieces of ‘80s pop the decade produced. As groundbreaking as that visual achievement was, it still isn’t quite powerful enough to fully reveal the aural intensity of the song itself. “Sledgehammer” is five minutes and twelve seconds of pure musical force. From Wayne Jackson’s punchy horn section to Gabriel’s soulful vocals, it’s a track that feels like it’s trying to physically fight its way out your speakers, like there’s a whole world on the other side of your headphones no special effects could begin to capture.

Gabriel said “Sledgehammer” was born of his love for old Stax and Atlantic records, but his take on that classic sound is far from nostalgic. “Sledgehammer” feels like a transmission from the future, a light speed missive from extradimensional beings translating old 45s into a language they can understand. This isn’t a white boy on safari through the jungle of black music, but an oddball archaeologist digging up the past and marrying the parts that speak to him the most to his own unique tone.

The result is something truly timeless. On the one hand, its iconic visual accompaniment screams ‘80s, but the track is truly free, untethered to any one epoch. It’s a transcendent example of the elastic strictures of genre and how much can be achieved by stretching those walls to their breaking point. Gabriel has a host of other great songs in his repertoire, but none so singular a statement, so commanding a radio presence as to strike like a lightning bolt into the pop cultural consciousness. Sure, you can’t exactly picture John Cusack cranking it from a boombox on Ione Skye’s lawn, but that’s a good thing. If Dobler was blasting “Sledgehammer” the fucking house might have fallen over. – Dom Griffin 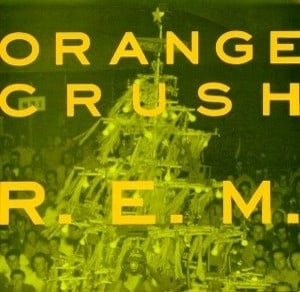 “Orange Crush” is one of the handful of R.E.M. songs that would be out of place playing in the background of a sports bar, which is a weird thing for this band. It took a while for R.E.M. to embrace being a rock band; they always seemed too consciously strange and meticulous to really cut loose in an arena-rockin’ way. Despite their best efforts, though, they became an arena rock band on the back of what was perhaps their most eclectic album up to that point (Green). On the surface, then, “Orange Crush” would appear to be a simple olive branch, a killer live song to play for crowds who may not have necessarily been down with the likes of “World Leader Pretend” or “You Are the Everything.” This being R.E.M., though, things aren’t always what they seem, and there’s more to “Orange Crush” than a big, stomping rocker.

Even for big rock songs, “Orange Crush” feels atypical. There’s nothing triumphant or exuberant about the song; instead, there’s a sense of urgency that makes it feel like a call to arms. This was when R.E.M. were becoming more explicitly political, and the lyrics bear that political message out, albeit it in a vague, Stipe-ian fashion. References to Vietnam, Agent Orange (the “Orange Crush” of the title) and the effects of the war on a generation of naive Americans permeate throughout, and Bill Berry’s rapid drum fills deliberately mimic the sound of helicopter rotors whirring or machine guns going off. Hell, the recording of soldiers sounding off on the march and Stipe’s in-character spoken word piece at the end of the song pretty much hammer the point home. Yet it’s still eminently listenable, as invigorating as mainstream-leaning rock music can get. That, in turn, is the real triumph of a song like “Orange Crush”: in a time when mainstream rock music would often reflect the vapidity and materialism glorified in upper-middle class America, R.E.M. reminded its new audience that music could have a purpose. – Kevin Korber