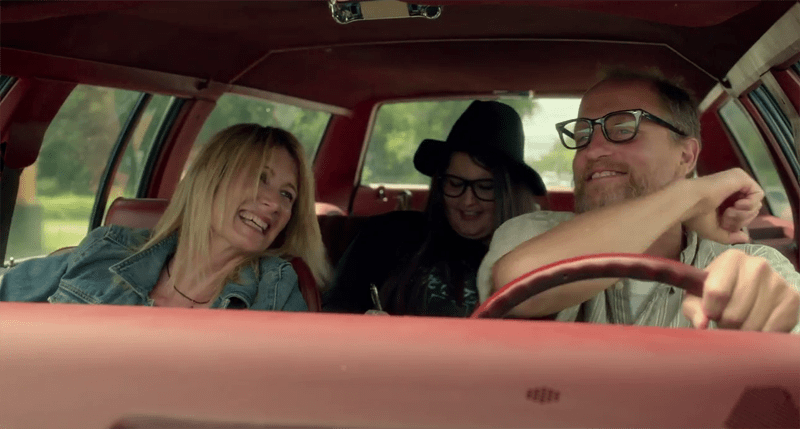 In Daniel Clowes’ graphic novel, Wilson is a middle-aged misanthrope with male pattern baldness, a dog named Pepper and an indifference to other people’s boundaries. He and Pepper amble the streets, bus stations and Formica kitchens of Oakland as he pontificates to anyone who’ll listen about the sorry state of human society. His churlish soliloquies are divided into single-page vignettes that vary in visual style and form a loose, fragmented narrative during which he reunites with his ex-wife, discovers a long-lost daughter and even does time in prison.

But describing the comic in terms of plot doesn’t quite do justice to how it works on the page. Clowes’ deadpan and fragmented style disorients readers while encouraging ambivalence towards Wilson himself. On one hand, his indulgent rambling and habitual condescension will resonate with anyone prone to getting interrogated by strangers. On the other, it’s hard not to concede, however begrudgingly, the occasional validity of his world-weary grievances.

In adapting <em>Wilson</em> to the screen, Clowes has made the crucial miscalculation of taking Wilson’s story seriously rather than as a delivery system for his autodidactic philosophizing. It’s a comedy, but a comedy in the Indiewood mode of integrating irony and off-color humor into a good faith appeal to the viewer’s emotions. Woody Harrelson’s Wilson at once fleshes out and abbreviates his on-page counterpart. His logorrhea is drastically reduced to an abrasive quirk.

To their credit, Clowes and director Craig Johnson mostly sidestep outright sentimentality. Much of the dramatic momentum derives instead from the awkward charisma of the performers. Harrelson is, perhaps necessarily, the most valuable player. His underbite perpetually twisted into a wry, slightly crazed smile, perfectly happy to be the only one laughing at his own jokes, he strikes just the right balance of mania and mischief. Laura Dern, as Wilson’s ex-wife Pippi, vacillates between anxiety, exasperation and surrender to Wilson’s cheerful monomania. Like Harrelson, Dern’s established star persona does some heavy lifting, suggesting an inner life in constant, if subtle, defiance of her ex-husband’s idealistic projections. Judy Greer, as Wilson’s yogi dog-sitter, and Cheryl Hines, as Pippi’s officious sister, do what they can to transcend underwritten, typecast roles—the one a Manic Pixie Dream-Girl, the other a Stepford Wife—that makes one wish their talents weren’t at the mercy of even indie cinema’s sexist bad faith.

While the actors help make the film watchable, their very strengths run counter to the graphic novel’s tone. Lively comic acting supports a dramatic style that is broad, colorful and vernacular where the novel is denatured and detached. Much of the humor doesn’t translate. Clowes’ page-long scenes often end in punchlines that are funny precisely for their abruptness, whereas the same scenes on film just seem to trail off. The biggest laugh arrives in what begins as the familiar premise of Wilson accosting a stranger—this time at a urinal—which then carefully builds momentum through a series of subverted expectations, rather than cut its losses early. The film also makes good use of slapstick, especially in sequences set in prison, where Wilson’s antics encounter a blunt reception that’s far overdue.

Even the physical humor doesn’t always land. Johnson, who previously helmed 2014’s divisive black comedy <em>The Skeleton Twins</em>, has yet to develop the assured command necessary to pull off pratfalls with any consistency. For his part, Clowes streamlines a story that, with the clarity of a foul-mouthed indie-pop comedy, meanders and drags, its protagonist ultimately unable to give viewers much of a reason to endure his trials for the length of a feature film.