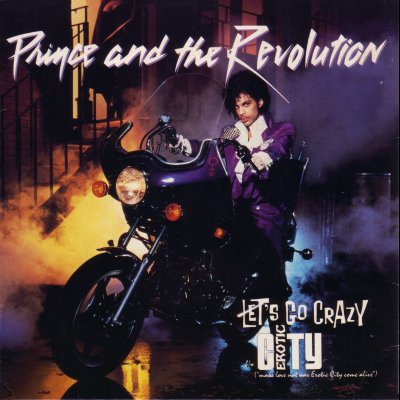 Everything purple turned to gold. At least that’s how it seemed in 1984. Prince’s first album with backing band The Revolution, Purple Rain, produced hit after hit, from the chilly experimentalism of “When Doves Cry” to the funk-pop buoyancy of “I Would Die 4 U.” Drop the needle on the record and you’ll hear opening track “Let’s Go Crazy,” the second single from the record to earn a number one spot in the Billboard Top 100.

And yet for its very deliberate placement at the beginning – both of the album and as the opening sequence of the eponymous film – “Let’s Go Crazy” fades in with the most final of recitations – a eulogy. Backed by the faux drama of cheesy back-parlor organ tremolo, Prince’s voiceover gives the “dearly beloved” the grand pronouncement: “But I’m here to tell you/ There’s something else/ The afterworld.” But this isn’t a gentle deliverance. An impatient drumbeat kicks in, the meditation swelters and a mean guitar lick crashes us back down into the Material World where fires blaze only because we set them off. “Let’s go crazy/ Let’s get nuts…”

Manically propulsive, “Let’s Go Crazy” is all about the highs and lows, both musical and metaphysical: starlight keyboards spark up against gritty guitar work while Prince describes the existential choices we face by stepping into that Divine Elevator (“And if de-elevator tries to bring you down/ Go crazy/ Punch a higher floor!”). Prince’s religious messaging penetrates the raucousness here – perhaps less literally than on Jesus allegory “I Would Die 4 U” – the “de-elevator” meant as metaphor for the devil.

Prince pulls out some truly exultant guitar solos, the whole song in some ways feeling like an acceleration into this final frenzy just as the backing band winds into a slowdown, preparing for the curtain to close. The end introduces the beginning; here he is as alpha and omega. “Let’s Go Crazy” takes on a renewed significance posthumously; the still-unbelievable fact that Prince was found unresponsive in a Paisley Park elevator makes this song feel like an eerie foretelling. Maybe that’s poetically tragic or maybe it’s tragically poetic, but given the passion of his music and the depth of his philanthropy, one can only imagine the elevator was on its way up. – Stacey Pavlick 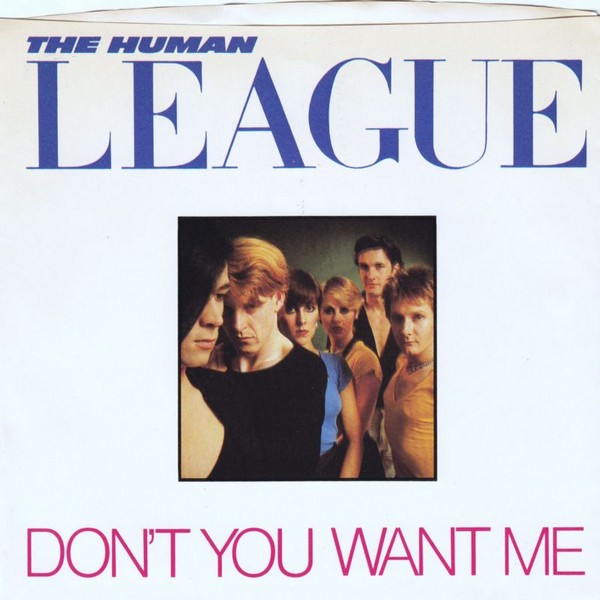 1981 proved a pivotal year for The Human League. Not only did the Sheffield outfit seek to shed its dark roots in favor of something more palatable, something more pop driven, but it succeeded in that endeavor. Why, then, does the song seem to be forever associated with 1982? In part because it only came out in November of the previous year with a video issued soon thereafter. Come the spring, it was one of the hottest hits on radio, lingering in the Top 40 charts for months on end and boring its way into popular culture with uncommon ferocity.

With its tale of lovers who have a history (she was working in a cocktail bar when she met him, remember) but maybe not much of a future – to say nothing of its synth heavy hooks and of-the-moment production – the song couldn’t help but be a hit. It would predict the sound and smell of a hit for the coming years. Listen to the upbeat tunes that Berlin issued or Animotion’s “Obsession” and you’ll find that they smack of “Don’t You Want Me.” Really, who could blame anyone for wanting to sound as good as this song sounds even today?

The track and the album from which it came, Dare, served as a significant departure from the often industrial sound the group mined on its previous efforts. That sound wouldn’t return as The Human League became one the defining bands of the 1980s with further hits such as “Human” and “(Keep Feeling) Fascination.” Despite a considerable well of strong tracks, most of us have tethered the band to this single. That’s not all bad, though, as there are worse things to be associated with than a danceable beat, lyrics about a complicated affair and a chorus no one can resist lending their voice to. – Jedd Beaudoin