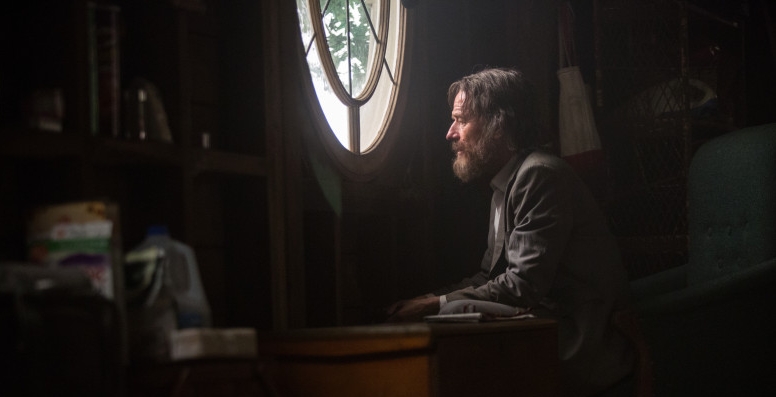 Lester Burnham comes to mind when considering the antisocial response to upper-middle class ennui at the heart of Wakefield.

Lester Burnham comes to mind when considering the antisocial response to upper-middle class ennui at the heart of Wakefield. In the criminally overrated American Beauty, Kevin Spacey’s character retreated from his suburban malaise by quitting his office job, telling off his wife and finding liberation by regressing into high-school behavior. Howard Wakefield (Bryan Cranston) takes this retreat from responsibility even further, leaving his family not only in spirit but also quasi-physically, hiding out in the attic of a detached garage so he can keep a watchful eye on the fallout from his unexplained absence.

Like Lester, Howard is a selfish, manipulative middle-aged man who finds a perverse sense of moral superiority in his petulance. Wakefield’s greatest strength lies in the peculiarly unplanned and gradual progression to Howard’s reclusion: when a power outage on his commuter train forces him to arrive home from work late, he chases a pesky raccoon out of the garage’s attic and simply decides to stay there for a few hours rather than face his angry wife, Diana (Jennifer Garner), who’s understandably miffed that he hasn’t answered her calls. He watches through the window as his wife and two daughters pack it in for the night, narrating in a shrill voice what he imagines them to be saying. When he fishes a foil-wrapped baked potato from the garbage can (after smugly noting his wife’s pettiness for dumping it in the trash after he no-showed), he dozes off in an armchair, prolonging his absence for the entire night. From there, he just kind of decides to go with it rather than face the music.

Even as Diana receives visits from the police and her mother, Babs (Beverly D’Angelo), the latter of whom appears (at least through Howard’s cynical lens) more concerned with the state of the couple’s bank accounts than her daughter’s emotional condition, Howard refuses to make his presence known, instead gleefully watching it all unfold from his hideaway. This bizarre behavior makes for some simmering intrigue, and there’s something to be said for the meta-voyeurism of watching a man surveilling his family for months while transforming into an unkempt, Howard Hughes-like figure—although, here, the jars of urine are far more practical. Other than a few initial ventures into the house for food, Howard decides to refrain from “taking” anything from Diana anymore (out of some warped sense of principle) and forages the neighborhood garbage cans for scraps to sustain himself.

Writer-director Robin Swicord has proven adept at adapting literature to the screen, and she does fine work here translating the interiority of E.L. Doctorow’s short story into cinematic language. For a film primarily about a man hiding in an attic, Swicord provides enough narrative texture to keep things interesting, with Howard not only verbally narrating imagined conversations from his perch, but also providing heaps of voiceover. We also get occasional flashbacks to Howard and Diana’s courtship and the earlier days of their marriage, giving Garner’s character an actual voice in various scenes, most of which simply point to what a terrible person Howard is. After all, he only became interested in Diana because she was dating his best friend, and through the years his libido has been fueled primarily by twisted games involving taunts and jealousy.

In the end, this is Wakefield’s greatest flaw: that Howard is an irredeemably selfish, contemptuous individual who acts like a victim while doing terrible things. Like Lester Burnham, he resents his disinterested daughters simply for behaving toward him like typical teenagers and he acts as though not being the center of attention is a form of persecution. He adopts full-blown martyr status with his unexplained absence and presumed death, the uncertainty of which prevents his wife from moving on, and it’s a testament to Cranston’s nuanced performance that a man who would rather eat garbage, poop in a bucket and spy on his family than tell it to them straight ends up being interesting at all. Implicating the viewer in voyeurism is one of the unique charms of cinema, yet when channeled through a character so bereft of decency and filled with a false sense of superiority as Howard Wakefield, it only serves to leave the viewer feeling a little dirty.