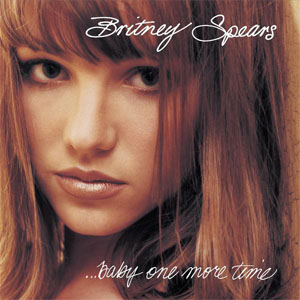 Max Martin may be credited as songwriter and producer, but he’s neither; he’s a military strategist and an evil overlord, with Cheiron Studios his Nordic volcano lair. It was clear from the outset that he was bent on world domination, and with *NSYNC and Backstreet Boys he was well on his way. To fully achieve his goal, he needed a number one hit, and found it with Britney Spears.

Martin had big singles with other artists, but with “…Baby One More Time,” he successfully weaponized pop music. While Spears seemed little more than a means to an end (the song was famously turned down by TLC), she owns it by alternating between her come-hither slink and demanding presence. As the debut single and title track of Spears’ first LP, “…Baby” was a guaranteed career-launching smash hit. Naturally, being engineered for greatness certainly helps, especially that supernova of a chorus. Yet after the first half-dozen listens, hidden elements reveal this as more than just a few catchy melodies. The three-note piano line, wah-wah guitar and hiccupping bassline are all tiny hooks themselves, further solidifying the song’s permanence in your brain.

Still, the song may be even better known for its music video than for its mega-hook. Taking the song from inescapable hit to cultural touchstone, the four minute video of outfit changes (some cringe worthy) and choreography formed the blueprint for every teen pop hit of the late ‘90s and early ‘00’s. After “…Baby One More Time,” Martin and Spears would go on to make fantastic singles together and separately, but this first collaboration is still the peak of both careers. And, yes, that includes “Since U Been Gone” and “Toxic,” respectively. In their defense, this song is fucking perfect. – Steve Lampiris 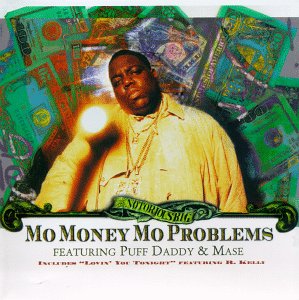 Few artists have had their post-death image plundered quite like Biggie Smalls. In hip-hop, it wasn’t until J Dilla’s back catalogue was snatched up like Indiana Jones on an antique treasure that anyone else measured up in posthumous releases. B.I.G. only gave us one album before his untimely passing, but he left behind a lifetime of iconic slogans, which may have been his biggest talent. From the classic opening of “It was all a dream!” to the cross-generational hip-hop chant “party and bullshit,” the title, “Mo’ Money Mo’ Problems” may well be his most enduring phrase.

Though it was one of the biggest singles of his career, it also proved divisive, with no fault on Christopher Wallace’s part. Instead, there is something strange about the video showing off Diddy and Ma$e dancing around in neon-yellow track suits and flying in wind tunnels while they’re supposed to be honoring their deceased friend. No matter though, that glorious “I’m Coming Up” sample coats the whole track in summer sugar.

Furthermore, it set the template for summer rap jams to come. Jay-Z’s “Empire State of Mind” and Kendrick Lamar’s “i” both claim heritage from “Mo’ Money”’s BBQ jam vibe. And despite the duo’s faffing about, when Biggie’s ghost shimmers into view, it’s his show, even from beyond the grave. “Dangerous on trizacks, leave your ass flizat,” is one of his funniest lines, but there’s just enough menace to make that smile a little worried. This is where B.I.G. simply demonstrates his greatness, mapping its topography with internal rhymes. Finally, one of Biggie’s best tricks was the way he leant gravitas to every word, even if that word was “fizat.” “Mo’ Money” further cemented Wallace’s unsurpassed excellence; even beyond the grave, he overshadowed the two men desperately latching onto his talents. – Nathan Stevens