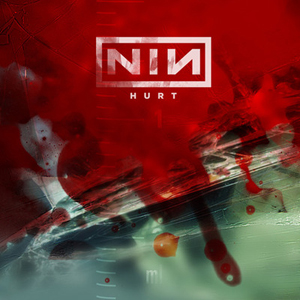 “Hurt” is the most dismal thing Trent Reznor has ever created and likely ever will. He’s the king of the ‘I’m broken’ soundtrack, and this is his highest (lowest?) accomplishment as a songwriter. It’s just so fucking depressing.

And that’s the point. As the final track from Nine Inch Nails’ pop-industrial masterpiece, 1994’s The Downward Spiral, the only form “Hurt” could take is the bleakest goddamn thing you’ve ever heard. In an album full of self-destruction, self-loathing and utter melancholy, “Hurt” is both a microcosm of Spiral and its single best representation.

As a lyricist, Reznor’s always had a gift for distilling humanity’s dark underbelly down to its core – taking the skin and peeling it back, as it were. Pick any line and marvel at the darkness: “I wear this crown of shit/ Upon my liar’s chair,” “I focus on the pain/ The only thing that’s real,” “I will let you down/ I will make you hurt”. The words themselves occupy the blackest of the black realms. To wit, the matter-of- fact statement, “I hurt myself today/ To see if I still feel” is the song’s coldest line, and it’s what Reznor opens with.

While impossibly morbid, the song offers hope – perhaps only a glimmer – through the stunningly and achingly delicate music found within. In a sense, the songwriting mirrors the juxtaposition of beauty and ugliness. Harsh distortion slowly envelops the gentle strumming and verse melody, but subsides for the cautiously optimistic chorus and a elegantly spiraling piano line promising hope that is so clearly a lie. The song (and album) ends, like the narrator’s life, simply by fading into churning, distorted nothingness.

And yet somehow people still go absolutely apeshit for “Hurt” when it’s performed. How could it be that crowds sing along to such pain? The answer, it seems, is easy to find: Johnny Cash recognized the song’s artistry and importance by releasing his own chilling version in 2003 mere months before his death. After hearing the song and seeing the music video, Reznor declared a year later that “Hurt” was no longer his. “I wrote some words and music in my bedroom as a way of staying sane about a bleak and desperate place I was in,” he explained. “Some-fucking-how that winds up reinterpreted by a music legend from a radically different era/genre and still retains sincerity and meaning. Different, but every bit as pure.” – Steve Lampiris 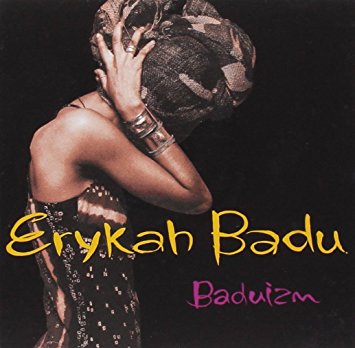 The first thing you notice is the chords. The goddamn chords. They stretch from beat to beat like gossamer cobwebs, and Erykah Badu wanders through them, dazed, seeming to brush them aside with her arm as she sings. She seems so adrift that you’d be forgiven for missing the song’s most devastating revelation, tossed off almost accidentally, late in its nearly seven minutes: “We’re gonna make it,” she sings, softly, hopefully. “You, me and the baby.”

Despite some worthy competition from the pen of Jazmine Sullivan, “Other Side of the Game” is the best song ever written about what in rap cliche are called “ride-or-die chicks”—the ones who will support their man through the thick and thin of the hustle, no matter what shit he gets into. Rap dudes like to think their girls are loyal out of love, and Badu loves her man, or she claims to. But she’s got too much at stake not to ride, and our mind wanders to the “die” part of the equation. “I can’t make it on my own,” she intones, and we believe her. (It’s a testament to her pitch-black sense of humor that the song samples the O’Jays’ “Family Reunion.”)

This is the best song on Badu’s debut Baduizm, which introduced neo soul’s most enduring star and helped set a template for its languid sound—not to mention spawning a great rehash in the deceptively upbeat “Gone Baby, Don’t Be Long,” from Erykah’s 2010 magnum opus New Amerykah, Pt. 2: Return of the Ankh. “Other Side of the Game” is in no hurry to get anywhere, which is appropriate as all Badu can ask for is a moment of domestic bliss without worrying about her man getting killed or busted. It burns slowly, never builds, never pays off; it’s just there. “I became the sun, you became the moon,” Badu sings, and she sounds no less adrift in space. – Daniel Bromfield