Black Girl, Ousmane Sembène’s 1966 debut feature film, demonstrates first-hand the demoralizing effects colonialism has wreaked on those on the wrong side of the equation. To the French nationals in the film, Senegal is not only a business opportunity but an exotic playground where customs, clothing and attitudes have been reduced to exist merely for their pleasure.

According to critic Ashley Clark, Sembène is considered “the father of African cinema,” and Black Girl is one of the first films from that continent to be seen in Europe. The lack of African films up until then is the result of Le Décret Laval, a 1934 decree that banned Africans who lived in French colonies from making films. Lifted in 1960, it took years for these countries to develop any sort of film industry. Sembène, a writer with Marxist leanings, adapted his own short story into the swift (Black Girl clocks in at less than an hour) and devastating tale of a Senegalese woman who comes to France to work for a white family. 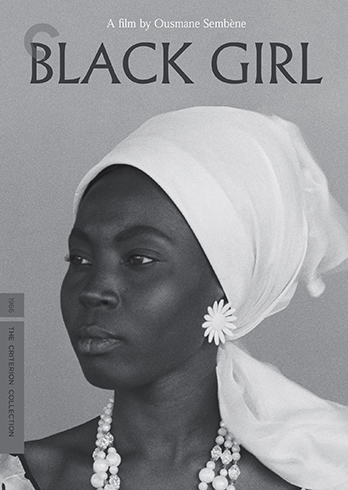 Diouna (Mbissine Thérèse Diop) arrives in a port city in the south of France when the film begins. Sembène puts us directly in her head via voiceover as she asks, “Has anyone come for me?” Soon, her boss (Robert Fontaine) arrives and spirits Diouna to the apartment where she will serve his family. The first thing we see as Diouna enters the apartment is an African mask on the wall, an early clue from the director that Diouna’s new employees see her in a similar manner, a fetishized token plucked from less than civilized land, now on-hand to do their bidding.

Via flashback, Sembène shows us how Diouana came to be in the employ of the unnamed French family. In Senegal, working for white folks is a status symbol, he tells us. While in Senegal, Diouana’s main concern is caring for her employers’ young children. When she is invited to France, the Madame (Anne-Marie Jelinek) has Diouana believe that her job will not change much there. However, upon arrival, the children are mostly not around and Diouana is expected to cook, clean and wait on the family and its friends. Diouana fantasizes of enjoying the same luxuries as the French: shopping, walks on the beach and dinners at fancy restaurants. Instead, she is forced to cook for the family’s racist friends, so-called “cultured” French folks who gawp and stare as Diouana serves them Senegalese food. One man, so taken by her, forces a kiss on the horrified Diouana, claiming that he has “never kissed a Negress” before.

Sembène fills out Diouana’s backstory, showing her life in Dakar before she becomes subjugated by her employers. Diop, a non-actress, embodies Diouana’s sorrow, one that leads her to a very dark place by the time the film ends. We learn, via flashback, that she had given Madame the mask on the wall as a gift. By the time she reclaims the mask, we are led to believe that Diouana may actually be claiming her independence. Sadly, the oppression is too heavy, and by the film’s end Diouana has nowhere left to go.

Black Girl is just the beginning of Sembène’s anti-colonialist films. In its coda, the remorseful patriarch of the family goes back to Senegal to return the mask to Diouana’s family. He inadvertently gives the mask a power and life of its own, one that will come to symbolize Africa rising up to its oppressors and reclaiming its voice. With Black Girl, Sembène takes the first giant step in reclaiming and creating an African cinema that is rich as the continent’s other artistic heritages.