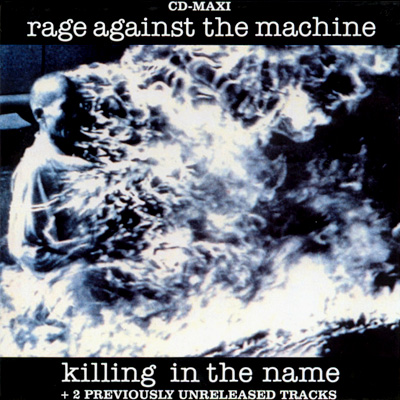 The mere mention of Rage Against the Machine will conjure memories in most of us who had any glimmer of consciousness in the 1990s. Zack de la Rocha’s dreads and fiery, post-Beasties delivery; bassist Tim Commerford’s arm tattoos and odd behavior at the 2000 VMAs during Limp Bizkit’s speech; Brad Wilk’s pummeling drumming and male-model looks; and Tom Morello’s guitar solos, which sound more like DJ scratching than traditional axe-wailing.

For the influence they had, it’s amazing they only put out four albums—their self-titled 1992 debut, the 1996 follow-up, Evil Empire, which is still their crowning achievement, their break into popular consciousness with The Battle of Los Angeles in 1999, and the covers album Renegades in 2000, which put their influences on display, namely hip-hop, folk and punk.

They get a bad rap (no pun intended) for being one of the bands that popularized the combination of hip-hop and metal, but in retrospect they were a truly audacious band, wearing their politics on their sleeve from the start, featuring Thích Quảng Đức’s burning body on the cover of their first album. Even now, the album is impressive from start to finish, with exactly zero bad songs. Of these, “Killing in the Name” is perhaps the most iconic—put it on at a party and you’ll get everyone chanting along to its full-throated refrain, “And now you do what they told you!”

People have always criticized RATM for being too entertaining, for commercializing a kind of Chomskyian rhetoric that white bros could mosh to. But even in retrospect the lyrics of the song are hauntingly prescient: “Some of those that work forces are the same that burn crosses.” Singing “Those who died are justified, for wearing the badge, they’re the chosen whites,” Zack de la Rocha deploys the brilliant ellipsis of “Killing in the name of…” to show us just how easy it is to fill that blank.

The music is dated, but the message is not—RATM, more than any other band of comparable popularity, succeeded in making an otherwise marginalized strand of political thought into a radio staple, and in a way that, unlike much else in the ‘90s, was utterly devoid of irony. – Dylan Montanari 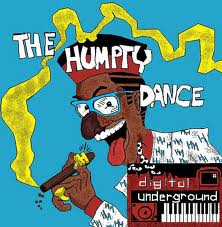 Rap’s a great place to get laid if you’re funny-looking. Biggie Smalls can tell you that. So can MF Doom and Yellowman. Shock G’s Groucho-nosed Humpty Hump takes it a step further: “‘Cause in a 69 my humpty nose will tickle ya rear.” “The Humpty Dance” is one of the most fun, outrageous rap songs ever to grace the charts, sort of a golden-age version of Afroman’s even more extreme “Crazy Rap,” and it introduces such an indelible character in Humpty Hump it’s easy to forget this is fundamentally an instructional record teaching us how to do a dance.

It’s a great trivia fact that Tupac started out as the hypeman for the Digital Underground, whose first, “Humpty Dance”-featuring album was a space opera about portable orgasm devices for astronauts. But it’s easy to see why Pac would keep company with Shock: he’s a great rapper, nimble even while lowering his voice to the comic durr of a villain’s sidekick. The character frees him to create an image of pure freakiness. What does a line like “I like my oatmeal lumpy” have to do with anything? Well, it rhymes. And it sounds pretty wacky too, lumpy oatmeal.

“The Humpty Dance” is a relic of the funk-enamored first half of rap history, sampling both Sly Stone and P-Funk while threading a motorcycle between the beats in a mischievous move typical of sample-drunk golden age rap. But it’s much too delightful to sound dated, and in fact rap of this era may sound better in the age of rappers like 21 Savage who get to the point rather than getting tangled up in labyrinthine lyrics. Either way, if anyone starts talking shit about the way rappers dress nowadays, show ‘em a picture of Shock G. That should shut ‘em right up. – Daniel Bromfield