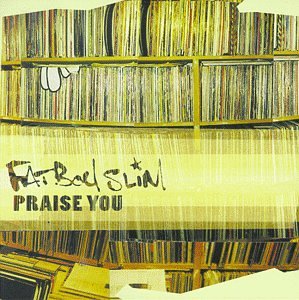 Fatboy Slim’s brand of vivacious trip-hop had already taken over the U.K. thanks to “The Rockafeller Skank” and “Gangster Tripping,” but “Praise You” was the song that established his sound with American audiences and cemented his penchant for crafting woozy, nourishing loops that satiate like a bowl of fatty ramen noodles.

“Praise You” is the apex of his sound, blending a piano line from a JBL Audio test album and a stretched out vocal sample from Camille Yarbrough’s “Take Yo’ Praise” into a song that is spiritual, uplifting, and incredibly infectious. It’s big beat dance floor gospel that listeners simply revel in the beauty of seeing disparate elements fit together beautifully.

It’s impossible to talk about “Praise You” without discussing its surreal, found footage music video directed by Spike Jonze and Roman Coppola. Jonze and the video’s fictitious Torrance Community Dance Group’s proto-Napoleon Dynamite routine add another layer of homemade charm that really brings out the warmth of the song’s vocals and main piano riff.

That homemade feeling is what makes “Praise You” work so well. It’s like a Randy Newman song staked atop skittering breakbeat drums. If its elements weren’t sampled and the song didn’t have its choppy breakdown, it would be fair to wonder whether the song should be classified as big beat or electronica at all.

Fatboy Slim never quite recaptured the magic that he bottled on You’ve Come a Long Way, Baby despite a long and productive post-“Praise You” career, in part because there’s a spontaneity and lack of stakes on that album that an artist loses by having four top 10 singles (on the U.K. charts). His work on albums like Halfway Between the Gutter and the Stars or Palookaville always felt more self-aware and constrained. “Praise You” is a masterpiece because it feels both knowingly campy and gleefully weightless, unburdened by any awareness of its silliness. – Grant Rindner 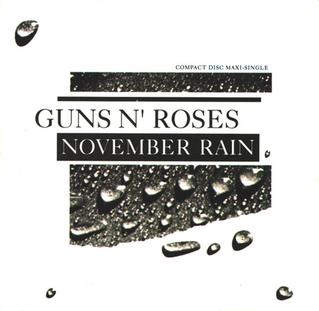 Perhaps the greatest power ballad of all time, this may be the one track that best represents Guns ‘n’ Roses. The perfect ammunition for both supporters and detractors of the band, it offers the best and worst of Axl Rose, sometimes simultaneously. So extravagant it borders on parody, it has everything: bombast, a velvet blanket of orchestration, a gentle caress of piano, two guitar solos, pseudo-philosophical musings on life, all stitched together into a nine-minute epic designed to supplant chestnuts from “Stairway to Heaven” and “Bohemian Rhapsody” to “Won’t Get Fooled Again.”

“November Rain” is the sound of one of the world’s biggest bands trying to best its ancestors and roll over its own threshold of greatness. But the song alone wasn’t proof enough for Rose. Its stature was cemented by a ludicrously extravagant music video that went all out with helicopter shots, a chapel that built in the desert just for this shoot, a statue of Christ bleeding out of one eye and Rose marrying Stephanie Seymour, who was then one of the biggest supermodels on Earth. (About the only thing that isn’t ridiculous is the idea of Slash as a best man who misplaces the rings.)

Reportedly costing $1.5 million (about $2.6 million in today’s economy), the video set a new standard for pissing away money to get on MTV, a standard GnR themselves leapt over the following year with “Estranged.” How else do you promote the runaway excess of a two-and-a-half-hour double album except to gleefully sprinting further towards insanity?

It all started with a composition that predates GnR. As Tracii Guns tells it, Rose had been working on “November Rain” since before Appetite. According to Guns, Rose stated that, “Someday this song is gonna be really cool.” Rose has uttered many stupid things over the years, but that wasn’t one of them. — Steve Lampiris