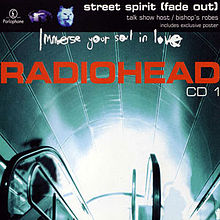 The signatures of a Radiohead song don’t seem to have anything to do with genre. Over the course of their career, they’ve had one of the most obvious yet unapologetic course-corrections, from guitar-oriented ‘90s alt-rock on the first album to producers of experimental electronica on their later work. The Bends marked the first departure from emotional alt-rock to something more sophisticated. Despite this, the lead single “High and Dry” seemed to remain rather safely in the rock-oriented wheelhouse of the previous album. But those who bought it were likely surprised to find “Fake Plastic Trees”—a preparation for the future, perhaps—at the center of the record. Meanwhile, “Street Spirit (Fade Out)” closes the album with the epitome of sweet sorrow.

An alienated, slow and cyclically descending guitar arpeggio quietly lights up the darkness. Thom Yorke uses his effortless vocal style to marble-mouth his way through lines like “This machine will, will not communicate/ These thoughts and the strain I am under/ Be a world child, form a circle/ Before we all go under.” He never strays far in verse from the center of the track, which only serves to give his later flights more impact. The lyrics fall under the age-old artistic policy of leaving the interpretation up to the listener, but it matters very little when the actual sadness expressed by the combination of his long-held vocal notes dictate only heavy, unbearable despair. Notes fall like autumn leaves while layers of Yorke’s voice explore simultaneous highs and lows. “And fade out again/ And fade out again” shimmers for days while a chorus of backing vocals now enters the melody, cascading ever downward in repeating steps.

The only thing that keeps the song from entering parody-worthy levels of sadness is Radiohead’s uncompromising sincerity. They don’t take shortcuts, write punchlines or take cheap runs at easy pop. This is poetry woven into beautiful songwriting. Whatever it means, it’s evidently important to Yorke that he exorcize these demons. It’s not easy to write music this great without having an uncanny ability to musically articulate an exhausted despair. Many have tried and usually come off melodramatic. Radiohead succeeds in a way that makes you want to call the band and ask them if everything is ok. – Darryl G. Wright 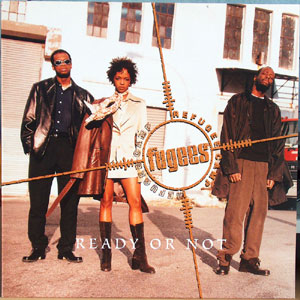 One of the primary reasons for the success of the Fugees was the broad musical knowledge of bandmates Lauryn Hill, Wyclef Jean and Pras Michel. In addition to being excellent musicians, they were all incredibly aware of past and current music, from reggae to soul to rap and pop. That knowledge is never more overt than in their 1996 hit “Ready or Not,” the second single from their incandescently successful sophomore album, The Score. In addition to the subtle themes demonstrated by the braided vocals from Hill, Jean and Michel, “Ready or Not” is also directly influenced by two very different songs. First is the Delfonics’ 1968 song “Ready or Not Here I Come (Can’t Hide from Love),” from which the Fugees’ single gets its title, and which inspired its chorus; second is 1986’s “Boadicea” by new-age legend Enya, which is heavily sampled.

Though its inspirations were varied, “Ready or Not” nonetheless paid that inspiration forward. The song was sampled by Lil’ Kim and was covered by the Fray in a song that topped charts in a number of countries. While it remained relatively under the radar in the US, the song found a second life in 2008 when then-presidential-candidate Barack Obama cited “Ready or Not” as his favorite song of all time.

Written at a difficult time for the Fugees as a band (one that wouldn’t get better; they disbanded the next year), “Ready or Not” is nonetheless a deceptively smooth listening experience. Rap verses by each band member are connected by Hill’s chorus. Though the mix of pop/new age, R&B and rap may suggest an assault on the ears, the complexity is interwoven. When Hill sings, “You can’t run away/ From these styles I got,” it feels as if she is singing about the song itself. – Mike McClelland 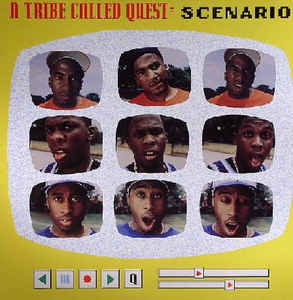 In 1992, The Low End Theory established A Tribe Called Quest as formidable contenders in the increasingly busy world of early ‘90s hip-hop. With Phife Dawg coming into his own as the “funky diabetic,” and with a focused emphasis on blending smooth jazz with explosive hip-hop breakbeats, Tribe’s second album is considered to be one of early hip-hop’s undisputed high points—a perfect melding of the past and the future. As Q-Tip put it: “I said, ‘Well, daddy don’t you know that things go in cycles / Way that Bobby Brown is just amping like Michael’.”

The album’s closing track, “Scenario,” contains a ridiculous wealth of hip-hop talent from that era, with Leaders of the New School trading verse after verse with Q-Tip and Phife. Riding in on a sample of sly organs and hypnotic bass courtesy of Brother Jack McDuff’s “Oblighetto,” the mic is quickly passed amongst the five rappers starting out with Phife Dawg’s incendiary salvo of “I’m all that and then some, short, dark and handsome/ Bust a nut inside your eye to show you where I come from.”

A young Busta Rhymes’s booming voice closes the song by boldly declaring, “Observe the vibe and check out the scenario / Yeah, my man, mothafucka!” Proving to be as equally entertaining as the song itself, “Scenario”’s music video is a delightful relic from the ‘90s, with the group popping in and out of early Macintosh computer graphics and green-screened backgrounds.

A Tribe Called Quest’s legacy is most certainly assured; their latest album, the perfectly timed We Got It from Here… Thank You 4 Your Service, and their exceptionally well-received tour in honor of Phife Dawg’s passing, has opened them up to hordes of younger fans enthralled by their smooth-as-butter beats (back in vogue, again) and even smoother delivery. – Edward Dunbar 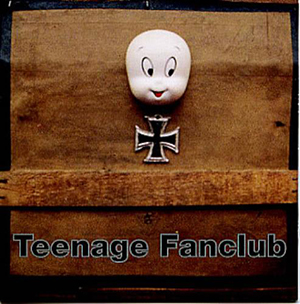 Alternative Nation was born in 1991, the year of Nirvana’s Nevermind, My Bloody Valentine’s Loveless, Pearl Jam’s Ten, Primal Scream’s Screamadelica and Teenage Fanclub’s Bandwagonesque. All these years later, the latter album doesn’t get nearly as much attention as those other boundary-pushing albums, but at the time of its release, it was rapturously received. The record famously beat out Nevermind for Spin’s Album of the Year, something even the band chalks that up to the fact that one of the Spin editors was Steven Daly of the band Orange Juice, a fellow Glaswegian band. To bring this up is a backhanded way of saying the album didn’t quite deserve the accolades it received, an asterisk on what is widely considered to be the band’s crowning achievement. While Bandwagonesque stubbornly exalts in looking backwards, specifically to the power pop era and the sweet, sweet sounds of Big Star, it does so with an excellence of songcraft that clearly resonated. Even Kurt Cobain was a fan.

The band was not always so poppy. Just three months before Bandwagonesque was released, Teenage Fanclub put out the rough and lo-fi-sounding album The King, a record made up mostly of noisy instrumentals and covers. It was widely derided and the band was accused of using it as a way to get out of their contract with Matador Records so they could release their next album on Geffen.

That next album was Bandwagonesque. Cheekily, it starts off with some gnarly guitar feedback before the first chiming chords of opener, “The Concept,” kick in, and it’s clear the band has embraced the pop songs they’d always had lurking beneath the muddy production of earlier albums. Singer Norman Blake marries his sardonic lyrics with a gorgeous and simple melody that makes the touching chorus of, “I didn’t want to hurt you/ Oh yeah,” all the more powerful. The song directly references Big Star in its quick, distorted, post-chorus rock ’n’ roll riff. Then, at the halfway point, the song starts its extended “Layla”-esque coda, a slow motion outro that runs an increasingly majestic three minutes. It’s no small feat that “The Concept” and Bandwagonesque still resonate when compared to the rest of the class of 1991, a testament to the power of songwriting and craft. – Eric Mellor 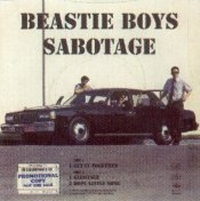 Rap group? Punk rockers? International superstars? Beastie Boys didn’t care. They had the beautiful duality of just wanting to have brainless fun and holding enough undeniable talent to make it sound so effortless. And their crowning moment of slacker punk vibes, nimble rapping and growling instrumentation came with the sublime “Sabotage.”

Before Rage Against the Machine turned rap-rock into a weapon of political mass destruction, the Beasties were more concerned with blowing your ears off. Ad-Rock manned a squealing guitar and forced his grating scream out of his mouth like something from The Exorcist. With turntable scratches and Ad claiming he’s “Buddy Rich when I fly off the handle,” it was the Boys’ best realization of their original sound from the “Cooky Puss” days. When they performed “Sabotage” on Letterman in 1994, you can see them barely holding back the giggles. They can’t seem to fathom that something this absurd, this fun to play made them into stars. And despite the surface-level hard lyrics, that playful energy wonderfully flows throughout the track.

And we can’t really talk about “Sabotage” without mentioning the video. Spike Jonze’s contribution to the art of music videos can’t be overstated, but this is still one of his best. That’s thanks to his ability to get into the goofy, yet brilliantly executed vibe the Beasties threw down. It’s created its own meme series of recontextualizing everything from Star Wars to Sesame Street clips into pseudo-gritty cop series with “Sabotage” roaring in the background. It’s profoundly silly, but shot with such fidelity and obvious love that every cheesy camera zoom accurately recreates (and perhaps even betters) the images from “Starsky and Hutch.” And of course seeing the Beasties tackling crooks, eating donuts and jumping into pools is sheer, giddy fun. Kind of like the song itself.

With all that in mind, if “Sabotage” isn’t your favorite Beastie Boys song, I have one question: “Whyyyyyyyy?” – Nathan Stevens