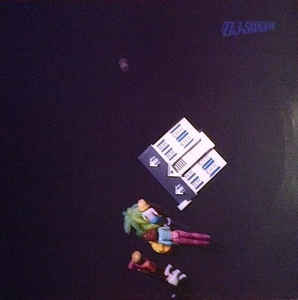 The idea of instrumental hip hop had been established for well over a decade by the time Endtroducing….. came out, but DJ Shadow helped fuel its imagination. This was an era when samples seemed like a scary door into the future and dudes like the Dust Brothers and Prince Paul were mentioned in similar awed breaths to how we talk about Brian Wilson today. Rapping over Creedence seemed revolutionary—to say nothing of mashing together David Axelrod, Finnish funk, East Coast hip hop and vocalese abstractionist Meredith Monk into something that made an awful lot of sense.

To today’s ears, “Midnight in a Perfect World” might not sound terribly far removed from most ubiquitous “chill beats” we hear on YouTube study radio—except through the sheer power of its atmosphere: plaintive, nocturnal, expansive, sad. No record before or since quite sounds like it, which is remarkable given how freely it plundered the past: you’d be forgiven for hearing “Midnight” today and thinking it didn’t contain a single sample. It’s a classic merger of the context of its virtuosity and its pure power as music. Did you know they miked John Bonham at the bottom of a stairwell for “When the Levee Breaks?” Did you know “Midnight in a Perfect World” was made entirely with samples on a scrappy little MPC?

Endtroducing….. can be roughly slotted into a lineage of great works for which the gateway to the future was through the past: 3 Feet High and Rising, Paul’s Boutique, Odelay, Fantasma. Of these albums, DJ Shadow’s has aged the best. Save for the occasional breakbeat and some of the cornier bits of sampled rap, Endtroducing….. is as haunting as ever. It maintains that vibe throughout, and “Midnight in a Perfect World” epitomizes it—and in what other era but the late ‘90s could it have charted? – Daniel Bromfield 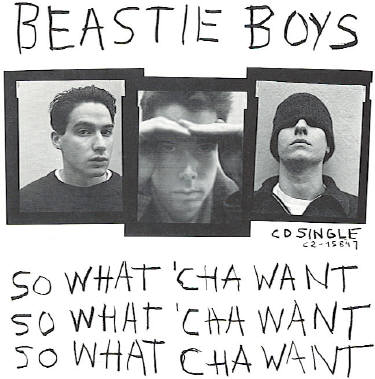 By the time the Beastie Boys reached the ‘90s, they were practically washed up. After a bad breakup with their first label, Def Jam, they jumped to Capitol Records and moved to Los Angeles to record their sophomore album, Paul’s Boutique. Despite being a major step forward for sample-based music, critics were confused and generally panned the album, while the public was not thrilled with the idea of a (slightly) more mature Beastie Boys. The album flopped and the Beasties were left wondering what to do next.

Even if the band wanted to make another album like Paul’s Boutique, it would have been cost prohibitive. Thanks to lawsuits against De La Soul and Biz Markie, sampling had become a legally fraught and expensive endeavor. So the Beasties decided to go back to their roots. During their time recording Paul’s Boutique with the Dust Brothers, the group spent a lot of time listening to old records by bands like the Meters and Sly Stone. According to Mike D, “We just sat down and said, ‘OK let’s play something funky.’” Ad-Rock picked up his guitar, MCA his bass and Mike D got behind the kit and they jammed. The result was Check Your Head, a raw, eclectic album that had a much more in-the-garage feel versus the kaleidoscopic whirlwind of Paul’s Boutique.

It wasn’t until the second single, “So What’cha Want,” and its accompanying trippy, slo-mo, lo-fi video, that the album took off. “So What’cha Want” opens with the iconic Hammond organ riff played by Money Mark Nishita, setting the stage for the goofy, stony vibe that follows. The verses are built around a sample of “I’ve Been Watching You” by Southside Movement. The Beasties recorded themselves playing the driving two-beat riff over the sample, eventually completely replacing the sample with their own playing. The group’s loose, distorted approach combined with their fuzzy vocals makes the song feel like it’s being played in a haze of smoke. The song and the album would reestablish the Beastie Boys as artistic pioneers and would put the band at the vanguard of the eclectic, anything-goes vibe that was central to the music of the ‘90s. – Eric Mellor 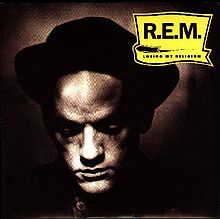 When “Losing My Religion” was issued in February 1991, the number one single in America was C+C Music Factory’s “Gonna Make You Sweat (Everybody Dance Now).” Four months later, “Losing My Religion” peaked at number four. That week, Paula Abdul held the top spot with “Rush Rush.” Common sense would’ve suggested that “Losing My Religion” had no chance of visibility outside of the band’s makeshift home, college radio. Indeed, a mandolin-driven song with an easily misinterpreted title and lyrics doesn’t exactly scream Top 10 hit. Despite the success of the band’s previous record, Green, Warner Bros. initially balked at the idea of releasing the song as a single from Out of Time—especially as the lead single.

But the band’s strong songwriting and vocalist Michael Stipe’s desire to write a better pop song of obsession than the Police’s “Every Breath You Take” resulted in a left-field hit for R.E.M. Stipe’s yearning (“The lengths that I will go to/ The distance in your eyes” and cold-sweat anxiousness (“But that was just a dream/ That was just a dream”) is matched by Peter Buck’s mandolin ringing like a siren throughout.

Or perhaps it was a beacon. Combined with an art-house music video that got heavy rotation on MTV and won six moonmen at the 1991 VMAs (including Video of the Year), the song helped create an uneasy relationship between alt-rock and commercial interests that would span most of the decade. R.E.M. would never have another song as big or iconic as “Losing My Religion,” something bassist Mike Mills referred to as the closest the band came to a life-changing event. He’s not wrong. – Steve Lampiris 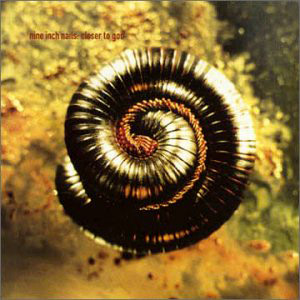 Much is made of the anguish and despair of Nine Inch Nails’ music, but apart from a few harrowing moments, mostly on The Downward Spiral, they have more often resembled a dance band. Despite all his rage, Trent Reznor is first and foremost a huge music geek, so even when he makes depressing music, in the back of his head he’s likely thinking about how to get a really sweet bass tone.

“Closer,” perhaps the band’s most defining song, is a case in point. The lyrics feature intense language straight out of S&M (“You let me violate you/ You let me desecrate you, etc.), typical Reznorian self-hatred (I broke apart my insides/ I’ve got no soul to sell) and, of course, that chorus—“I wanna f#ck you like an animal/ I wanna feel you from the inside/ I wanna f#ck you like an animal/ My whole existence is flawed/ You get me closer to God.” Grim stuff. But for all its despair, the song still kicks.
Beginning with that memorable bass drum sound (sampled from Iggy Pop’s “Nightclubbing”), electronic gurgles and Reznor’s snarling whisper, the song takes off into funky basslines and catchy synthlines that would not be out of place on a Depeche Mode record. The most interesting aspects, however, don’t betray his love of New Wave so much as his classical upbringing and familiarity with 20th-century minimalism, namely the simple motifs that insinuate their way through the thicket of squelch.

Reznor has always been a master of layering, since he typically plays most of the parts himself. The most memorable part of the song, then, is when the music drops out, leaving us with a musical figure one could imagine being played on a toy piano, like something out of Satie. Moments like these reveal, among other things, a commitment to fragility and beauty that sets Reznor’s music apart from his compatriots in gloom. Mr. Self Destruct sure puts on a good party. – Dylan Montanari 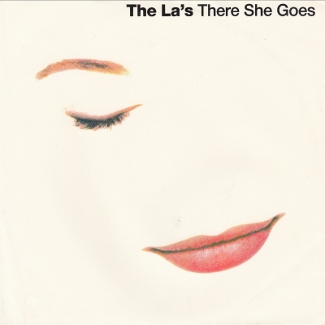 Originally released in the United Kingdom in 1988, the La’s hypnotic, deceptively simple hit “There She Goes” wasn’t released in the United States until 1990. This version, remixed by the great record producer Steve Lillywhite, is the version you are still likely to hear on radio today. “There She Goes” is widely considered to be one of the greatest indie songs of all time, but its success is also bittersweet as it represented the peak of a band that seemed destined for much more.

Though a few of the band members have denied it, the song’s lyrics about a lovely young lady also serve as a metaphor for heroin use. The “Racing through my brain” and “Pulsing through my vein” lyrics were particularly striking in that regard, a theme they shared with other popular indie anthems.

But “There She Goes” found more mainstream success than many of its peers, and part of that success was because of what an earworm it is. There are no verses; rather, variations of the chorus are simply repeated. This catchy nature made it a favorite in the U.K. when Margaret Thatcher left office in November of 1990, with delighted citizens chanting it in the streets and requesting it on the radio. The song’s infectiousness also made it a favorite for movie and television soundtracks such as Girl, Interrupted and the pilot episode of “Gilmore Girls,” as well as the inspiration for a number of covers, re-releases and remixes.

“There She Goes” was both a pinnacle and a swan song for the La’s. They performed their promotional duties through 1991 and have only occasionally regrouped in various combinations since. Lead singer Lee Mavers, his tenor and smooth falsetto suggesting an endless potential for pop success, was so disenchanted with the music business after the release of “There She Goes” that he would rarely perform afterwards. However, rather than lament what could have been, let’s celebrate what is. The La’s created one of the best songs of the ‘90s, a perfect combination of light, wistful pop and dark allegory. – Mike McClelland