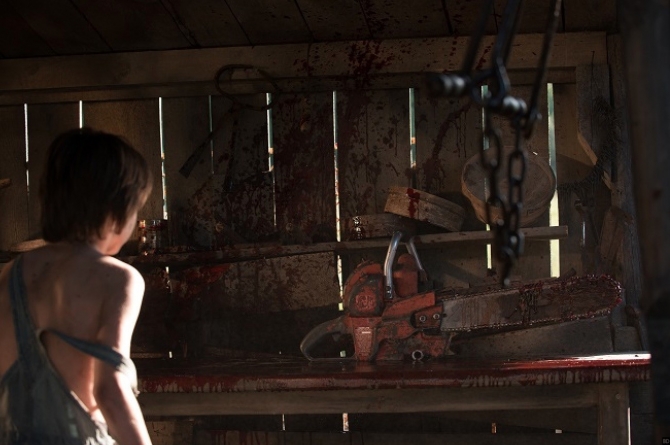 Leatherface isolates its eponymous character from his sadistic clan to a degree that makes little sense when a warped sense of family togetherness drives so much of its source material.

Tobe Hooper’s The Texas Chain Saw Massacre (1974) endures as one of the all-time greatest horror films in part because of its antagonists’ inexplicable origins. That a family of sadistic cannibals and grisly interior decorators could dwell undetected amid the sweltering Texas scrub, picking off wayward travelers that wander onto their patch of land, speaks to the grim reality that unimaginable terror can arise anywhere at any time. For horror to be effective, we can’t be given easy explanations for why monsters act the way they do.

Now arriving as the eighth film in a fragmented, unnecessary decades-long franchise, Leatherface attempts to restore a sense of twisted humanity to a character whose various cinematic incarnations have devolved into the nadir of horror filmmaking. In addition to commenting on the Vietnam War, capitalism and meat-consumption, Hooper’s film cast Leatherface as a subservient monster, a fussy, non-verbal figure with profound cognitive impairment. He used masks of human skin to hide behind or to express himself more than to terrorize, and he fretted over his macabre chores in the bone-strewn farmhouse, killing as an act of familial duty. As a prequel to the original film, Leatherface wisely restores the Sawyer-clan continuity, discarding the misguided two-film arc from the ‘00s where they’re pointlessly reimagined as the Hewitts.

In the 1950s, we briefly meet young Jed Sawyer (Boris Kabakchiev), the future masked killer, as he holds a chainsaw and attempts to work up the nerve to eviscerate a bound-and-gagged trespasser whom the family perceived as a threat to their pigs. Despite goading from his suspiciously motherly Aunt Verna (Lili Taylor), Jed fails to dispatch the intruder, but his role in future trickery leads to more bodies found on the Sawyer property, and this prompts the authorities to remove him from the home and lock him in an asylum for the next decade. Oddly, the young inmates are given new names upon their incarceration, and when Verna’s continually thwarted efforts to visit Jed lead to a bloody insurrection and escape, we’re given three fugitive youths who could conceivably grow up to be Leatherface.

Joined by two young women, one a deranged inmate with a necrophiliac streak (Jessica Madsen) and the other a nurse taken hostage (Vanessa Grasse), the group makes their way across the countryside, trying to elude the fearsome Sheriff Hartman (Stephen Dorff), who pursues the outlaws with a similar maniacal bloodlust to Dennis Hopper’s lawman character Lefty from the cartoonish 1986 sequel. After some red herrings, Jed’s true identity is revealed, and when he’s restored to his family, his insanity manifests in Leatherface’s mess of a third act. But in obscuring his identity for much of the film, we get precious little insight into the 10 years Jed spent under the thumb of a merciless, electroshock-happy warden (Christopher Adamson) or why his shift from a humane, if troubled, youth to a psychotic human-skin-wearer is so abrupt and absolute.

For an origin story, Leatherface isolates its eponymous character from his sadistic clan to a degree that makes little sense when a warped sense of family togetherness drives so much of its source material. As a standalone exercise, the film could offer a somewhat compelling tale of violent psychiatric patients on the lam, but it has little relation to Texas Chain Saw Massacre canon, and occasionally contradicts aspects of its epochal forebear. Most egregiously, it attempts to chart a rational evolution of an incomprehensible monster. But as the late Hooper—who executive produced here in his final film credit—realized in 1974, the greatest horrors are the ones we can’t explain.