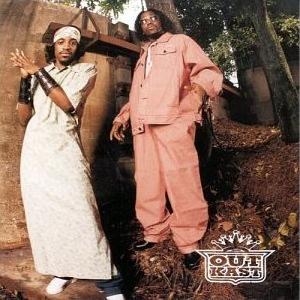 October 3, 2000 was the day that Outkast released “Ms. Jackson” to the world, one month before the album Stankonia would be released. This was a time of innocence, a time when we as a people had faced down the biggest threat to modern society in Y2K, a threat that turned out to be no big deal. We were primed and ready to sail into the aughts with a full head of steam and the wind at our backs. The first single Outkast released from Stankonia failed to recognize this. Despite the innovation and energy of “B.O.B (Bombs Over Baghdad),” the single was met with a chilly reception by radio stations, and the track went nowhere. This was likely incredibly disappointing for all involved, since Big Boi and Andre 3000 had some serious momentum behind them after the one-two punch of ATLiens and Aquemini.

“Ms. Jackson,” on the other hand, contained an indelible pop hook that everyone could love. It combined weird, jittery drum sounds, an elegant piano line that mimicked Wagner’s “Bridal Chorus,” and Outkast’s speedy, idiosyncratic rapping to make something both exciting and
relatable. As a pop song, it’s in the same mold as Madonna’s “Papa Don’t Preach”; it’s incredibly adult in the way it explores how our best intentions are often not enough to overcome human nature and the ravages of time. While you’re busy humming the hook, Big Boi and Andre 3000 take diverging looks at their respective baby mamas. Big Boi’s verses are full of spite towards a partner who insists on excessive complications, while Andre sounds more wistful; he muses thoughtfully on how something that felt so good and so sure could run its course and leave all parties feeling hurt. Pop music was put on this earth to extol the wonders of being young and in love as well as the exquisite pain that results when that love disappears. With “Ms. Jackson,” Outkast updates those tropes for the new millennium and create a timeless classic in the process. – Eric Mellor 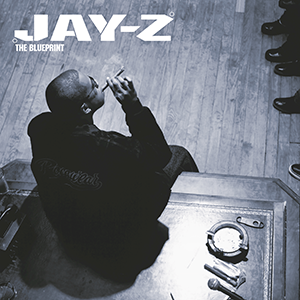 You can’t blame Nas for trying. After Biggie died, it probably hurt to watch other rappers claim to be the king of New York – including Jay-Z. The problem with taking a shot at Jay-Z, though, is that it’s fucking Jay-Z.

You best not take aim at God. Even if you hit your target, you will not injure him. You will only grab his attention. And when Jay turns to you, well that’s when stuff like “Takeover” happens. The song is less an attack than a complete dismantling of one’s foes in a calm, professorial manner. Jay goes after Nas’s backstory, his flow, his lyricism and his discography, all in five minutes. He even sets aside some time to reference Mobb Deep’s Prodigy wearing an embarrassing outfit as a child.

As one of Jay’s most quotable songs, “Takeover” is end-to-end brilliant. Even the silly bragging (“Roc-A-Fella is the army, better yet the navy”), the absurd overkill (“We kill you motherfucking ants with a sledgehammer”) and the abstract threats (“Trust me on this one, I’ll detach you/ Mind from spirit, body from soul”) sound intimidating here. He even mathematically proves his superiority to Nas: “Four albums in 10 years, nigga? I could divide/ That’s one every…let’s say two – two of them shits was due/ One was nah, the other was Illmatic/ That’s a one-hot-album-every-10-year average.”

The equally threatening beat, courtesy of then-newcomer Kanye West, turns a bouncy Doors sample and the boom-bap danger of “Sound of Da Police” into pure stomping menace. Juxtaposed to Jay-Z’s measured delivery, the production is his herald announcing that God has something to say, so start taking notes.

It’s probably unsurprising that Jay-Z is the author of the best diss track in rap history. “Ether,” Nas’s response, is generally considered better (and even became a verb within hip-hop), but “Takeover” is clearly the better offering. It’s a song where Jay calls himself a deity, flips David Bowie into a slap in the face and paraphrases Mark Twain without breaking a sweat. After all that, what more could he say? – Steve Lampiris 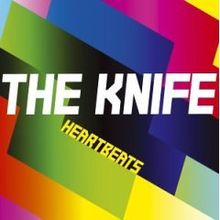 Sure, If you had a crush anytime in the early-to-mid-2000s, chances are you listened to this song once or twice or a hundred times. Sure, Julio Gonzalez’s cover made you swoon, but you can’t top the original—especially because there are TWO originals…sort of.

There’s the “slow” version, with its arpeggiated synth, each note spelled out beyond a shadow of a doubt, and there is the “fast” version, not so much faster as more aggressive, boasting a harder beat and more distorted chords (also synth, natch). It’s nice, when in or out of love, or heartbroken, to have a choice depending on your mood.

With its nasal, post-Bjork vocals, this song hit the airwaves with a vengeance back then, dominating every college party anyone attended in those years, at least in colleges with a “hipster” culture rearing to embrace an unusual, masked Scandinavian electronic outfit into their lives.

But the quality of the song is not merely due to historical circumstance—it has a perfectly millennial romance to it, the emotional thrust of which is heightened by its non-idiomatic English (“We had a promise made”). And what a sublime chorus—“To call for hands of above, to lean on/ Wouldn’t be good enough for me.” This is electronic music for people who want to feel all the feels, as the kids nowadays say.

And it set the stage for much to come by being both futuristic and retro-nostalgic at once. Given how much Swedish influence had covertly worked itself into some of the worst bubblegum of our lifetimes through the evil genius of Max Martin, it is fitting that a Swedish duo like The Knife would inject some genuine talent into the semi-mainstream—talent you could dance to.

Of course, then mainstream acts within Martin’s sphere of influence started to sound more…well, more like bands like The Knife, so you do the math. But the song remains as beautiful as ever, a cry in the night, reaching out to lonely hearts on crowded ballrooms worldwide. – Dylan Montanari 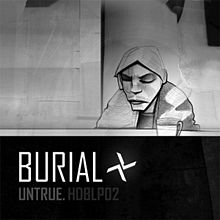 Burial is a student of house and UK garage who has spent most of his career turning those genres on their heads. Not much of his work would fit in at a club, but to categorize it as miserablist techno would be both reductive and wrong. After all, a surprising number of house tunes deal with themes like isolation and the loneliness that can overcome us even when we’re in a crowd of people. What Burial does, especially on “Archangel,” is strip away the facade of happiness, that hedonistic drive to push the pain away with artificial bliss. Disquieting despair is what Burial did best in his earliest work, and even in the context of his self-titled album and Untrue, “Archangel” is a pure marvel. Reportedly inspired by the passing of the artist’s dog, its expression of aching loneliness is nothing short of harrowing.

Sampling as an art is based on context. Anyone can speed up or slow down a loop of a vocal; what makes it interesting is how the context of the sample changes or challenges our interpretation of it. On “Archangel,” Burial chops up and slows down a recording of Christina Aguilera singing “Beautiful” and ends up turning mainstream pop pablum into something eerie and haunting. The repeated refrains of “Couldn’t be alone/ Couldn’t be alone” and “Tell me I belong/ Tell me I belong” conjure up a sense of isolation and a desire to break free from a seemingly incessant period of despair. The music reflects this, the fading string samples and synths creating a blurry sensation that seems at odds with the hard-hitting, rhythmic world of electronic music. The bleary, hazy world of “Archangel” strips back the party atmosphere we too often associate with house and garage to reveal the aching loneliness that lies just beneath the surface. – Kevin Korber 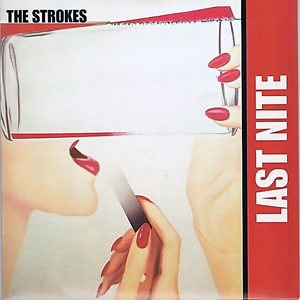 Has there been any other band in recent memory that has garnered more mixed reactions than The Strokes? Ever since they first graced the cover of the “NME,” with only The Modern Age EP to their name, they’ve been deemed both heroes and posers. At that time, rock was looking for saviors, and The Strokes came around at the right time with youthful vim and vigor, boozy afterhour stories and, oh yeah, stonking tunes so catchy that they still put any modern gun-for-hire songwriter to shame. Their music was elegantly scuzzy and spat in the face of the early aughts’s dire triad of beardo nu-metal, teeny bopper boy bands and the flaccid aftermath of Britpop. It was time for heroes, and The Strokes gave music a proper kick in the arse with that EP — all in under 12 minutes.

Nestled at a halfway point in The Modern Age, and subsequently half way into Is This It as well, “Last Nite” was both the sound of New York’s Velvet Underground past and the world’s Indie disco future. “On top of this, I ain’t ever gonna understand shit,” scowled singer Julian Casablancas, succinctly capturing youthful ennui and indifference, as the fellas boogied around in empty streets, half drunken 40s in hand and the world at their feet. Albert Hammond, Jr. and Nick Valensi’s twin guitar attack dirty things up with just the right amount of scuzz, held down by Fabrizio Moretti’s steady beat and Nikolai Fraiture’s bouncing bass groove.

Of course, that sort of hyperbolic praise is the reason they faced such harsh criticism to begin with. Nowadays, the boys don’t kick it like they used to; their touring schedule diminished to just a pitiful amount of festival dates, if that. However, whether it be in Argentina, London or their home in New York City, they’re guaranteed to pull a heaving crowd. Their imitators are countless; the rumors that the band’s love for Converse caused a spike in sales is unfounded but hardly surprising, and it’s gotten to the point where journalists can’t decide if they’re rock’s saviors or its death knell. In the end, they’re probably neither, but they did write a handful of albums that are still beloved a decade or so after the fact. Not bad for a couple of kids from New York. – Edward Dunbar