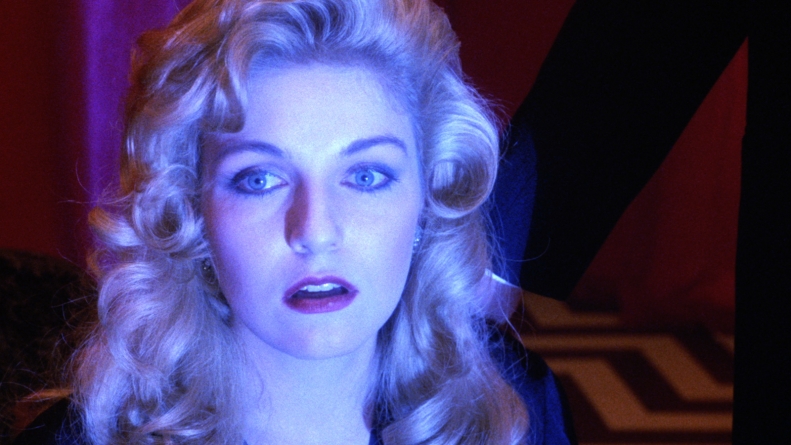 Some films are inexplicably overlooked in their time. Others offer numerous reasons why crowds should not have embraced them with open arms. Twin Peaks: Fire Walk with Me is an example of the latter. It’s no wonder people hated it, a prequel for a concluded TV series that took David Lynch’s dual impulses of quirky humor and seedy realms under idyllic small town America to their extremities. Underneath its convoluted dream-structure, however, is simultaneously Lynch’s most cynical and most human work.

Perhaps the least bizarre part of Twin Peaks: Fire Walk with Me may be its opening credits, which roll over a tight shot on television static before the camera finally pulls back in time for an ax to crash into the set and destroy it. The jolt breaks the trance of the softly crackling static and the smooth jazz of Angelo Badalamenti’s score, offering the audience a preview of the film to come. Of all Lynch’s dreamlike work, no other film so brilliantly captures the listless, fluid lull of waking sleep. That only makes its moments of shock all the more jarring and disturbing.

The film’s first act tests the patience of even the most committed fan, with Lynch’s oddball comedy presented at its most deadpan and arid. FBI agents pat down sobbing, bewildered children on a school bus before getting reassigned to Twin Peaks. Two agents (Chris Isaak and Kiefer Sutherland) meet with the deaf, belligerently jovial director (Lynch himself) and a strange, dancing woman whose dress and movements are soon revealed to be an absurdly elaborate semaphore to describe the situation and the town where the two agents head. When they arrive, the agents find themselves treated with open rudeness that grinds the film to a halt, the hostility so barbed it only barely passes for funny. And whatever humor the film can be said to have evaporates when the focus shifts entirely onto Laura Palmer (Sheryl Lee) in the last days of her life, her psyche by now beyond repair. 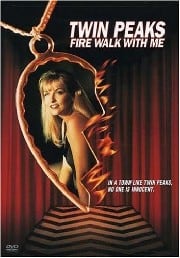 The grotesque elements in Lynch’s films were always exaggerated metaphors for the various impulses and temptations gnawing at the periphery of the American Dream. Previously, his garish perversions of sex, drugs and violence, horrific as they are, were separated out from the Rockwellian surface textures of Lynch’s canvas. Even when the two realms bleed together, they feel distinct by virtue of the outsized surrealism of one side and the deadpan realism of the other. What makes Fire Walk with Me Lynch’s most devastating film is the way that, once you get past that initial hurdle of weirdoes and disappearing David Bowies, you’re left with Lynch’s most straightforward descent into hell.

Aside from a few Twin Peaks staples (BOB, the Black Lodge, etc.), Laura’s spiral of rape and drug abuse is captured without anything so frightening as a Bobby Peru from Wild at Heart or that hallucinated homeless monster of Mulholland Dr. And yet, Lynch never made a scarier, more twisted work, nor has his direction ever been so nuanced in generating unrelenting discomfort. He imbues perfectly ordinary objects with malicious intent, especially a ceiling fan that receives so many lingering, tense close-ups it practically becomes a character worthy of billing in the credits.

Typically avoiding extremely canted angles, Lynch nevertheless films each subject just off-center enough to disrupt any normalcy, bending reality against itself without having to resort to his usual visions of madness. Through clever lens usage, the Palmer family living room warps beyond its small boundaries until it seems to stretch into the vanishing point behind the possessed patriarch. And even when the film moves into more outwardly freakish realms, such as an extended sequence in some horrible, sense-overloading underground bar, there’s a repulsively plausible feel foreign to most of the director’s work.

Yet as frightening as Lynch’s off-reality direction is, Fire Walk with Me works primarily on the strength of its actors. Where Lee merely played the role of the idealized victim on the show, here we see her trapped in a cycle of abuse that contorts a kind, charming girl into a deviant turning to extremities to numb the pain of her existence. Lee plays Laura like a femme fatale without a mark, a listless seductress looking for someone to consume not out of greed or ego mania but simply out of a need to transfer her agony onto something else, lest it kill her.

Even better is Ray Wise, already so magnetic and tragic on the show and even more so in this condensed time frame. He plays Leland as a man torn apart by inchoate rage, uncontrollable grief and fitful cognizance of his actions that rips open the scabs on his shame and self-loathing. Wise’s acting clarifies the spectral evil of BOB as merely a metaphor for one’s inner demons, which can be passed along through a succession of tortured, angry souls. Emphasizing this is a scene where the Palmers sit down to dinner and Leland darkly inspects Laura’s fingernails, his outrage clearly reflecting back onto him in a Lady Macbethian frenzy over the stained filth on his own hands. Shortly thereafter, Leland comes to his daughter in tearful apology, which may be even scarier, the mad sorrow of a man incapable of controlling his base, gnarled impulses, only to beg forgiveness for them.

Fire Walk with Me is a film of apparitions, where seemingly everyone is a ghost and yet everything is all too real. Even more so than the series, which portrayed the good of small-town America along with its grim dirty laundry, the film avoids basing its relentless despair in cynicism, a genuine human concern for the victims of its horrors. Even in the final moments, in which Laura appears to be cruelly taunted by belated hope, her vision of the man coming to posthumously save her becomes one of inner peace. Her macabre view of her guardian angel is one of the most disturbing shots in Lynch’s canon, yet I can also think of none more beautiful and affirming.