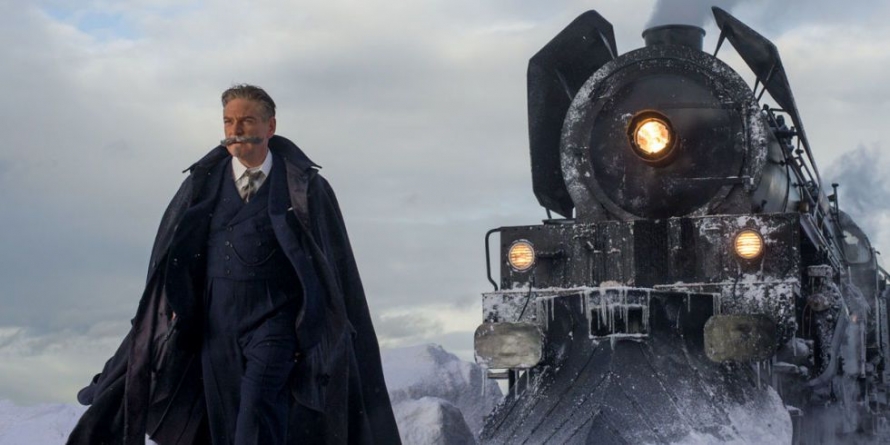 Kenneth Branagh’s new adaptation of Agatha Christie’s Murder on the Orient Express is an enjoyable film brought low by its own imperfections.

At once an ornately photographed throwback and a blatant gambit for franchise building, Kenneth Branagh’s new adaptation of Agatha Christie’s Murder on the Orient Express is an enjoyable film brought low by its own imperfections. In the lead role as the legendary detective Hercule Poirot, Branagh delivers one of his most entertaining turns in years. His performance functions as the charismatic centerpiece of an intricate tapestry of big name actors and lushly arranged accoutrement of a ritzier cinematic era. But the film’s script isn’t up to the task of executing a satisfying whodunit for modern audiences.

The setup is pretty simple: after wrapping up another case, Poirot has to take a last minute train ride on the Orient Express, courtesy of his close friend Bouc (Tom Bateman) who works for the rail line. He ends up on a car with a who’s who of supporting players, among them Michelle Pfeiffer as a talkative heiress, Hamilton’s Leslie Odom Jr. as a doctor and Daisy Ridley as a governess. Along the way, he’s offered a job by Edward Ratchett (Johnny Depp), an unsavory and paranoid antiques dealer with a host of enemies. After Poirot refuses the generous offer to help protect Ratchett from whomever wants him dead, Ratchett winds up murdered, leaving Poirot, the world’s greatest detective, to solve the case.

The narrative may be familiar to audience members who’ve previously seen Sidney Lumet’s superior 1974 adaptation of the Christie novel, which featured a murderer’s row of great actors of the time, all led by Albert Finney’s effective but somewhat irritating take on the Belgian sleuth. Where Lumet luxuriated in the locked-room aspect of this murder mystery, making the best use of the confined space to maximize drama, Branagh has staged a roomier take on the source material. Before we ever make it to the eponymous train, we spend a good deal of time with Poirot on his previous case in Jerusalem. With many scenes filmed on 65mm, the sweeping vistas and international intrigue give this film a more epic approach than most mysteries like it, which is a great change of pace. But after the murder-solving begins in earnest, the movie continues this odd trend, setting up whole scenes outside of the train while the cast is trapped by a snow embankment.

Though the intention is to open up the theatrical nature of the proceedings, it never once feels natural. Every scene that finds its way outside of the train car reeks of desperation, of the studio’s fear that the audience will grow bored in a solitary state. This leads to a few unnecessary set pieces designed to quicken the pace and inject an artificial sense of thrill, each landing more incredulously than the last. The joy of a whodunit comes from the interplay between the interrogator and the suspects, in the artful arrangement of clues and red herrings for the audience to suss out alongside the protagonist. Elements of the genre are certainly on display here, but Blade Runner 2049 scribe Michael Green’s script lacks the granular characterization and subtle storytelling requisite to match the majesty of Christie’s writing.

The film should be applauded for staying under the two-hour mark, but the extra space in the runtime dedicated pointlessly to giving insight into Poirot’s character is a waste given how little room to breathe the dozen or so suspects receive. Branagh’s Poirot is immediately iconic and Branagh is a powerful enough actor to do much of the introductory legwork himself in other scenes without the film frontloading it like a television pilot. The rest of the cast is so broadly drawn and the twists so blatantly telegraphed that most audience members will surmise the solution to the case far before Poirot does, which really doesn’t work with how well he’s otherwise built up as a master of deduction.

In Lumet’s version, Poirot seems almost bumbling up until the final act, when he’s revealed to have figured this case out pretty early. In that adaptation, the dramatic power of the conclusion comes from the belly-fire with which he dispenses the murderer’s charade. Here, Branagh has crafted a crime fiction exercise with more immediate confectionary joy than its predecessor, but the decision to try to make Poirot this sympathetic, almost wounded hero-type means we’re subjected to the detective imploring a photo of his long-lost lover for answers way after the viewer has figured them out. It’s an incongruous bit of writing that confounds more than it delights.

The decision to make the cast more purposely diverse, by racebending Penélope Cruz’s role and having Odom Jr. play a variation of a part Sean Connery assayed in the original, is laudable but strange. It seems like little more than an excuse to appear diverse, peppering the script with lazy allusions to racism that feel awkward and shoehorned. If any of the film’s casting is to be applauded, it’s in the casting of Bateman as Poirot’s friend Bouc, here a sleazy, young cad rather than a dodgy, old professional. That goes double for putting Depp in two scenes before being stabbed to death, the absolutely appropriate amount of Johnny Depp in 2017.

The film’s conclusion heavily implies Fox intends to make a series out of Branagh’s Poirot, and despite him being a half-measure between Tony Shaloub’s Adrian Monk and Benedict Cumberbatch’s Sherlock Holmes, the Shakespeare aficionado has created for himself a truly lovable pop-art icon from which a franchise should spring forth. But if future installments are to learn from Murder on the Orient Express’s foibles, they should hire a writer like Peter Morgan or Steven Knight to pen the script, and the whodunit’s spiraling cast of A-listers should be given the same shrift as their director/star.