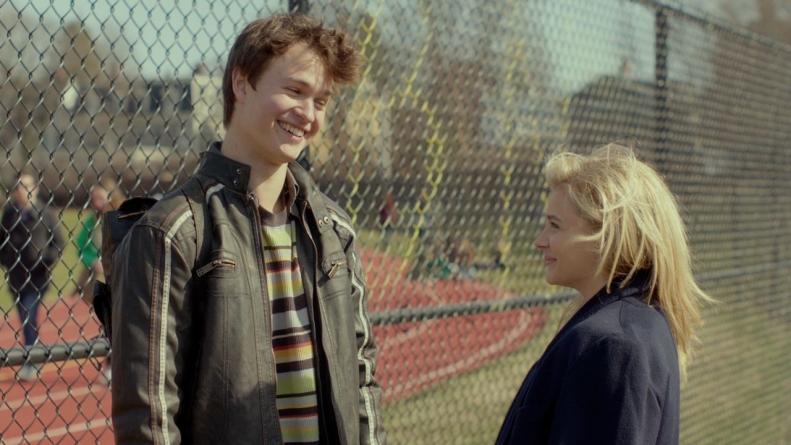 The most questionable 85 minutes a viewer could waste in 2017.

If watching Baby Driver highlighted Ansel Elgort’s potential as a leading man, November Criminals seems to exist only to undercut whatever promise Edgar Wright’s getaway driver thriller displayed. This teenage melodrama with delusions of noir is not only the worst film director Sacha Gervasi has ever made, but is doubtless the most questionable 85 minutes a viewer could waste in 2017.

Elgort stars as Addison, an oddball hipster whose close friend Kevin, a well-read black barista, is gunned down at his cafe moments after Addison last saw him. Everyone in town is all too willing to sweep the slaying under the rug, assuming it’s gang related, so Addison has to use his wits to solve the murder himself. That’s not so bad, right? The film’s trailer suggested, at the very least, a sleepy, CW Network level crime thriller set in high school, like Brick but less stylized. Promotional materials imply some windswept New England town stymied by troubling racial politics and a compelling lead trying to do right by his best friend to get to the bottom of a homicide. It seems like a premise that’s got legs.

Unfortunately, it’s not. Based on Sam Runson’s young adult novel, November Criminals is set in Washington, D.C., a fertile ground in which to explore the plague of gentrification and the institutional disparity between white and black teens. But apparently nobody broke the news to Gervasi; nothing about the film feels like D.C., even though parts of it the film were actually shot in the District and not fucking Rhode Island. Furthermore, the racial subtext is buried as is the mystery of Kevin’s murder. This is less a mystery film set in high school and more an irritating character portrait that uses the death of a young black man to make up for its lack of plot.

The source material is structured in such a way that Addison’s story is something he’s telling in his college admission application, like a short form memoir about how he doesn’t have any redeeming qualities but this journey he undertakes in the name of his fallen friend is the closest he’s come to finding good within himself. Yet none of that comes through in this adaptation. Oh, they definitely hit home that Addison is cloying to the point of insect-like revulsion. Elgort plays him as the most unlikable teen movie snowflake imaginable, a clueless twerp working through the issues of his mother’s recent death by haphazardly playing gumshoe, which would be fine if the film’s script had bothered to construct an actual mystery for him to solve.

Instead, the movie wastes a cast that includes David Strathairn and Catherine Keener in the pursuit of lensing the worst Dawson’s Creek spec script ever written. When Addison goes into the “seedy underworld” it really just means he meets black people who sell drugs, one of whom is literally named “D Cash.” There’s nothing interesting to be gleaned from the reveal of the killer, no compelling plot machinations to keep the film from being repetitive interludes of Addison annoying everyone around him. He learns nothing. He doesn’t grow. Instead of some genre appropriate voice-over narration, we’re treated to Snapchat style vertical selfie video from Addison pantomiming a poor man’s impression of real characterization.

It’s a good thing this movie isn’t going to see a real theatrical run and will at best be viewed by bored tweens through VOD. It would be a waste of time even if it were only as long as an Instagram post.