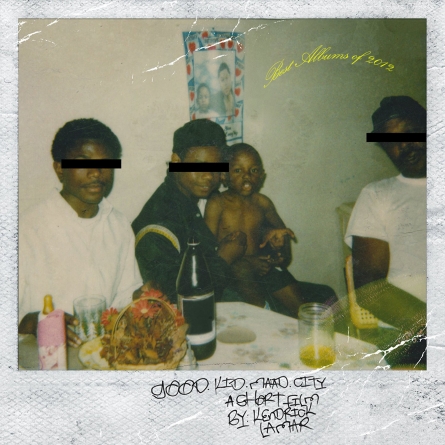 Five years is an eternity in the life of a record.

Five years is an eternity in the life of a record. When coming up with this feature, the question the Spectrum Culture staff pondered was this: ŌĆ£How well do these albums play NOW!ŌĆØ Not five years ago, but how have they aged in our memories. While some acclaimed albums of 2012 remain strong on our list, some critically-lauded ones didnŌĆÖt have the staying power. The Seer, The Money Store and Shields all didnŌĆÖt make the cut. This list is designed to give new perspective on things five years old. Thank you so much for reading! 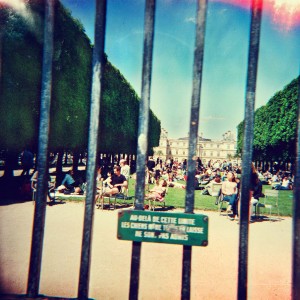 Lonerism might just be the best album ever made about social anxiety. Kevin ParkerŌĆÖs pop hero stumbles over his own words, descends into deep head-trips of self-loathing and wonders aloud why no one will talk to him. ItŌĆÖs the kind of album you might find yourself quoting in reference to your own life. But it never strains to be relatable, never resorts to using the kind of hyper-specific language that makes you gasp ŌĆ£thatŌĆÖs me!ŌĆØ Parker will always be compared to Lennon for his reedy tenor and deft way with hooks, but some of the elder statesmanŌĆÖs songwriting must have trickled down too in the way Parker effortlessly spins complicated feelings into pop sugar.

In plundering the ŌĆś60s and ŌĆś70s for inspiration, Lonerism remembers that pop and rock were once one and the same. Lonerism works on the strength of its songs, and any one is likely to be a listenerŌĆÖs favoriteŌĆöthe Schaffel stomp ŌĆ£Elephant,ŌĆØ the alternately sour and soaring ŌĆ£Feels Like We Only Go BackwardsŌĆØ (featuring one of the gnarliest chords in a pop song since ŌĆ£You Still Believe in MeŌĆØ), the spectral Beatles carnival ŌĆ£Keep on Lying.ŌĆØ And beneath it all, as in so much of the best pop music in history, is a thinly-disguised layer of darkness and self-hatred.

ItŌĆÖs funny that Tame Impala has become associated with the bro crowd. Certainly 2015ŌĆÖs Currents was the work of a more confident artist with easier access to parties, drugs and girls than the studio hermit that made this. Lonerism isnŌĆÖt music for popular people but rather people who lust for popularity, who judge themselves by societal proxies and find themselves coming up short. ŌĆō Daniel Bromfield 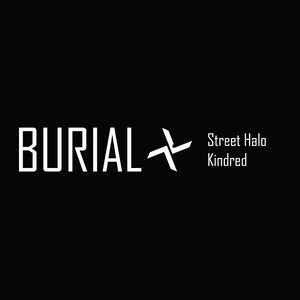 Burial beautifully distilled the fears and despairs of a generation on 2007ŌĆÖs Untrue, so much so that there was no way to logically follow it up. So he didnŌĆÖt, choosing instead to release short-form pieces in a series of EPs that explored new depth and areas of his sound. Kindred, the second of these, is arguably the first that broke some sort of new ground. Where BurialŌĆÖs early work was notable for its seeming spareness, Kindred introduces a fuller, busier approach, one that seems to embrace the chaos of the outside world rather than run away from it.

The opening title track is still a marvel, twisting and turning in all sorts of directions over the course of its almost 12-minute runtime. The vocal samples fade in and out like ghosts in the night, emitting vocalizations and parts of words rather than whole phrases. While that expands on some of BurialŌĆÖs most recognizable themes, ŌĆ£LonerŌĆØ and ŌĆ£Ashtray WaspŌĆØ point towards a different direction, one more recognizably steeped in house and garage music. ŌĆ£LonerŌĆØ is almost a club track, an interpretation of house music for the SoundCloud generation. Its incessant beat and samples conjure images of the nightclub, yet it still feels distant. ŌĆ£Ashtray Wasp,ŌĆØ in contrast, feels warmer yet just as insular. Vocal samples are fed through buzzing filters, creating a translucent, smudgy sound that seems to have been intricately assembled through direct vinyl samples.

In creating something so starkly in conflict with itselfŌĆöa house banger digitally assembled and fed through filters to resemble an analog soundŌĆöBurial presents a version of the lasting cultural conflict between advancement and nostalgia that still rages on in our culture today. Some might continue to wait for another full-length from Burial that may never come, but Kindred shows that a shorter format does nothing to curtail his creativity. – Kevin Korber 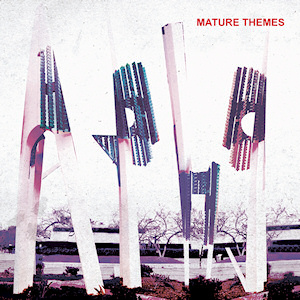 Ariel Pink makes outsider art despite not really being an outsider. He had already released several albums by the time he made Mature Themes, his second for 4AD, and he had already scored a Pitchfork-approved hit with ŌĆ£Round and RoundŌĆØ in 2010, off Before Today. Though hardcore Pink-heads may deem Mature Themes ŌĆ£too commercialŌĆØ (at least by his own, decidedly uncommercial standards), it feels more like his definitive work, a record so good in so many ways that it recalls Brian EnoŌĆÖs early solo albums.
Sure, the concluding song, slow-dance sizzler ŌĆ£Baby,ŌĆØ originally by Donnie and Joe Emerson, got a lot of attention, but the best track comes well before that. Consider, for example, the lo-fi videogame quality of the opener, ŌĆ£Kinski Assassin,ŌĆØ the ominous, post-punk feel of ŌĆ£Early Birds of Babylon,ŌĆØ the Eurotrash brilliance of ŌĆ£Pink SlimeŌĆØ or the pop sincerity (ŌĆ£I wanted to be goodŌĆØ) of the title track.

To some extent, it makes sense that someone who makes music like this would be a critical darling, given a certain kind of music criticismŌĆÖs penchant for all things retro and ironic. But however tongue-in-cheek this music might be (perhaps only Mr. Pink himself truly knows), it manages to be affecting, even touching, in its own wayŌĆöthe kind of music a prodigal shut-in might make in the safety of his or her imagination. It trades in universal feeling despite the idiosyncrasy of its compositions and its askew lyrics, and five years later, it is no flash-in-the-pan, but still a classic. PinkŌĆÖs in it for the long run. ŌĆō Dylan Montanari 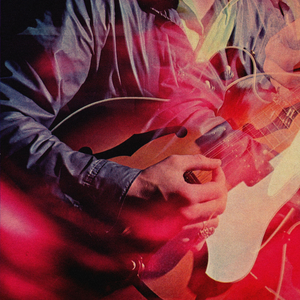 7. Chromatics ŌĆō Kill for Love [Italians Do It Better]

It could be surmised that, deep down, Johnny Jewel wants to be a filmmaker. Somewhere along the way, though, he picked up a guitar and a synthesizer instead of a camera. The album cover of Kill for Love was even mocked up as a film poster, if that gives any indication of what Jewel is trying to accomplish with his music. His perfectionist streak has led to much of his work with Chromatics coming out piecemeal, which makes a full-length album seem like a magnificent event. Each work seems like JewelŌĆÖs defining statement, much in the same way that a new film from Terrence Malick or Paul Thomas Anderson seems like a major event. Indeed, Kill for Love aims to create some grandiose, epic sweep over the course of its 90 minutes. That it works at all is a minor miracle; that it remains a replayable masterpiece to this day is a testament to JewelŌĆÖs skills as a songwriter and arranger.

Atmosphere is something that Chromatics does very well, and Kill for Love is completely enveloping. The synthesizers and drum machines give everything a cold, almost alien feel. When something organic is introduced, like the warm piano of ŌĆ£Running from the Sun,ŌĆØ itŌĆÖs undercut by Moroder-esque vocal filters and leaden bass hits. But what really brings Kill for Love to life are JewelŌĆÖs songs, which find him embracing a more openly pop-leaning sound than in the past. The elegiac synth symphonies and icy covers are nothing new here, but rarely has Jewel written something as blissfully melodic as the title track or as effortlessly cool as ŌĆ£Back from the Grave,ŌĆØ just to name a few. While he may yet eclipse Kill for Love with whatever he does next, Johnny Jewel crafted a piece of art here that holds up as well as any great film. ŌĆō Kevin Korber 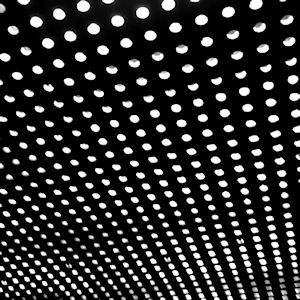 For all of the ŌĆś10s bands indebted to dream pop and shoegaze, Beach House was most influenced by the genre aesthetics, crystallizing a distinct sound that has since become unmistakable. Lilting guitars, cascading synth melodies and a penchant for both antique organs and lo-fi drum machines became the band’s signatures, rounded out by Victoria LegrandŌĆÖs hushed contralto. But it wouldnŌĆÖt mean anything if the band wasnŌĆÖt adept at walking the line between uplifting and melancholic moods. This is a band thatŌĆÖs always had heart, their raw emotions present on even their earliest output.

Beach HouseŌĆÖs first two albums trafficked in a murky sound, as if they were too shy to come out of the shadows. Their third, Teen Dream, found the band beginning to hone their modern sound, but Bloom remains their most confident effort. The album includes some of the duoŌĆÖs catchiest songs, like the buoyant ŌĆ£Myth,ŌĆØ the transcendent ŌĆ£Wild,ŌĆØ the morose ŌĆ£TroublemakerŌĆØ and the wistful ŌĆ£New Year.ŌĆØ ŌĆ£The HoursŌĆØ is a slow, considered rocker, while ŌĆ£WishesŌĆØ is practically tear-inducing in its beauty. Spacey standout ŌĆ£LazuliŌĆØ features the most thrilling breakdown the band has ever achieved, and it pairs with a characteristically warped music video indebted to Ghostbusters.

Cynics might contend the band was merely capitalizing on their own formula. Perhaps the better way to state it is that Beach House was focusing on what made their music work. Besides, it wouldnŌĆÖt last forever; the band would soon bite off more than they could chew, releasing two lackluster records in 2015. But in 2012, they were right in the pocket. – Tristan Kneschke