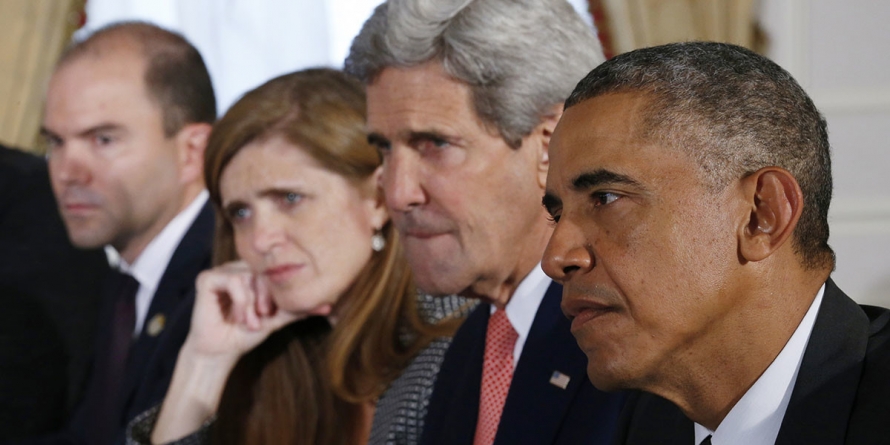 A lively and engaging documentary about the last 12 months of the Obama administration, The Final Year ultimately fizzles out because of a lack of a thesis.

A lively and engaging documentary about the last 12 months of the Obama administration, The Final Year ultimately fizzles out because of a lack of a thesis. Director Greg Barker is a veteran documentarian who has honed the craft of observational filmmaking and here cuts between lengthy fly-on-the-wall scenes interspersed with short in-transit clips and voice-over interviews. This keeps the film flowing, but to what destination?

The movie is focused on Obama’s foreign policy team, particularly UN Ambassador Sam Power and Deputy National Security Advisor Ben Rhodes. There are glimpses of other luminaries—Secretary of State John Kerry, National Security Advisor Susan Rice and even, on occasion, the ex-POTUS himself—but Power and Rhodes are the stars here. The Final Year discusses—but does not really show—the historic deals with Cuba and Iran, though its central themes are Syria, the War on Terror and climate change. Because of the array of events, speeches and issues covered, it feels unfocused, never building up to any grand statement on Obama, US foreign policy or global affairs.

What the movie does best is to convey the banality of US executive power. The characters are almost always in transit and are shown doing ordinary activities. But the signifiers of truly devastating power are always there as players ride Air Force One or in massive convoys with blaring sirens, or are shown walking from the West Wing of the White House and speaking from the lectern of the UN General Assembly Hall. Rhodes is often pecking at a keyboard, which is something everyone does, except everybody isn’t crafting Obama’s speech about the legacy of nuclear annihilation in Hiroshima, Japan— a calibrated and delicate address that one cannot fathom the current POTUS delivering.

The broad approach may make the film more marketable and its observational style will stay relevant as a visual archive of Presidential life in 2016, but it also limits the film’s scope. Barker skirts around issues, afraid to engage or discuss any topic with real depth. Part of this is due to the nature of the film: as it follows Obama administration officials, it follows their perspective on foreign policy; there is not really a space for questioning or highlighting alternative points of view. One potential exception is Syria, a case in which the Obama team disagreed on the proper action. Power, the inveterate New Age-hawk who has not seen a reeling Global South country she did not want to invade in the name of humanitarianism, is overruled (off camera) by Obama and Rhodes. Rather than exploring this issue in any depth, Barker merely reports it, which is a lost opportunity because the debate over intervention in Syria is an apt encapsulation of the Obama Doctrine as a whole.

The film’s editing shows it was finished in Trump’s America and in many ways, the film sets up a stark contrast between the two most recent administrations. There are several clips about the Paris climate talks, for instance, where Kerry or Rhodes discuss the importance of dealing with global warming. There are also multiple attempts to directly demonize Russia as a shameless international rogue actor. Disturbingly, Power and Kerry are shown lambasting Russia for bombing a UN convoy in Syria, but The Final Year does not mention that Obama’s airstrikes killed more than 3,000 civilians annually on average, nor does it discuss the Kunduz hospital strike where US forces repeatedly attacked a Médecins sans Frontiéres compound in Afghanistan. Such selective editing only exacerbates the notion of US exceptionalism within the American viewing public and obfuscates the fact that both Obama and Trump hold this principle in the center of their foreign policy thinking.

With just over 17 minutes to go in the film, it changes course: it is Election Day. The action centers on Power, who has every female UN Ambassador over for a watch party and a celebration of the first woman President. The crushing disappointment of Power and her party-goers and the rest of the Obama foreign policy team on the following day, is a thrilling final act. Barker captures Power and Rhodes’ attempts to grapple with the rise of Trump and whether it represents a repudiation of their dogged work of the past eight years. In these closing shots, The Final Year is at last worthy, but not enough to rescue the film.