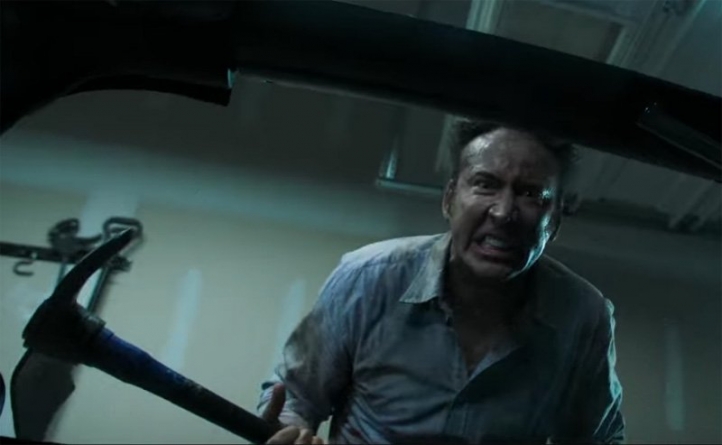 If cinema were a china shop, then Nicolas Cage is the bull.

If cinema were a china shop, then Nicolas Cage is the bull. Even as he destroys and reconstructs the art of acting, time and time again, this anarchistic hurricane of a performer endlessly fascinates. His body spasms, the odd shapes his face contort into, the rapid shifts in vocal patterns and volume—there’s just something about a completely bonkers Nicolas Cage performance that can elevate an already-great film to new degrees, such as Werner Herzog’s Bad Lieutenant: Port of Call Orleans or Robert Bierman’s unfairly-ridiculed 1988 comedy Vampire’s Kiss (the context for that performance you see represented multiple times in that viral “Nicolas Cage Losing His Shit” YouTube video). Even when Cage takes on a role in an objectively horrible piece of filmmaking, his acting output usually makes up much of the difference (Neil LaBute’s 2006 remake of The Wicker Man a notable example). The man is a national treasure, pun unintended, and we often take his chaotic, one-of-a-kind energy for granted.

Brian Taylor’s Mom and Dad certainly doesn’t squander its chance to showcase a manically-amped-up Nicolas Cage performance, but the film that serves as the actor’s stage is distractingly uneven and restlessly disordered. This is Taylor’s first directorial effort without his co-pilot, Mark Neveldine. Together as “Neveldine & Taylor,” they brought us frenzied pulp-fests like Crank and its subsequent sequel. With Mom and Dad, Taylor reveals a distinct yet off-putting directorial eye that feels as if it was once balanced out by a creative collaboration no longer present. This film is edited with razor blades, both visually and aurally, creating a cacophonous experience that at once heightens the anxiety of the film while also being obnoxious as all hell. It stabs and slices its way through a brief 83-minute running time (IMDB says 123 minutes by mistake), but this odd and intriguing film never once reaches the promise of its premise. The filmmaking always gets in the way.

The plot is simple enough: on a day just like any other, an unexplained mass hysteria breaks out across the world, where parents become uncontrollably invested in murdering their children. It truly is a horrifying concept (no, seriously, think about your mother coming at you with a meat cleaver), but there isn’t much the movie offers aside from it. The mass chaos of parents slicing and dicing their children on schoolgrounds and public streets quickly loses its shock value and transforms into something that just feels exhaustingly cruel. It reminded me often of last year’s James Gunn-penned The Belko Experiment, which took an excellently-twisted premise and crashed it into a brick wall with its piled-on brutality. Violence on screen is not a problem—it’s the way it’s presented. Mom and Dad, while often gross and disturbing, feels like an open display of atrocities without any true tonal conscience about the images and acts being conveyed.

The most interesting element in the film exists with the “Mom” character, played by Selma Blair in a performance that relies on internal dilemma. Most parents don’t get the killing urge until they are close to their kids, so Blair spends the first chunk of the film witnessing the anarchy that has broken out and immediately has the instinctual need to protect her children, all while knowing that this motherly nature may completely reverse once she arrives home. If this moral struggle had lasted longer, Mom and Dad would’ve been a far more interesting affair, but before we know it, Selma Blair becomes the murderous maternal figure she was bound to become eventually.
Admittedly, it’s a spirited performance that pairs well with Cage’s, though the latter is in a league of his own. His most terrifying moments include an uncomfortably-shot tickle fight and a soon-to-be-iconic moment where he destroys a pool table with a sledgehammer while yelling the lyrics to the “Hokey Pokey.” Put that task in another actor’s hands, and they may look at you like you’re nuts. Give it to Cage, and he puts his right foot in, puts it out and shakes it all about without question. And that’s what it’s all about.