We’ve reached the point where making movies for Marvel Studios have become so lucrative that big name actors kneel at its jewel-encrusted altar begging for a role. Everyone from Michael Douglas to Anthony Hopkins have joined in the fray, and even once-elite players looking for a quick career resurrection (Al Pacino) are willing to don silly costumes to once again connect with audiences. But what happens when “name” directors come aboard? Actors, by trade, are used to direction, but what happens when an auteur must kowtow to the Marvel machine? While Chris Miller and Phil Lord aren’t really big-name directors, they still have an aesthetic, something that eventually cost them the Han Solo movie.

Enter Ryan Coogler, a buzzy director who catapulted into the national conversation by proving he had the chops to handle both the heart-wrenching indie Fruitvale Station (2013) and uplifting genre fare in Creed (2015), easily the best Rocky film since the first one. How would his non-compromising vision come into play when taking on Black Panther, Marvel Studio’s first African-American superhero story? Could Coogler adhere to the series’ formula and still present a work that is thrilling and original?

Subject to Marvel hokum, the backstory in Black Panther is anything but inspiring. We learn that Wakanda, a secret, scientifically-advanced nation in Africa, is built upon the use of vibranium, a powerful substance found only in that region. The nation is comprised of five tribes, each serving under a powerful king, also known as the Black Panther. When the story begins, T’Challa (Chadwick Boseman) is ready to assume the mantle of king after the murder of his father (see Captain America: Civil War for those events).
Wakanda itself is a strange paradox of old and new. While many of its tribes still dress in traditional garb, the nation is also more technologically-advanced than the rest of the world. The burden is on the people of Wakanda to keep their weapons and the vibranium from falling into the hands of evil, and therefore the entire society is cloaked in invisibility. Despite Marvel’s deep coffers, Coogler struggles with creating a convincing Wakanda. There are some scenes of majestic wonder such as a giant waterfall, yet one of the most disappointing aspects of the movie is its inability to inspire awe as much of it looks like cheap CGI, especially in its insipid use of 3D that can’t keep up with the graphic rendering.

T’Challa, himself, is one of Marvel’s more stoic characters. A wise-cracking Iron Man-type, he is not. Boseman portrays him with an almost chilly sangfroid, a hero most interested in keeping his kingdom and its vibranium safe from outsiders. Coogler and co-writer Joe Robert Cole surround T’Challa with a lively supporting cast: Shuri (Letitia Wright), his nerdy, younger sister; his powerful ex-girlfriend Nakia (Lupita Nyong’o); and Okoye (Danai Gurira), his bodyguard who heads the bald, all-female Dora Milaje. In fact, Black Panther has the strongest female characters in the entire Marvel Universe, all of which get to demonstrate their brains and brawn in battle before the film ends.

After a series of escapades, Black Panther truly picks up in its second half when Erik “Killmonger” Stevens (frequent Coogler collaborator Michael B. Jordan), T’Challa’s cousin who has been wronged, comes to Wakanda to claim the throne. Rather than turn in yet another “save the world” plot, Coogler instead makes things personal when T’Challa must battle Erik for the throne of Wakanda. It feels more personal than most Marvel stories, and after a somewhat rote first half, Black Panther finally delivers big.

Despite its promises otherwise, Black Panther still follows the template set by what seems to be a non-stop stream of Marvel movies. Unlike a film such as Deadpool that separates itself by being profane, Black Panther mostly plays it safe. However, a more personal plot and a phalanx of strong female characters rises it above many of the others, but ultimately Black Panther is more of the same. 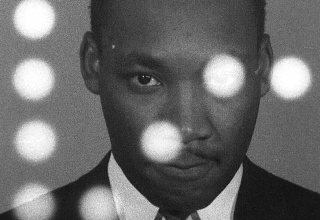