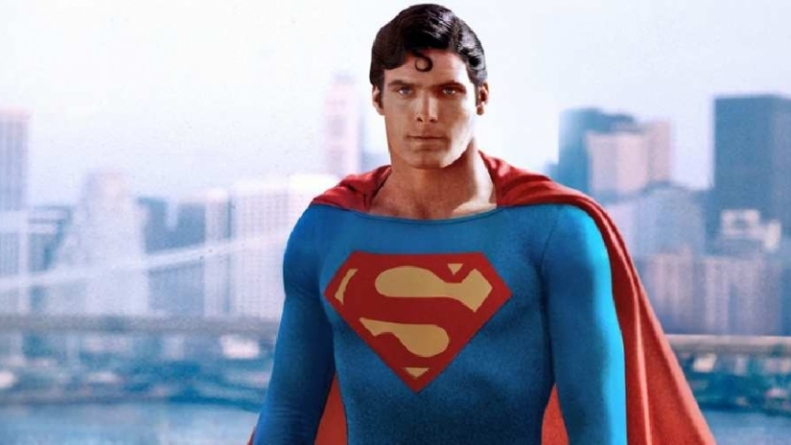 By being the progenitor of a genre, Superman: The Movie was destined to be overrated.

In the ancient times of the 1970s, Marvel Comics was awful at translating its newsprint superheroes into live action franchises. Spider-man and the Hulk languished on network television, the former a forgettable mess and the latter recalled affectionately through the dull prism of nostalgia. With Star Wars shattering all notions of what a blockbuster could be, the time was rife for simple mythologies augmented by world-class special effects. It would be Warner Brothers that seized the moment, releasing Superman: The Movie in 1978 to rave reviews while unwittingly creating the blueprint for what would become the modern superhero movie.

The studio did everything right. This fact may give you pause if you’ve seen any of the Warner Brothers/DC films released since 2013. It might blow your mind to know that the studio behind the feeble advertising for Justice League was once responsible for an iconic movie poster that was plastered everywhere, including full-page newspaper ads when such an expenditure was a mark of quality. It showed Christopher Reeve’s Superman pointing to the sky, his forefinger touching the tagline “You’ll Believe a Man Can Fly,” and primed the audience for a December release.

Warners heaped profuse talent at Superman to signal to audiences that it made a serious multi-quadrant spectacle that everyone should see. Marlon Brando was cast as Jor-El, Superman’s Kryptonian father, and Gene Hackman was cast as Lex Luthor, our hero’s arch-nemesis. Mario Puzo of The Godfather fame was one of the many screenwriters. Richard Donner, fresh off his career-making hit The Omen, signed on to direct and shepherd Superman to the screen. John Williams continued his unmatched streak of property defining film scores. And leading it all was the late and dearly missed Christopher Reeve, an unknown actor whose portrayal of Superman would become so iconic that no actor has been able to redefine the character since. So with so much apparently right about this movie, how can it possibly get dubbed “Overrated?”

What fans of the movie claim, including Bryan Singer and Sam Raimi when they were ushering in the new era of superhero movies with X-Men and Spider-Man, is that this movie respected the source material. What makes that a debatable point is that while they built the perfect Superman, Donner and his collaborators made Lex Luthor a joke. He is the self-proclaimed “greatest criminal mind of our age” who consequently hangs out with “Neanderthals and nincompoops.” Paired with Ned Beatty, as his bumbling henchman Otis, Hackman’s Luthor plays the straight man in a vaudeville act that grinds the movie to a halt with its every invocation. In this equation, the evil mastermind becomes no more than Bud Abbott, Oliver Hardy or Zeppo Marx, hardly figures capable of believable malice. This characterization does a disservice to Hackman, one of our great actors. His vain, egomaniacal Luthor could have used an ounce or two of the instability of Popeye Doyle and the menace of Little Bill Daggett, then he might be placed among the great villains like the Jokers of Nicholson and Ledger.

The case for respecting the source material and the intelligence of the audience withers further once the movie heads to its conclusion. Luthor’s master plan involves nuking the San Andreas Fault Line, setting off a chain reaction that will sink California and make all the property he owns in Arizona valuable beachfront property. Programming the two nukes was Otis’ job and he botches it, of course, so one missile is headed to California, the other to New Jersey. After Valerie Perrine’s Miss Teschmacher saves Superman from a kryptonite induced drowning, the hero is faced with a dilemma. He’s promised to save Miss Teschmacher’s mother from the nuke heading to Jersey while aware that Lois may be harmed by the California bound warhead. Because he never lies, Superman saves the Garden State but can’t make it to California in time.

There is an excellent sequence of Superman saving the day, but there is one life he cannot save. Lois Lane gets trapped in her car, covered by a dirt slide, and suffocates. Lois Lane is dead. That’s a major and gutsy departure from the source material, a dark development that might have gotten Zack Snyder off the hook for the end of Man of Steel. It would have given Superman that tragic layer of never being able to save the people he most cares about while making the movie less friendly for kids. For Superman: The Movie to reach maximum profitability, Lois Lane must live.

You can almost hear the whispers of the production meeting from long ago.

Donner: And then we killed Lois Lane.

Exec: What, now? Superman’s girlfriend? You can’t do that! We want sequels, man.

Donner: It’s in the can. What do you want me to do?

Exec: Hang on tight. I’ve got an idea. Superman flies around the earth really fast in the opposite direction. He basically rewinds time like a VHS tape so Lois never dies.

Superman never suffers any consequences for his decisions. He could have done his “be kind, rewind” act at any moment and saved himself 20 minutes of screen time. That would have saved us, as well, because the real crime of Superman: The Movie is that it’s dull. The first hour is spent slowly setting up Krypton, Smallville and the Fortress of Solitude. Young Clark tests his powers a couple of times, but Superman doesn’t catch Lois and stop that falling helicopter until the movie is an hour and five minutes old. Reeve needed to appear much earlier and another source of comic relief apart from Hackman found for Superman to attain some consistent level of excitement. Instead, history received the movie we have all seen, the snooze that launched a genre.

By being the progenitor of a genre, Superman: The Movie was destined to be overrated. Effects are easier to create. Editing techniques and storytelling have gotten more sophisticated, but it is important to revisit the touchstones of film history to mark those changes. Time has made this movie more esteemed than it need be. Superheroes have saved Hollywood for two decades now, but it began 40 years ago. You rarely saw a man fly back then, but Christopher Reeve did it so well that this deeply flawed movie is still spoken about with great affection. We remember him, the perfect Superman, smiling at us from Earth’s orbit, and that’s all that really matters.