The business side of moviemaking isn’t often discussed too heavily in film criticism, but there are times where it most certainly should be. As appreciative as we can be of a well-made film, we can also lend this gratitude towards the producers who help bring storytellers’ creative concepts to fruition. We’re not talking about the Weinsteins and Grazers of the world, but rather an entertainment entrepreneur who helped transform a $15,000 horror experiment into a smash hit that grossed $193 million at the box office and spawned five successful sequels.

Such is the case with Jason Blum, founder of Blumhouse Productions, who has led a new charge in the micro-budget filmmaking world since the release of Paranormal Activity in 2009. For nearly a decade, Blum has followed through on the precedent of his studio’s debut film having grossed nearly 13,000 percent of its original budget, helping to produce profitable franchises, campy delights and daring genre picks while working with up-and-coming innovators in film.

In many ways, the career of Blum shares similarities to arguably the greatest tycoon in the pop cinema pantheon, Roger Corman. As prolific as they come, the 92-year-old is still going strong with production credits for straight-to-video sequels to his legacy-making franchises, such as 2017’s Death Race 2050, and trashy creature-feature TV-movies like 2015’s Sharktopus vs. Whalewolf. From 1954 to present day, Corman has accumulated over 400 producer credits on IMDB, and his early career reflects an admirable workhorse attitude towards producing and directing the types of movies he wanted to see get made. 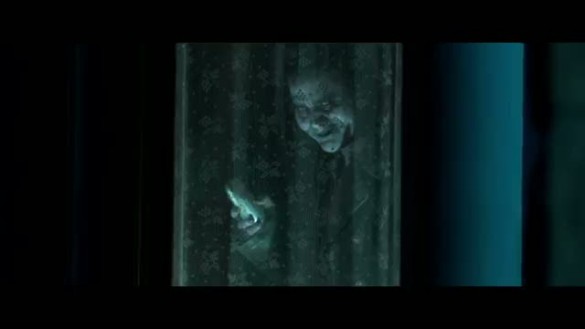 Jason Blum works with a similar philosophy. The production graphic for Blumhouse Productions is a creepy profile of a haunted house and all its horrors, which appropriately encapsulates the camp/terror cinema that makes up the majority of Blumhouse’s library. Where Corman had his Edgar Allen Poe adaptations and campy genre works, Blum has his various franchises—Paranormal Activity, The Purge, Insidious, Sinister—and B-movie standouts such as last year’s Happy Death Day and the newly-released Blumhouse’s Truth or Dare.

There’s artistry and enthusiasm in Blum’s approach to film production, and there’s also welcome ingenuity within the risk-taking, unorthodox horror works he’s backing. While the quality from film to film varies, the Blumhouse filmography is filled primarily with passion projects by creatives like Insidious creator Leigh Whannell, The Visit and Split writer/director M. Night Shyamalan and one of our most unsung presences in horror today, Mike Flanagan (Hush, Oculus, Ouija: Origin of Evil). Again, there’s a parallel between Blum and Corman here, as the latter worked with and was admired by a bevy of legendary cinema artists like Jonathan Demme, Francis Ford Coppola, Martin Scorsese and James Cameron. Blum has already begun to lay the groundwork for similar relationships, beginning his production career with Noah Baumbach’s debut film, Kicking & Screaming, and helping to launch the careers of Oscar-winners Jordan Peele and Damien Chazelle (Blumhouse produced Peele’s Get Out and Chazelle’s Whiplash, both of which received Best Picture nominations at the Academy Awards).

Not everyone would have taken a risk on Jordan Peele’s acclaimed debut from last year, which turned a profit of just over $250 million over its $4.5 million budget. Not everyone would have taken a risk on the much-anticipated yet bound-to-be-controversial BlackkKlansman, by writer/director Spike Lee, which is slated for release later this year. Blum has produced a by-the-book slasher film that takes place entirely on a laptop’s computer screen (2015’s Unfriended) and reignited the career of scream queen Lin Shaye, who evolved into the headlining act of the four-film Insidious franchise. His films have ranged from 2017’s gratuitously gross James Gunn-penned The Belko Experiment, Eli Roth’s 2015 cannibal exploitation pic The Green Inferno to so-bad-it’s-good glory (give Rob Cohen’s 2015 erotic thriller The Boy Next Door a chance). Creative risk after creative risk, Blum’s gambles have paid off with a work output that has amassed a towering profit over the production company’s collective budget figures. Higher returns yield more opportunities for filmmakers looking to spin stories that thrive outside the box, and Blum hasn’t shown any indication of slowing down and playing it safe.