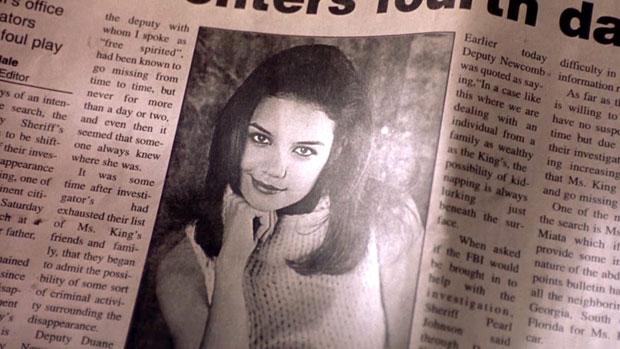 Though Sam Raimi has his ardent lovers and haters, his film The Gift is the rare member of his oeuvre to receive little attention from either camp.

Though Sam Raimi has his ardent lovers and haters, his film The Gift is the rare member of his oeuvre to receive little attention from either camp. Released in late 2000, The Gift bombed at the box office and failed to excite mainstream critics. Nearly everyone associated with the film has gone on to bigger and better things. Star Cate Blanchett went from being an exciting, young, Oscar-nominated talent to one of the biggest movie stars of our time. Raimi jumped right into the Spider-Man series, while co-writer Billy Bob Thornton, who based the film’s story on his mother’s experiences, has continued to be Billy Bob Thornton. The supporting cast, which includes Hillary Swank, Keanu Reeves, Katie Holmes, Giovanni Ribisi, J.K. Simmons, Kim Dickens, Rosemary Harris and Greg Kinnear, have gone on to win Oscars, lead film franchises and television series and even escape Scientology.

However, there are plenty of bad movies with great pedigree and The Gift is not one of those. A Southern Gothic of the finest order, The Gift is a brutal film that requires its viewer to have a keen eye, the ability to suspend disbelief and to appreciate an attuned feminist sensibility. This last element is particularly surprising, given that Thornton and particularly Raimi have struggled to champion women in other work.

The Gift isn’t a feminist fantasy, and like other Raimi films it features a disproportionate amount of violence against women. Yet it is not only female-led, but also allows its plot to revolve around violence by men and a woman’s unique ability to solve it. The Gift’s plot follows Annie (Blanchett) a widowed fortune-teller in a small Southern town. A local woman, Jessica (Katie Holmes), has disappeared, and Annie has a vision which shows her that Jessica has been murdered. The plot expands from there to show the ins-and-outs of a poor Southern community steeped in patriarchal abuse and sexual secrecy. It’s a tale straight out of Toni Morrison, except for the notable exclusion of primary black cast members, which is troubling.

The Gift’s key gift is its cast, led by Blanchett, who is at her best as the flawed Annie. Raimi catches all of the angles of her preternaturally expressive face, which is just the kind of face that could be used to dupe desperate locals into fraudulent psychic transactions. And perhaps the difficulty that audiences and critics had with the film was that they are asked to believe in the supernatural while not particularly believing Blanchett’s Annie. But this difficulty is one of the film’s many assets; Annie is a difficult woman to understand and to support, but she is never anything other than interesting – and even mesmerizing – to watch.

Women rarely get to play flawed characters, and when they do it is too often in the support of male characters. While the audience is indeed asked to view Annie through the male lens of the writers and director as well as in the context of male violence, Annie is unquestionably the lead character of The Gift and she is supported by an array of complicated women. This would be notable if it happened in a film today, let alone in 2000.

The plot that Thornton and co-writer Tom Epperson weave is powerful and strange, and Raimi shows an unusual amount of restraint in delivering it. Though he takes a distinct visual approach to Annie’s visions, he allows the performances to deliver the story, wisely trusting Blanchett and company to make the film unsettling. The scenes that Blanchett and Swank share are particularly thrilling, as the same unique energies that has allowed both women to carve out distinctive roles in a male-dominated industry play dramatically off of one another.