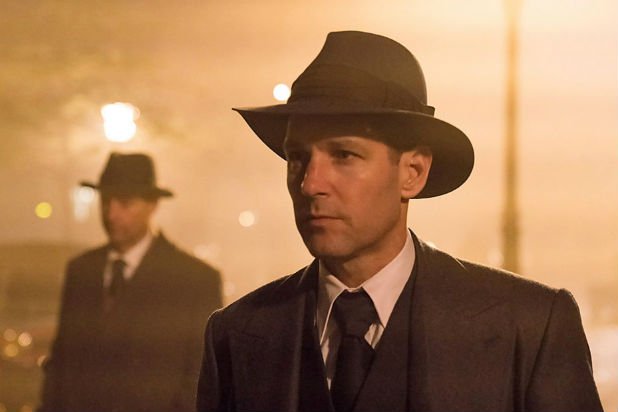 The Catcher Was a Spy Dominic Griffin

In a landscape where stating how bad Nazis are has somehow become a controversial statement, Hollywood’s tired obsession with WWII has the potential to function better now than in years past. Decades of regular releases lionizing The Greatest Generation make the era feel like little more than nostalgic regurgitation. But in The Catcher Was a Spy, we have a true story with a fascinating premise, following the exploits of Moe Berg, a catcher for the Boston Red Sox who became a spy during the war effort. It’s just a damn shame that the movie built around that premise is largely garbage.

Saving Private Ryan screenwriter Robert Rodat adapted the script from Nicholas Dawidoff’s biography of the same name, but in reality, it feels like he scrawled a beat sheet from Berg’s Wikipedia page and filled in the details with stock scenes from other period dramas. The film doesn’t drag from poor pacing, as one might expect, but it suffers from severe structural issues. This is a film that barely registers over the 90-minute mark, but somehow feels threadbare plotwise. We get a few introductory scenes setting up Berg as an unassuming everyman with some charming quirks, then a lengthy middle section of Berg going from a desk position to actual field espionage, and then a plodding final act that houses the film’s most dramatic sequences.

Each act feels like a different, undercooked film. The scenes introducing Berg come the closest to being watchable, because they mostly rely on Rudd’s screen presence to seem interesting. Had the film been a more straightforward character study, following that throughline would be the right call. But the saggy middle is infuriating, as it shows off a murderer’s row of great supporting actors like Jeff Daniels, Guy Pearce and Paul Giamatti, while giving them nothing to do but spew exposition and, one supposes, have prominent spots in the trailer to imply they do anything more than move the plot along. Outside of one lengthy and ambitious war sequence director Ben Lewin seems needlessly proud of, it’s a whole lot of killing time until we can see Berg actually doing legit spy shit.

But by the time he embarks on his real mission, to ascertain whether or not Werner Heisenberg (Mark Strong) is helping the Germans build a superbomb, the audience is already spent, all goodwill from the premise and the star exhausted. Rudd and Strong have the necessary chemistry to make a big tete-a-tete a satisfying climax to an otherwise boring film, but the writing and the direction leave them stranded in a lifeless setpiece involving one of the most annoying movie tropes for films about smart people: two men playing a game of chess without the chessboard and dramatically saying shit like “pawn to knight 4” in the middle of a dinner party.

Along the way, the film says some surface-level things about complacency and standing up in the face of evil and not being complicit in genocide, but it’s nothing new or profound or even particularly well phrased. For the story of a Jewish baseball player who becomes a spy to fight Nazis, it’s a sub-television movie biography with little saving grace outside of Paul Rudd trying his damnedest to make it at least watchable. He deserved a better vehicle, Moe Berg’s story deserved a better movie, and so does anyone who thinks they should watch this.