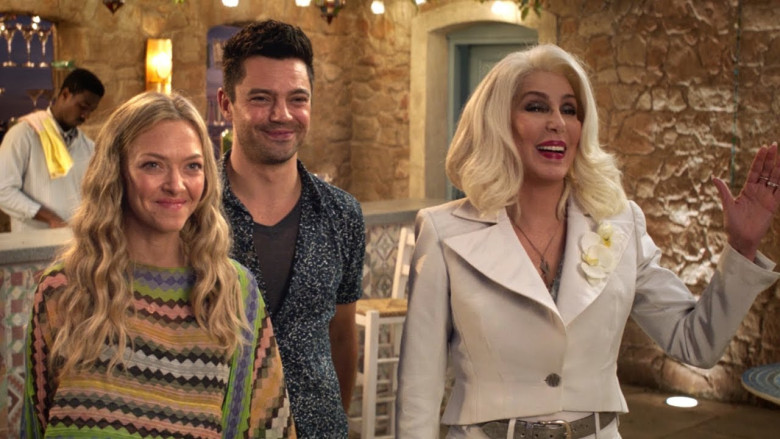 While the original stuck strictly to ABBA’s best-known hits, this follow-up is all the better for mining the group’s oeuvre for less famous material, making it a more surprising experience.

The debut of a half-prequel, half-sequel to a film adaptation of a stage adaptation of the greatest hits of a co-ed, European pop quarto is very 2018. Lamenting the lack of original material in Hollywood is for another day, however, because though Mamma Mia! Here We Go Again is almost gleefully unoriginal, it is also an absolute blast. Like its 2008 predecessor, this Mamma Mia! doesn’t tell an organic story so much as it wraps the skin of a story around a strong foundation of musical moments. While the original stuck strictly to ABBA’s best-known hits, this follow-up is all the better for mining the group’s oeuvre for less famous material, making it a more surprising experience.

What plot there is spits in the eye of the film’s marketing materials, as the original’s chameleonic star, Meryl Streep, appears as the loveable, inn-running matriarch Donna in only about five minutes of Here We Go Again. While Amanda Seyfried’s Sophie remains at the center of the story, other characters appear only briefly despite their presence on the poster, including Sophie’s and Donna’s love interests from the first film, played by Dominic Cooper, Pierce Brosnan, Colin Firth and Stellan Skarsgård. Their reduced presence doesn’t necessarily hurt the quality of the film, though Streep’s absence is certainly felt. However, it is that absence that provides Here We Go Again with what little plot it has. We discover early on that Donna has been dead for a year, leaving the now-pregnant Sophie to wonder how she’ll be able to raise her own child without her beloved mother. This provides the opening for a visit from Donna’s two best friends, Tanya (Christine Baranski) and Rosie (Julie Walters), who swing by to tell the story of young Donna.

Young Donna is played in flashback by Lily James, who promptly steals the film, mimicking Streep’s shiny, sun-kissed charm while adding her own wide-smiled spin on the role. She can sing, too. These flashbacks show her forming a pop girl-group, The Dynamos, with a young Tanya (Jessica Keenan Wynn) and Rosie (Jessica Davies), following her heart to Greece and falling in love with a young Sam (Jeremy Irvine), Harry (Hugh Skinner), and Bill (Josh Dylan).

The older and younger versions of Tanya and Rosie provide laughs throughout, while Donna (in the past) and Sophie (in the present) provide the film’s emotional center. The film’s co-writer and director, Ol Parker, does a fine job moving things along, getting us from musical number to musical number without much fuss. He always wisely saves the film’s trump card, Cher, for the final act. Cher’s presence ups the quality of the music and acting, but also ups Here We Go Again’s already-overflowing campiness. Her appearance at the end provides enough electricity to carry the film through to its surprisingly emotional conclusion, centered around a Streep-Seyfried duet.

While the music is a joy throughout, adult Donna’s (and Streep’s) absence infuses the entirety of Here We Go Again with melancholy. In a way, this feels more suited to our times than the giddy frivolity of the 2008 original. Fans of the first film are a decade older and the film uses ABBA’s music to represent the bittersweet nature of the passing of time. It would have been nice if the forces behind the film had figured out a way to keep Meryl Streep front and center, but her absence is ultimately what gives Mamma Mia! Here We Go Again its best elements, from Lily James to those grief-tinged moments to the need to seek out ABBA’s less ubiquitous work.