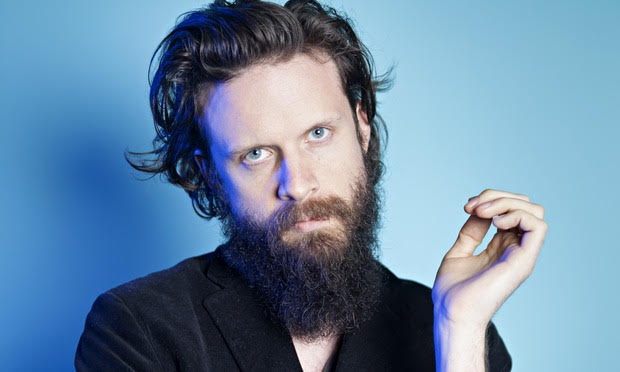 Tillman and his band sounded pristine throughout, his crisp voice perfectly paired with the outdoor space.

I fell in love with Father John Misty with Fear Fun, feelings which were deepened with I Love You, Honeybear. I loved the intersection between pure attention to songsmanship, a knack for writing songs both heartbreaking and brutally funny and an incredibly infectious persona. I fell out of love with him due to the long slog of interviews and pull-quotes tied to Pure Comedy, an album overshadowed by the endless stream of content that accompanied it. I know this was the point, and that Josh Tillman was purposefully flooding us with constant content to comment on the endless flow of content, but it didn’t make it any less insufferable and smug. This year’s God’s Favorite Customer is no less self-important, but Tillman was uncharacteristically quiet in the lead-up, to the degree that I barely processed he had a new album coming out. Once I gave it a chance, though, I found myself stuck in his web; Pure Comedy may have pushed me away, but I fell in love with him again through God’s Favorite Customer.

This was my sixth time seeing Father John Misty, and the biggest show I’ve caught yet. I’ve seen him everywhere from the Crystal Ballroom to Sub Pop’s Silver Jubilee festival, but I had my doubts about his ability to command a stage and crowd that large. Tillman was accompanied by a reasonably-sized band (I counted nine people, including the man himself), but the set was unadorned—not so much as a printed backdrop of the album cover distracted from the band onstage. Also absent—and the is the most important missing element—was Tillman’s usual stage banter. I could count the number of times he addressed the audience on one hand, and that includes helping to alert Edgefield’s staff that a woman had fainted, and chose not to speak to us until six songs in. Tillman is a loudmouth, so frequently found delivering a monologue between songs, so it felt jarring for him to hold his tongue.

Freed from the need to spend time talking in between songs, he treated us to a muscular, well-sequenced set. In the hands of a different artist, the decision to frontload a set with the most well-loved songs could be seen as a sign of cocksurety, but in Tillman’s hands it’s par for the course; it’s as if to say, “You think you want these songs, but you haven’t seen anything yet.” The Fear Fun one-two punch of “Funtimes in Babylon” and “Nancy from Now On” remains a delightful way to begin these shows, pairing nicely with other classics like “Chateau Lobby #4 (in C for Two Virgins)” and “I’m Writing a Novel.” From here, he began to slowly paddle forward, with “Total Entertainment Forever” and “Ballad of a Dying Man,” two songs that sound truly fantastic live, especially once stripped of the stage chatter.

From here, the set oscillated between God’s Favorite Customer tracks and older fare, never more than two songs in a row from the same album. It makes sense that someone so devoted to their own image might be preternaturally good at set-list sequencing, but for my (admittedly very dorky) money, this element alone elevated the show from “great” to “amazing”; he knows that people get bored if you stay in one place too long, so instead of presenting long chunks of new music, he instead peppered them in with older songs to keep the crowd from getting restless. Tillman and his band sounded pristine throughout, his crisp voice perfectly paired with the outdoor space. I will never cease to be shocked by how sure of his own voice he is, and hearing him make use of an amphitheater was enough to make me kick myself for not turning out last year for his Pure Comedy tour stop.

The set ended with a supersized “I Love You, Honeybear,” followed by a tight four-song encore: the b-side “Real Love Baby,” the live debut of “God’s Favorite Customer” (the sun had finally gone down, and it wasn’t the right song to play when it isn’t dark, he explained), and Honeybear belters “Holy Shit” and “The Ideal Husband,” the latter of which has finally grown strong enough to surpass “Hollywood Forever Cemetery Sings” as the obvious showstopper, with Tillman wailing, “I came over at 7 in the morning! 7 in the morning!” atop his band’s caterwaul. Even for someone who spent the year-and-a-half lead-up to God’s Favorite Customer feeling cynical about Father John Misty, it was hard to avoid feeling like all of his skills—his musicianship, his charm, his persona—had gelled into something worthy of the Jupiter-sized ego. He didn’t need rambling monologues to keep the packed crowd rapt; these songs stand up on their own, no matter what kind of man Josh Tillman has decided to be for the most recent album.