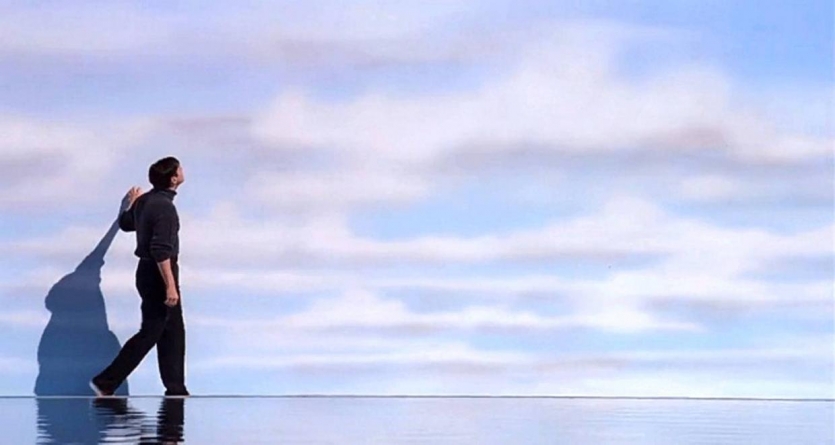 The Truman Show managed to be prescient, classic and of its time.

By now, we all know that Shakespeare in Love shouldn’t have won Best Picture at the 71st Academy Awards. Most folks will tell you that the laurels should have been bestowed upon Steven Spielberg’s exemplary Saving Private Ryan, which would certainly have been a more deserving recipient. But, as is so often the case, the film that should have won wasn’t even nominated. That film is, of course, Peter Weir’s The Truman Show, a film that managed to be prescient, classic and of its time.

Filmed in the creepy-perfect planned community of Seaside, Florida, The Truman Show is at first a J. Crew catalogue of a film, airbrushed and stylish and an arm’s length away. But as we’re immersed in Truman Burbank’s story, it becomes evident that what we’re seeing is commentary rather than commerce. Truman, played with man-child brilliance by Jim Carrey, isn’t an everyman: he’s a mannequin.

With The Truman Show, Weir and writer Andrew Niccol eerily previewed the era of the 24-hour celebrity. Truman was the original Kardashian, and it’s important to note that the film pre-dated reality-competition founders “Big Brother,” “Survivor” and “The Amazing Race.” Just as impressive is how The Truman Show’s vision traverses mediums. Anyone who reached the “end” of a ‘00s era “open-world” videogame will realize that Weir imagined the human experience of that endeavor with this film, an idea that was copied in the highly successful Hunger Games series.

Though he’s best known for his zany, Ace Ventura-era humor, The Truman Show represents star Jim Carrey’s best work. It is hard to imagine any other actor capturing the necessary mix of curiosity and plasticine acceptance that Carrey summons here. The audience is uncomfortably put in the position of being both a supporter of Carrey’s Truman and also a voyeur, and Weir expertly navigates this dichotomy by making Truman alternately heroic and childish.

The supporting cast is exceptional as well. Laura Linney plays what is essentially a dual role as an actress tasked with the lifelong responsibility of playing Truman’s wife, and her product-placement-focused delivery is both hysterically funny and existentially tragic. Linney, who has since proven herself to be one of the finest actors of her generation, combines enthusiasm, anger and ambition to powerful effect here.

Ed Harris’ Christof, a chilly successor to Faye Dunaway’s Diana Christensen from Network, is the mastermind here, but he stays at a distance, allowing his emissaries to do the hands-on work. Harris’ involvement is particularly notable 20 years on, as his role in “Westworld” is a sadder, more vicious version of Christof. His moon-based speech late in the movie is one of film’s great moments.

The ending of The Truman Show is messy, which at the time seemed not only irritating but also out of character for the meticulous director Peter Weir. However, as time as stretched on, Weir has made only two more movies, 2003’s exceptional Master and Commander: The Far Side of the World and 2010’s underseen The Way Back, and both have signaled a penchant for continuing the story. This doesn’t mean that Weir is eager to make sequels; rather, his willingness to leave his stories open shows a hope for a hope for audience engagement. He’s leaving it up to those who consume his work to finish it.