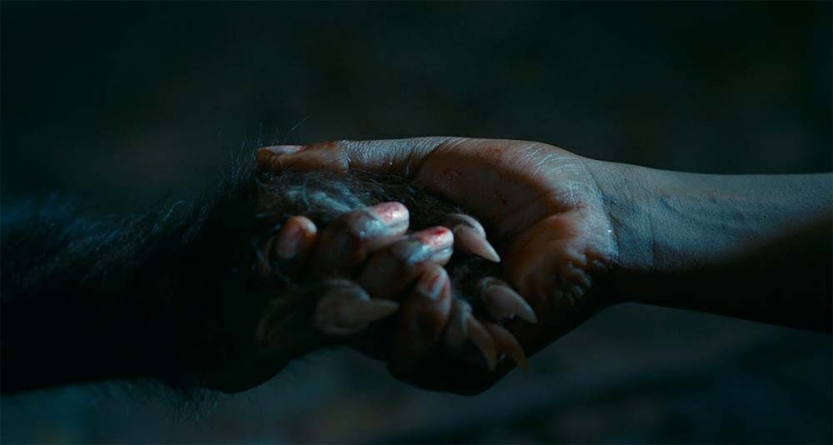 Good Manners is the kind of film that should indulge its viewers. Instead, it will likely leave most unsatisfied.

Fans of art films, indie horror and LGBT+ representation will badly want to love Good Manners. It seemingly has everything: beguiling leads, a stunning and complex setting, frequently sharp camera and music work and a genuinely intriguing concept. However, yawn-inducing pacing and the dull inability to settle on any tone cripples the film.

The film opens with Clara (Isabél Zuaa), a nurse in São Paulo, Brazil, hired as a nanny by expectant mother Ana (Marjorie Estiano). Wealthy, white Ana expects Clara to be a housemaid until the baby arrives. Clara, who is black, bristles at the expectation, but decides to take the job. Once she does, Ana’s behavior grows increasingly odd as the baby approaches, and Clara begins to realize something is dangerously amiss.

Directors Juliana Rojas and Marco Dutra, who also wrote the film, do an effective job of contrasting Clara and Ana without forcing them into trite dialogue. They represent different aspects of modern Brazil yet are still believable characters rather than tropes. The directors are, of course, dependent on Zuaa and Estiano to convey a lot of this through body language, and both actresses are up to the job. Zuaa plays Clara with a determined poise and quiet, proud demeanor, while Estiano’s Ana is a woman of visceral actions and reactions, which become essential to the plot.

Unfortunately, the plot hardly moves along at all. Rojas and Dutra indulge so wholly in cinematographer Rui Poças’ darkness-soaked shots and the snooze-inducing harp solos that it remains hard to focus on Clara and Ana, even when they become romantically involved. This is perplexing, because what bits of plot progression exist are violent, sexual and supernatural, none of which fit the languid pacing. Patient filmgoers will be treated to sex, violence, werewolves, musical numbers and even a 10-year time jump. Yet none of the occurrences, no matter how extreme, invite the viewer in. For such an inclusive piece of work, Good Manners is coldly told.

The film’s best moments are its final ones, which while invigorating, are profoundly frustrating because they suggest a much better film than presented. It’s almost as if Rojas and Dutra realized how much they’d meandered in the first two hours and inject all of their misplaced precision into the film’s final fifteen minutes.

Also frustrating is just how good the various components of the film are, from the aforementioned performances, cinematography and setting to much of the score by brothers Guilherme and Gustavo Garbato, to the chemistry between the two leads and the subtlety of a werewolf element. But all of these positives are stretched so thin by the sparse, slow filmmaking that they lose their luster. Part of this has to do with the film’s structure, which is split into halves by the arrival of Ana’s baby. The second half catches up with Clara 10 years later, and replaces Ana with her son Joel (Miguel Lobo). Though their relationship leads the film to those excellent final moments, it doesn’t have the unpredictability of the Clara-and-Ana section, and the large time jump feels odd considering how much extra room there is in the film’s 135 minutes.

The bold imagination and discerning taste that went into the plotting, casting and production of Good Manners should leave audiences hopeful for what Rojas and Dutra do next. But hopefully their next endeavor will a more focused experience. Good Manners is the kind of film that should indulge its viewers. Instead, it will likely leave most unsatisfied.