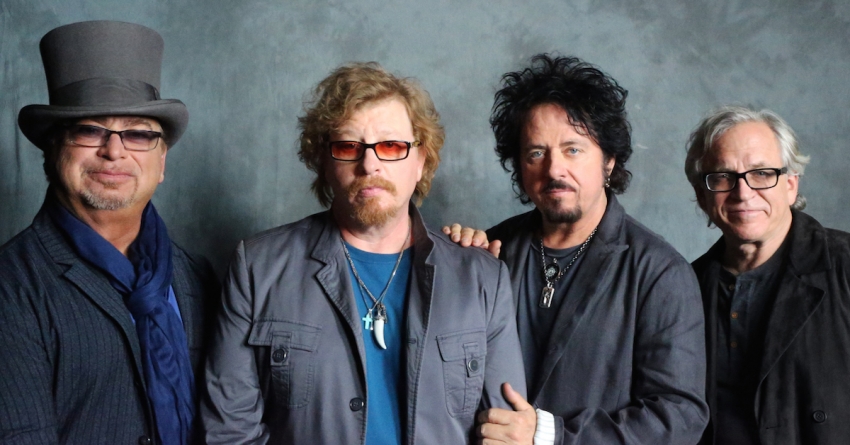 There’s just something about seeing a band performing songs that have become cultural touchstones.

Toto’s music exists in a weird space. To the average person, their songs are only passive listening experiences—you’ll hear them in any grocery store in America if you’re there long enough. In talking to people about the band’s hits, I would frequently hear “I don’t know that song,” but when they’d hear 20 seconds of it, they’d realize they knew nearly every word. Turning the act of hearing the band’s music into an active listening experience is somewhat jarring at first, and they almost seemed aware of that enough that, at Portland’s Revolution Hall, they trotted out “Hold the Line” for their second song, to force people into that active listening headspace.

There’s just something about seeing a band performing songs that have become cultural touchstones that feels refreshing in a way that few things in live music do. I’ve seen dozens of reunited bands, and the best moments are ones where older bands play “that song”—or, if they’re lucky, “those songs.” I first experienced this watching Tears for Fears several years back performing “Shout” and “Everybody Wants to Rule the World,” and realizing I wasn’t watching a cover, but the genuine article. Seeing Toto live represents a gap being bridged: I saw frontman Steve Lukather perform with Ringo Starr’s All-Starr Band in 2016, wherein I experienced “Hold the Line,” “Rosanna,” and, yes, “Africa”—all performed with Todd Rundgren on guitar and Ringo Starr himself on drums. While this was the closest thing to an honest-to-god fever dream I’ve ever experienced at a live show, it didn’t so much as satisfy the itch to see those songs played by their source as much as it made the itch worse.

It’s always a crapshoot when you see an older band, especially one that could be described as “past their prime.” As a younger person, it’s often possible to see a band and leave the show with a sense of, “At least I can cross them off the list.” I’m happy to tell you that, despite how surreal it was seeing the Toto doing these songs—and in such a relatively small venue—it was also an altogether pleasant and fun experience.

To their credit, the band were fantastic at not letting on about the dissonance between the performance onstage and the venue around it. Revolution Hall is the auditorium for the former Washington High School, and if you were close enough to the stage, it was easy to forget that you were in such a small room. The stage they were playing on was smaller than it could have been, but the band’s presence and presentation both belied the venue size. The lights, Plexiglass drum shield and solos could have fit nicely at Portland’s large outdoor venue Edgefield, but Rev Hall holds just under 900 people—it felt like the band didn’t know how to adapt their music for smaller stages.

But, there was the center of the set, in which the band performed shortened, stripped-back versions of several of their hits—“Georgy Porgy” and “Holyanna” were played, as was “Human Nature,” the Michael Jackson song written by keyboardist Steve Porcaro. It’s unclear why these exist in shortened form here, but what set this segment apart is that each song got a hefty introduction: why they’re playing it and who wrote it, or a story about the lyrics—“Human Nature” was prefaced with a story about it being based on a conversation Porcaro had with his daughter after a bad day at school. I almost would have loved a longer version of this two-hour show, in which each song gets this intro, but gets played in full. This was the best part of the night: a band comfortable enough with their music to deconstruct their music before a live audience. Can more bands do this, please?

Beyond this, it was a solid wall of cheesy guitar solos and classics. A performance of the “Desert Theme” from their Dune soundtrack gave way into a theatrical rendition of “While My Guitar Gently Weeps,” each comically oversized. Neither of which, though, reached the heights of excess achieved by a nearly 10-minute “Africa,” complete with drum and percussion solos, every last drop a tribute to the power to resurrect bands that the internet at large wields. But that’s not all: to top everything off, Tot performed just one encore song—their cover of Weezer’s “Hash Pipe.”

Should you see Toto? Your mileage may vary. If you need to experience the exhilaration that comes with following a classic rock standard back to the source, you couldn’t go wrong seeing the band. For anyone else, it’s a matter of how badly you want to scratch that itch.